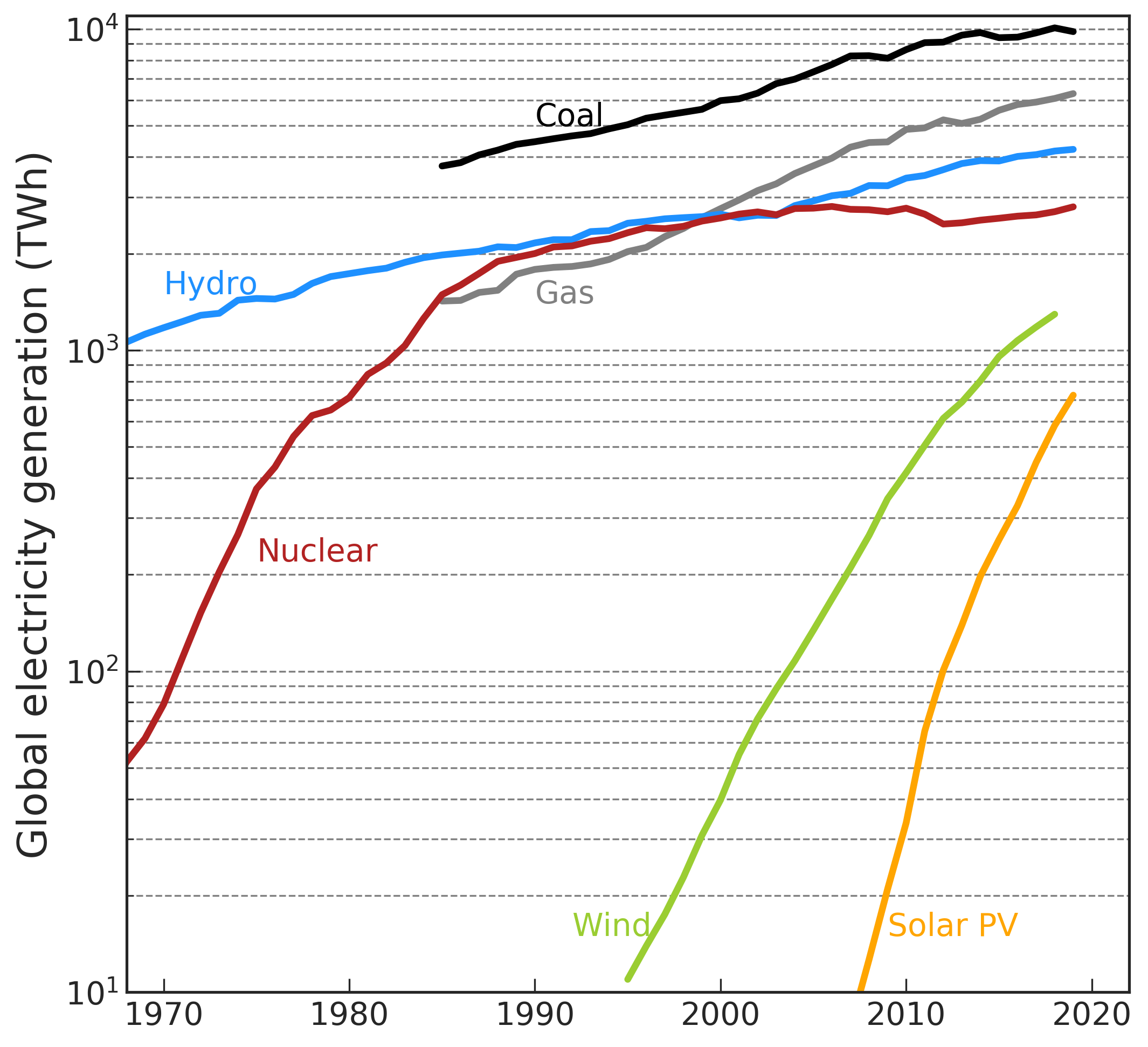 Several years ago (c. 2014), a spate of reports appeared from the research arms of financial and investment banking groups, as well as from the International Energy Agency (IEA), projecting solar photovoltaic (PV) to become the dominant electricity source globally over the following two decades, reshaping the global energy economy. These included the Bank of America, Barclays, Citigroup, Fitch Ratings, Goldman Sachs, Morgan Stanley, Deutsche Bank, Abu Dhabi National Bank, and UBS. The various reports attributed this shift to the declining cost curve of solar PV, batteries, and related equipment that will make rooftop solar the dominant form and will pose a threat to traditional utility business models. The 175-page Deutsche Bank report even called solar-plus-storage “the next killer app.”[1]

Today, this prophecy seems to have been more than fulfilled in terms of the cost curve. However, it has not yet been fulfilled in terms of diffusion into the market—or more interestingly—in terms of its embrace by climate experts and policy modelers, including the International Panel on Climate Change (IPCC). Why is this the case?  The reason for this gap is the subject of an impressive and thorough new report, “Solar photovoltaics is ready to power a sustainable future,” published by Joule, the Elsevier academic journal on energy.

This paper resulted from input associated with the ‘‘100% renewable energies’’ session at the 47th IEEE PVSC Conference, June 2020. The article lists twelve authors, from universities, research institutes, and governmental and non-governmental organizations around the world, including the lead author Professor Dr. Marta Victoria of the Interdisciplinary Centre for Climate Change, Aarhus University, Denmark.

The central thesis of the paper is that the models and scenarios used by climate policy analysts, known as “integrated assessment models” (IAMs) are generally flawed and significantly understate both the reality and potential of solar PV to deal with the climate crisis.

Limiting global temperature increase to 1.5º C requires a rapid and profound transformation of our energy system. Solar photovoltaics (PV) is a mature technology ready to contribute to this challenge. Throughout the last decade, a higher capacity of solar PV was installed globally than any other power-generation technology and cumulative capacity at the end of 2019 accounted for more than 600 GW. However, many future low-carbon energy scenarios have failed to identify the potential of this technology (p. 1).

The paper explores the numerous gaps and shortcomings of the IAMs constructed by various groups of experts and used to set policies and priorities for addressing the challenges posed by global warming. Constructing such models is a challenging inherently interdisciplinary undertaking because of the varied mix of economic, technological, social, and cultural factors and assumptions involved. Also, each modeler has their own area of expertise and interests, and the situation presents a moving target.

Some missing factors or problematic assumptions identified in the paper include:

The paper is written in a rigorous academic style that is thorough, productive, and non-confrontational, even though it is pointing out some shortcomings of its audience. The paper includes 130 footnote references—mostly cites to other supporting technical papers. A substantial amount of material including charts, graphs, tables, explanatory text, and 54 additional supplementary references is provided in a “Supplementary Information” section available and downloadable on the Joule website linked in the paper.

The main points or highlights/findings of the paper include:

In its conclusions, the paper makes a point that seems to have escaped many modelers and policymakers:

Failing to identify the prominent role that solar PV will play in a future climate-neutral energy system weakens the communication of an important message: PV technology is ready to ramp up fast and contribute to mitigating emissions by 2030, which will be key to remain on a path compatible with the Paris Agreement. Installation times are shorter for solar PV than for other conventional technologies and PV modularity is again a benefit for ramping up (p. 11).

Much of the recent technology and policy discourse about “grid modernization” has been focused on and framed within the conventional electric power big-grid paradigm. In contrast, the paper authors make some interesting points:

For developed countries, rooftop PV systems owned by citizens and small companies not only increase awareness, they can raise additional investments for the energy transition. Proper policy interventions and business models can ensure that rooftop PV also diffuses among low- and moderate-income households.126 For less developed countries, solar PV could be used in solar home systems or microgrids to provide electricity to the 860 million people who still live without it (p. 11-12).

In conclusion, the authors call for a sustained scaling up of solar PV over the next decade by creating adequate regulatory frameworks that reduce soft costs, by reducing capital costs through technical and manufacturing innovation, by enabling and encouraging the electrification of other energy sectors, and by strengthening research on improving the efficiency and reliability of PV and related systems. They propose solar PV as a major element in mitigating the effects of global climate change.

In studying the above solar PV paper, some questions come to mind: why is solar PV undervalued by analysts, policymakers, and the electric power industry; why is it not moving faster; and what are the barriers? 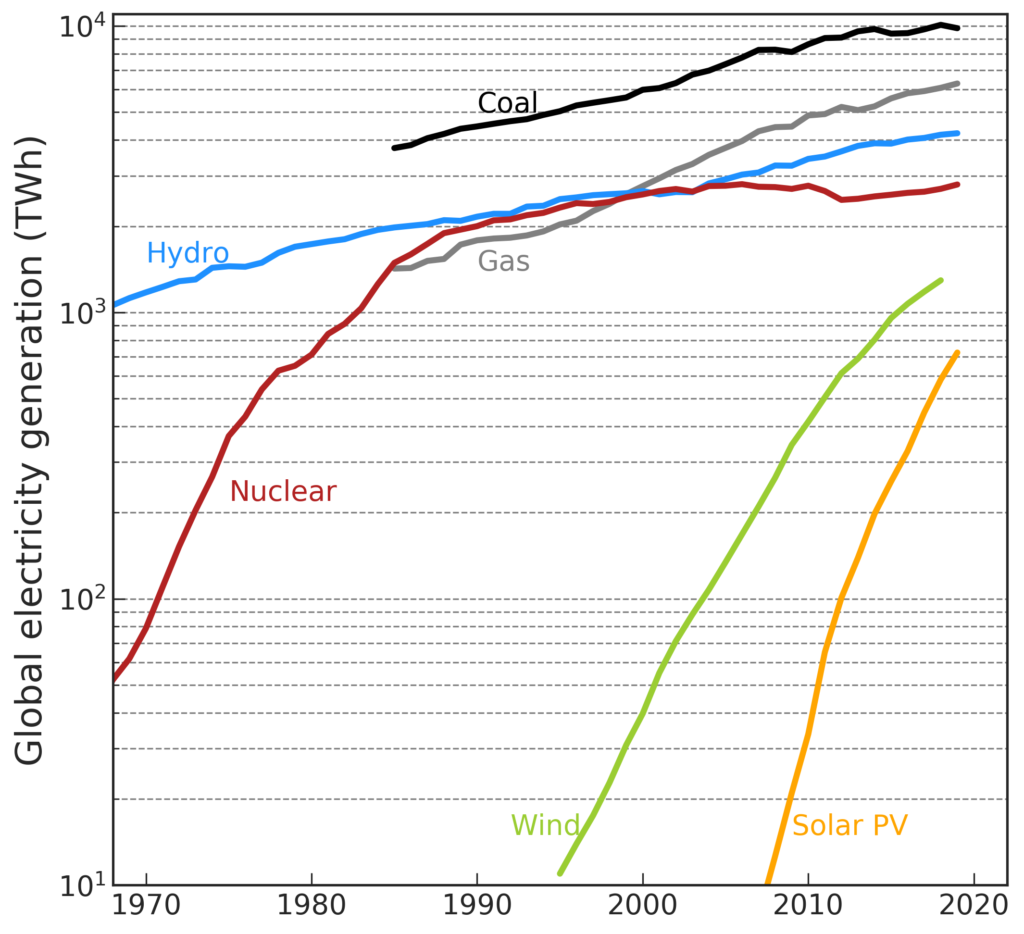 There are a number of immediate answers that are more or less obvious. The electric power industry is extremely conservative, and its structure, business model, and technology have not fundamentally changed in well over a century. It was very capital-intensive and became entwined with the banking industry and Wall Street from its very earliest days (c. 1900). Most of the electric power in the United States is dominated by private investor-owned utilities (IOUs), and even the local municipal electric companies or customer-owned co-ops are bound into the dominant structure and culture of a centralized electricity grid.

Electricity regulation in the United States is mostly at the state government level, and individual regulators tend to be closely tied to the interests of the regulated industry (sometimes called “regulatory capture”) and unwilling or unable to make the consequential changes they may now face. Large investments have been made in generation and transmission, particularly in coal plants, that are typically paid for over several decades through regulated rates and generous profits. Any pressure for a rapid shift to renewable energy, as is emerging today with wind and solar, threatens to make these investments into “stranded assets.” Wind and solar are inherently dispersed, or “distributed” resources that are variable and without conventional “fuel” cost. One result is that renewable energy is seen as disruptive to the centralized business and structural model that has existed for so long, making the utility’s path to the future ambiguous and unclear.

The most basic assumptions upon which the electricity industry was built are now being called into question. These problematic assumptions include economy of scale in generation/transmission, centralized system architecture, dependency on large-scale finance, natural monopoly, cost-of-service pricing, and return on capital assets regulation. None of these assumptions are likely to survive long with the advent of solar and distributed energy technologies, but the industry will likely devote great effort to avoid change. In any case, it seems inevitable that various forces will likely dramatically change the architecture of the electricity grid and the role of both utilities and regulatory bodies.

The overall result is a set of institutional barriers that are intractable and shaped by political and economic factors well above and beyond the largely socio-technical issues addressed in the solar PV paper.

Underlying the immediate issues, however, fundamental problems also bear on the broader problem of climate change itself. In reality, the institutional inertia and related barriers are likely to be far greater than the technical barriers.

In May 2021, the IEA released a groundbreaking 225-page report titled Net Zero by 2050: A Roadmap for the Global Energy Sector. [2] In the foreword, Executive Director Dr. Fatih Birol called for…

…nothing short of a total transformation of the energy systems that underpin our economies. We are in a critical year at the start of a critical decade for these efforts. The 26th Conference of the Parties (COP26) of the United Nations Framework Convention on Climate Change in November is the focal point for strengthening global ambitions and action on climate by building on the foundations of the 2015 Paris Agreement (p. 3). [emphasis added]

The new IEA report lays out a pathway to the critical and formidable goal of net-zero emissions by 2050 while noting optimistically that “the path is narrow but brings huge benefits.” It asserts that “Beyond projects already committed as of 2021, there are no new oil and gas fields approved for development in our pathway, and no new coal mines…” (p. 21). It calls for a massive and rapid scaling up of solar and wind, “…reaching 630 Gigawatts of solar PV and 390 gigawatts of wind by 2030, four times the record levels set in 2020. For solar PV, this is equivalent to installing the world’s current largest solar park roughly every day” (p. 14).

This is a dramatic change for an agency formed in the wake of the 1974 oil crisis to establish policy largely to support the petroleum industry. But calling for such change and bringing it about are two different things. Climate change is most likely the biggest challenge in human history – how to sustain the technological society we have created in the face of the environmental consequences that have resulted from it. It is a basic challenge to our industrial culture, not a simple change of technology.

Today’s global industrial culture has its basis in two foundational institutions:
1) the capitalist system of commercial activity; and 2) the limited liability corporation. A culture based on corporate capitalism is focused on self-interest, not on the commons or on the common interest. In fact, capitalism was based largely on “enclosure” (i.e., privatization) of the commons in its earliest inception, as it grew out of feudal England, and later spawned the industrial revolution that spread across the globe. Any original (c. 1600) corporate obligations to the “public” have long gone missing from corporate charters. Today, we cope with the many consequences of this form of industrial organization, including global warming.

Another factor is the culture clash between enlightenment ideals and traditions of democratic governance vs. corporate authoritarian governance. These two cultures live in constant dynamic conflict. But we are committed to our global industrial civilization—there is no alternative—and we must find new and better ways to govern it—how choices are made—if our civilization is to continue in any form that we might recognize.

Yet another challenge is intergenerational. Many of those who are in a position to make today’s critical choices will not be around in 2050. In any case, our industrial system needs to adapt fast. The IEA did not give us all the details, but they did say that solar PV would be key.

About the Author
Tim Schoechle is a consultant in computer and communications engineering and policy and a Senior Research Fellow of the National Institute for Science, Law and Public Policy. He presently focuses on engineering and policy related to fiber-optic networks, distributed solar-plus-storage, and microgrids; and he develops related technical standards for ISO/IEC. He holds a Ph.D. in Communication policy from the University of Colorado, Boulder, and has served as a faculty member of the University of Colorado College of Engineering. He can be reached at schoechle[at]colorado.edu