What is the Significance of Potential Solar PPA Legislation in Florida? 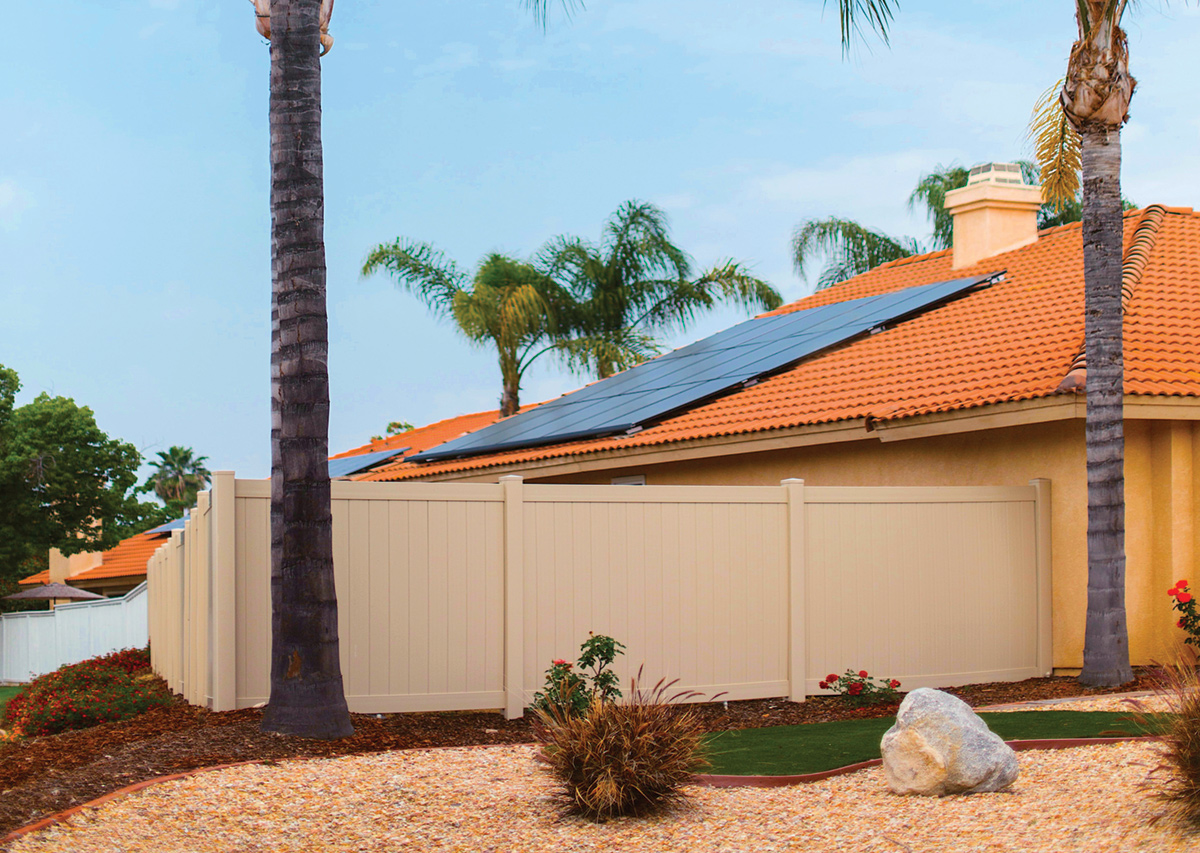 If solar PPAs were allowed in Florida, they could have similar impacts for small businesses and schools that are more cost constrained. © Vivant Solar

Despite Florida’s position as a leading solar energy state, there remains plenty of room to grow through regulatory changes that can improve access to solar for smaller sized systems. To date, Florida has put in place policies that make it harder to finance smaller-scale solar arrays that can benefit small businesses, non-profits, or schools. One such policy concerns power purchase agreements, or PPAs, for solar. In general, PPAs are a solar energy program design that allows a third-party to build, own, and maintain a solar photovoltaic (PV) system, while the host customer purchases the system’s electricity output, at a lower rate, for a pre-arranged time period, typically 15–25 years. While PPA legislation has been proposed in the past in Florida, no efforts have been successful to date.

Under State Statute 366.02, Florida places the same regulations on any entity selling electricity, from large investor-owned utilities to smaller-scale solar developers. This statute leads to high administrative costs and regulatory hurdles that make it overly burdensome for many solar developers in the state to build projects. In 2016, a grassroots group called Floridians for Solar Choice attempted to push forward a “Solar Choice Amendment” on the November ballot which would have more easily allowed third-party solar development, but it ultimately failed to gather enough signatures. In 2019, state Senator Lori Berman proposed Senate Bill 1290, which would have exempted owners of third-party PPA contracts with publicly funded K–12 schools from the definition of a public utility. Yet, this bill was postponed indefinitely and ultimately died in committee. A similar bill was proposed by Senator Berman in 2020, and yet another has emerged in 2021. Regardless, it is apparent that complexities and some reluctance exists in Florida’s legislature to enable solar PPAs, ultimately prompting the need for additional research to quantify the impacts that such legislation could bring to the state.

In 2020, researchers at the University of Central Florida and Ohio University collaborated to conduct a study that specifically calculated the economic and environmental impacts of potential PPA legislation in Florida. This study (“Impact Analysis of Power Purchase Agreements (PPAs) in Florida”) first reviewed other states’ PPA policies, profiled Florida PPA case studies of a municipality, a church, and a school district, and then computed the prospective impacts of adding new solar energy to the grid if Florida were to enable PPAs. The research team described how Georgia’s “Solar Power Free-Market Financing Act,” which allows PPAs, contributed to a rapid growth in solar generation since the legislation was enacted in 2015. According to U.S. Energy Information Administration data, Georgia currently has 3.5 times more small-scale solar generation than Florida. Additionally, they cite research from the Brighter Futures 2020 report by Generation180 on the impact of solar in schools, which finds that 91% of solar installed on schools comes from states where PPAs for solar projects are allowed such as California, Arizona, and Virginia. If solar PPAs were allowed in Florida, they could have similar impacts for small businesses and schools that are more cost-constrained.

Moreover, the research team calculated the job and economic impacts, as well as pollution-related benefits (i.e., greenhouse gases (GHGs) mitigated)) for three projected solar deployment scenarios: a “low” scenario (1.2 gigawatts (GW)), a “moderate” scenario (1.6 GW), and a “high” scenario (2.0 GW). The results indicated that, in the low scenario, new solar via PPAs could support 15,480 one-time construction jobs in Florida, and 138 annual operations and maintenance (O&M) jobs over the life of the systems. Similarly, the moderate and high solar deployment scenarios, respectively, could support 20,639 and 25,799 construction jobs, and 184 and 230 O&M jobs in Florida. Additionally, the researchers also calculated that the construction of these solar projects, if PPAs were enabled, would generate $2.3 billion, $3.1 billion, and $3.8 billion of total economic impacts across the three scenarios, respectively. For the O&M phase of this new solar build out, this would create $15.9 million, $21.2 million, and $26.5 million of annual economic impacts to Florida across the low, moderate, and high scenarios.

From an environmental benefit perspective, this study found that roughly 2 to 3 million tons of GHGs would be mitigated depending on the deployment scenario. This would be the equivalent of taking approximately 90,000, 120,000, and 150,000 cars off the road in Florida across the low, moderate, and high scenarios, respectively. These calculations were done using the current and projected levels of electricity consumption and electrical power generation within Florida, identifying the GHG emissions rates for electricity generated by utilities in the state under their current fuel mix, and then modeling the potential GHG emissions savings that would result by adding new solar energy capacity to this mix. Finally, the study found that between 1.8 and 3.1 million megawatt hours (MWh) of electricity would be produced via solar in Florida if PPAs were allowed, depending on the actual number of projects built.

The legislative history of PPAs in Florida indicates that information beyond anecdotes or other circumstantial data was necessary to better inform future policy changes related to this issue. Historically, large electric utilities, and more conservative-leaning elected officials, have pushed back on proposals to allow for more renewable energy generation in the state. The new study released in late 2020 offers, for the first time ever, comprehensive and objective economic and environmental impact calculations for PPAs, which can serve as a practical tool for policymakers and other stakeholders working on this issue. The models show that legalizing PPAs would create numerous employment opportunities and drastically reduce air pollution by generating millions of MWh of local electricity. PPAs are currently permitted in most U.S. states, but Florida would need to either pass a legislative bill to enable this financing option or authorize PPAs via a ballot initiative.

Solar United Neighbors, a national nonprofit organization that helps people go solar, is currently leading a campaign, along with other partners, like ASES Chapter Florida Renewable Energy Association (FREA) to help Florida schools, government buildings, churches, and other non-profit organizations go solar via PPAs. Understanding the economic and environmental impacts of legalizing PPAs, as well as the benefits they would provide to municipalities, schools, and nonprofits, provides, in total, a compelling case for the state to more seriously consider adopting legislation, especially with a larger advocacy coalition pushing on this issue. It will be interesting to see how the state responds during the 2021 legislative season.

About the Authors
Dr. Kelly Stevens is an Assistant Professor in the School of Public Administration at the University of Central Florida and a member of the Resilient, Intelligent, and Sustainable Energy Systems (RISES) cluster. Her research focuses on energy and environmental policy, air quality, and resilience.

Gilbert Michaud, Ph.D. is an Assistant Professor of Practice at the George V. Voinovich School of Leadership and Public Affairs at Ohio University. His research focuses on renewable energy policy, electric utilities, and economic/workforce development, and he holds a Ph.D. in Public Policy and Administration from the L. Douglas Wilder School of Government and Public Affairs at Virginia Commonwealth University.

David Jenkins is a Research Associate at the George V. Voinovich School of Leadership and Public Affairs at Ohio University, focusing on energy policy and economic development studies, largely related to renewables, climate, and sustainability. He holds a bachelor’s degree in Applied Mathematics from the University of Akron, and a master’s degree in Ecology and Evolutionary Biology from Ohio University.