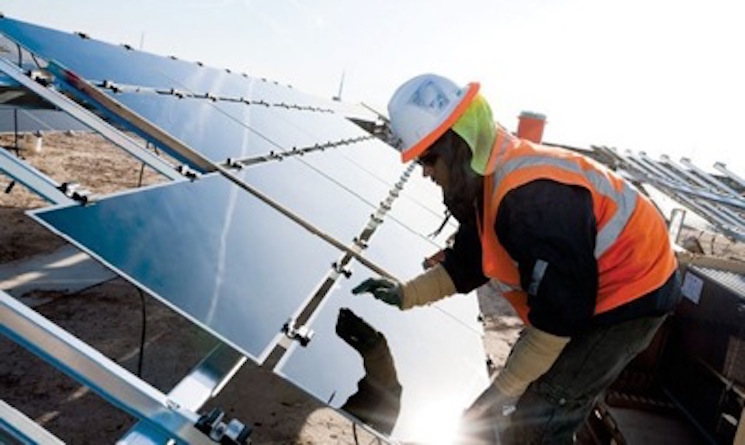 In 1989, a power engineer for Pacific Gas and Electric Co. named Dan Shugar proved that distributed solar reduced the peak loads handled by transmission lines and transformers. This meant that a utility company could save a lot of money by encouraging small solar installations scattered around its service territory. When air conditioning loads are met in part by power generated in the neighborhood, it reduces the need for expensive new power lines from central generating plants. It even reduces the need for expensive new generating plants.

That’s still true. The more distributed power comes on the grid, the less ratepayers must pay for new and upgraded facilities. A number of municipal utility districts (notably in Sacramento, Calif., and Austin, Texas) have made good use of distributed power to cut their maintenance and infrastructure costs. The Austin utility calculates that the value of solar to its own operations is more than 12 cents per kilowatt-hour, and that’s what it pays for rooftop power. The argument was so persuasive that over the years, 43 states have adopted net- metering rules to encourage distributed solar.

But investor-owned utility companies (IOUs) don’t see it that way. What they see is that they make money by selling electricity, and owners of rooftop solar buy less of that. And they see that they have traditionally made money by building new generating and transmission facilities (most regulated utilities are allowed to earn a profit on everything they build or buy, from nuclear plants to coal).

Many utilities now recognize that they can make money building large solar and wind farms, with the transmission lines to handle the new capacity. The cost is passed on to ratepayers, and the electricity is sold just as if it came from a coal or nuclear or hydro plant.

But distributed generation, owned by homeowners, ranchers, farmers or leasing companies, is a serious threat to a utility’s business plan. In January 2013, the Edison Electric Institute (EEI) — a research organization funded by the utility industry — called distributed generation and net metering a “disruptive” threat, and made the following recommendation:

While net-metering policies vary by state, generally customers with rooftop solar or other DG systems are credited for any electricity they sell via the electric power grid. Electric companies are required to buy this power typically at the full retail rate, which includes all of the fixed costs of the poles, wires, meters, advanced technologies and other infrastructure that makes the grid safe, reliable and able to accommodate solar panels or other DG systems. Through the credit they receive, net-metered customers effectively are avoiding paying these costs for the grid. As a result, these costs are shifted to those customers without rooftop solar or other DG systems through higher utility bills.

Net-metering policies and rate structures in many states should be updated so that everyone who uses the electric grid helps pay to maintain it and to keep it operating reliably at all times. This will ensure that all customers have safe and reliable electricity and that electric rates are fair and affordable for all customers.

In effect, EEI chose to ignore the work done by Dan Shugar’s team 24 years ago. The industry now claims that non-solar ratepayers support the grid infrastructure and solar ratepayers do not.

And so, over the past year, utilities in California, Arizona, Georgia and Colorado have sought to add a surcharge to the monthly electricity bills paid by the owners of rooftop solar arrays.

In California, the nation’s largest and most progressive solar market, IOUs backed Assembly Bill 327, which would have imposed a flat $10 fee on all ratepayers as a regressive way to support the grid infrastructure; and it would have ended net metering next year. The solar industry and solar homeowners fought back and got the bill amended into something much more solar-friendly. When signed into law in August, AB 327 continues net metering and gives the California Public Utilities Commission authority to lift caps on net metering and even on the 33 percent renewable portfolio standard.

In Arizona, the IOU Arizona Public Service (APS) asked for permission to impose an up to $50 monthly surcharge on electric bills paid by net-metered homeowners and small businesses. Free-market conservatives led by Barry Goldwater, Jr., joined with solar advocates to fight the new fee. While the state’s Corporation Commission generally agreed that APS needed the fee, in November they slashed it 90 percent. New solar system owners will for now have to pay 70 cents per kilowatt of installed capacity, per month, or about $4.90 for a 7-kW system. It’s a setback but not a showstop-per for solar installations. The door is open, however, for the commission to raise the fee in years to come, so the battle will continue.

Georgia Power was dead set against any form of solar power. Consumers — conservative and conservationist alike — were enraged when the IOU pushed through a surcharge to support construction of nuclear power plants. The result: Tea Party and Sierra Club activists came together as the Green Tea Coalition. They lobbied hard, cited Austin’s value-of-solar experience, and in July convinced the Public Service Commission to mandate 525 megawatts of solar power.

That same month, in Colorado, Xcel Energy filed its power delivery plans for 2014. The company said that its value of solar was only 4.6 cents per kilowatt-hour, and it wants to slash the net-metering rate, currently set at the retail electricity rate of 10.5 cents per kilowatt-hour. And it wants to impose a monthly grid-maintenance charge. The solar industry will fight back vigorously. Hearings are set to begin Feb. 3, before a three-member Public Utilities Commission that now includes a former ALEC activist.

Challenges will be mounted to distributed energy in more states. Local solar advocates need to follow utility-company actions closely and be prepared to respond.

In the meantime, energy free choice has emerged as an issue that can unite solar advocates from the right and left. It’s time to reach out to folks who don’t trust monopolies, for whatever reason, and make common cause.

Seth Masia (smasia@ases.org) is the executive director of ASES and editor of SOLAR TODAY.