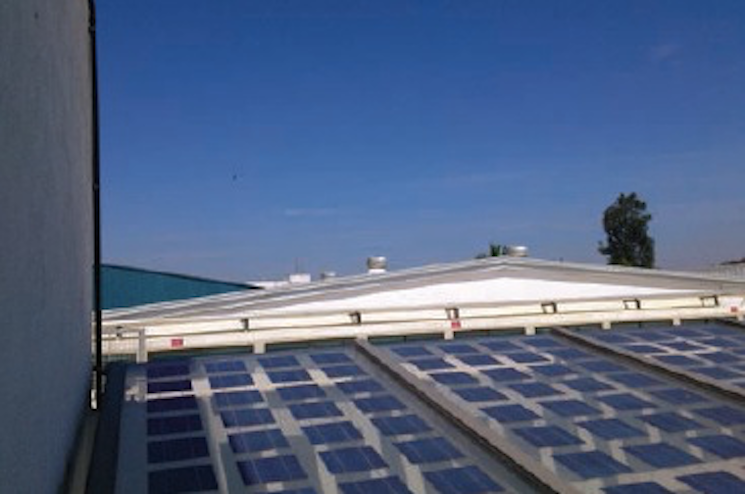 According to two recent International Energy Agency reports, solar power could become the world’s leading source of electricity by 2050. Internationally, solar production as a contribution to overall energy is steadily rising. Although the United States lags behind Europe, forecasts predict significant growth in the use of solar power domestically as well. More

Solar Power Could Be World’s Largest Electricity Source by 2050

Researchers at Ohio State University recently developed a hybrid device that combines a battery and a solar cell into a device that not only produces its own energy, but stores it as well. Light and oxygen react within the battery, creating a chemical reaction that charges the battery. The development of this device could further reduce solar power costs as well as improve system energy efficiency. More

The Okinawa Institute of Science and Technology has developed a solar cell that relies on a type of inexpensive semiconductor called perovskite materials. The hybrid solar cells are 135 nanometers thick and could theoretically be used to create lightweight window blinds that would supply power to the rest of the building in which they are installed. More

Led by Alejandro Briseno of the University of Massachusetts Amherst, an international team of researchers has started to develop organic solar cells inspired by blades of grass. Creating the cells out of vertical nanopillars, the team envisions cells that could be applied to toys, gadgets, and short-lived disposable devices. More

Sunflower Solar Harvester is Capable of Supplying Both Electricity and Water

Airlight Energy of Biasca, Switzerland, has developed a practical, easy-to-ship and build device that can generate heat, clean water, electricity-and, with the addition of a heat pump-provide refrigeration as well. The mirrors on the ‘petals’ of the Sunflower are made from low-cost metallized foil designed to keep costs low, and the device should be able to produce 12 kilowatts of electricity during ten hours of exposure to sunlight. More

According to Michael Gorton, founder and CEO of Principal Solar, utility-scale solar power installations will grow significantly in the southwestern desert areas of the United States over the next decade or so. These areas have low population densities and are located far away from major energy consumers, however, so there remains the need to find a way to efficiently and inexpensively transport the electricity produced.More

The materials used to make photovoltaic (PV) materials can limit the efficiency of solar cells. When photons strike molecules of a solar cell, energized quasi-particles called excitons are released that produce an electric current. However, the materials used to make PV cells are full of minuscule defects that trap the excitons and waste their energy. Researchers at the Massachusetts Institute of Technology and Harvard have found a way to ensure that excitons do not fall into these defects, increasing the overall efficiency of the solar cell. More

Mission Solar is testing double-sided panels with University of Texas at San Antonio researchers in order to increase the overall amount of energy produced at solar farms. Theoretically, double-sided solar panels will produce more energy overall and have a longer lifespan than the average solar panel. The researchers are exploring optimal positioning of the panels as well as how different ground materials-grass, asphalt, cement, etc.-affect energy production. More

Honda recently contributed $50 million to support Solar City’s research in solar power efficiency and production. The long-term plan is to design low-cost solar panels that will not require large initial payments to be installed on homeowners’ roofs. In 2013, Honda provided $65 million to Solar City in an effort to work towards zero-carbon emissions. More