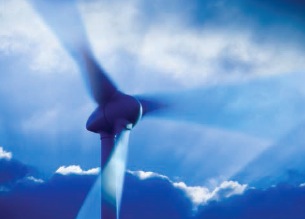 While wind turbines generating power near the point of end use — or distributed wind — have not yet seen the rapid market developments experienced with solar photovoltaics and utility-scale wind farms, their cumulative capacity has grown by more than 40 percent annually over the past decade, totaling more than 69,000 units across all 50 states.

Recognizing diverse benefits to the local economy and strengthening the grid, members of the ASES Wind Division have established a long-term vision and are developing a five-year plan to ensure that distributed wind, including wind turbines of any size serving local loads, plays a growing role in the U.S. energy mix and export markets. The Wind Division focuses on the gaps in understanding of key issues as well as exploring new opportunities for a robust distributed sector, with a goal of 3 percent of the U.S. electricity needs met from distributed wind by 2030.

The Wind Division informs stakeholders, including equipment and service providers and policy makers, about facts, realities and opportunities of distributed wind. As new financing models evolve and energy production costs decline, Wind Division members believe that distributed wind growth rates of 25 to 30 percent can be sustained over the next two decades to increase installed U.S. capacity from less than 900 megawatts (MW) today to more than 50 gigawatts (GW) in 2030.

The Distributed Wind Energy Association (DWEA), a national trade group closely allied with ASES, believes that strong incentives and R&D support are needed to develop the industry into maturity, as installed costs must decline dramatically and capacity factors must increase substantially if distributed wind is to reach its 500+ GW, $2 trillion global potential by 2030. DWEA’s 2025 targets are installed costs of $3.20 to $4.50 per watt with average capacity factors of 35 percent or better, bringing distributed wind’s levelized cost of energy to 7 to 10 cents per kilowatt-hour. DWEA has also identified technology bias in state and utility incentive programs as an area that needs addressing.

Historical global leaders in the sector, U.S. small wind manufacturers stand ready to claim a dominant share of this market and continue excelling both domestically and with exports. According to the U.S. Department of Energy’s “2012 Market Report on Wind Technologies in Distributed Applications,” nine of the top 10 models of all wind turbines installed in U.S. distributed applications (on a unit basis) in 2012 were manufactured in the United States, and domestic sales by U.S. small wind turbine suppliers accounted for an 86 percent share of the 2012 U.S. small wind turbine market. The U.S. distributed wind energy supply chain is comprised of hundreds of manufacturing facilities and vendors spread across more than 29 states, supporting jobs in manufacturing, retail, construction and maintenance. Leading U.S.-based small wind turbine manufacturers continue favoring U.S. supply chain vendors for most of their turbine components, maintaining domestic content levels of 80 to 85 percent.

ASES members are invited to contribute toward the Wind Division’s five-year plan, in particular helping to build partnerships with related industries. To get involved, contact the Wind Division chair, Karin Sinclair: karin.sinclair@nrel.gov. For more information on the distributed wind market see eformativeoptions.com/distributed-wind-market.

Heather Rhoads-Weaver is the principal consultant and founder of eFormative Options in Vashon, Wash., and is the elected board secretary of DWEA.

Trudy Forsyth is a managing director of Wind Advisors Team in Broomfield, Colo., and previously she led the DOE/ NREL distributed wind technology team for 18 years. Both are active members of the ASES Wind Division. Learn more about the ASES Technical Divisions.