The Race Between Solar and Nuclear Power 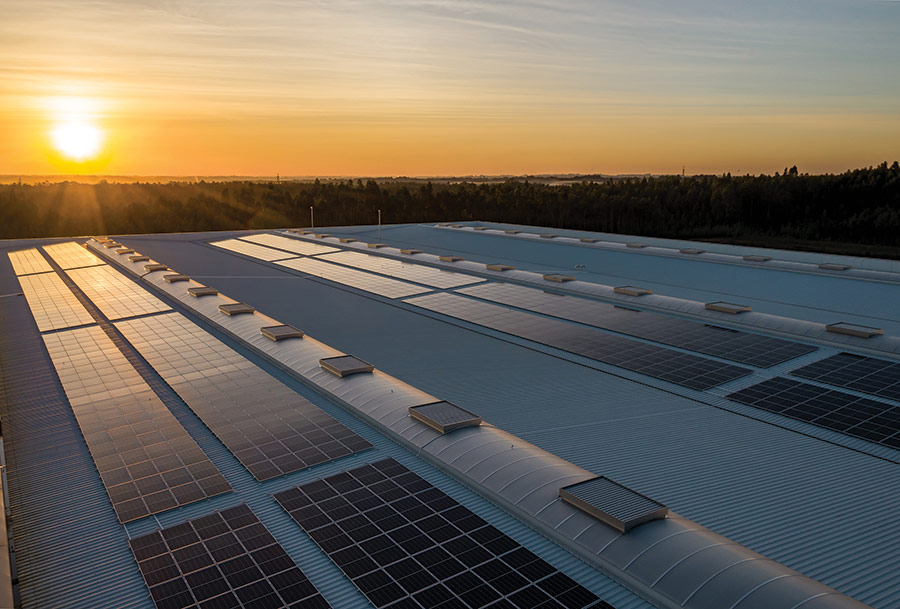 How soon will solar overtake nuclear power? Probably sooner than you think!

The latest data (i.e., for the first eight months of 2021) from the U.S. Energy Information Administration (EIA) and the Federal Energy Regulatory Commission (FERC) confirm that the mix of all renewable energy sources (i.e., biomass, geothermal, hydropower, solar, wind) has overtaken nuclear power in terms of both installed generating capacity and actual electrical generation.1

A decade ago, hydropower and non-hydro renewables together provided 14.09% of total U.S. available installed generating capacity.5 Five years later, it was 18.39%.678

By comparison, nuclear power lags at 8.35%. That, though, is more than solar’s share. As of August 2021, utility-scale solar was just 5.02% of the nation’s generating capacity. However, unlike nuclear power, solar is expanding rapidly and its capacity appears to be on the verge of overtaking that of the nation’s 93 operating nuclear reactors.

FERC reports that nearly 6.6 gigawatts (GW) of new solar came on-line in the first two-thirds of 2021.9 That is triple the anticipated capacity (2.2 GW) of the two Vogtle reactors that have been under construction in Georgia for nearly a decade. Moreover, FERC forecasts that net new “high probability” additions of solar capacity will total more than 44 GW over the next three years. FERC data also note that much more solar may be in the pipeline—as much as 166.1 GW.10

Meanwhile, FERC projects just 2.2 GW of new nuclear power will be added by August 2024—i.e., the two Vogtle reactors—while another 0.8 GW are expected to be retired.11 As a result, net new solar capacity could be at least 20 times that of nuclear power and possibly as much as 80 times greater.

Thus, if one includes small-scale solar generating capacity, total solar capacity is now approximately 7% of the U.S. total and is apparently on track to surpass that of nuclear power sometime next year.

Of course, some observers are quick to point out that generating capacity is not the same as actual generation. And that is correct. According to the EIA, the capacity factor of utility-scale solar PV over the past five years (2016 – 2020) has averaged 25%, while capacity factors for solar thermal and distributed solar PV systems are a bit lower. In contrast, nuclear power’s capacity factor has been 92% or more. Consequently, roughly four times as much solar capacity would be needed to generate the same amount of electricity as nuclear power. (For context, EIA also reports that the five-year average capacity factors for geothermal, biomass, hydropower, and wind are 72.9%, 60.0%, 41.2%, and 34.7%, respectively.)13

While the mix of renewables accounted for 25.22% of installed capacity as of August 2021, they provided only 20.69% of total U.S. electrical generation during the first two-thirds of this year. In contrast, nuclear power—with just 8.35% of installed capacity—provided 18.48% of the nation’s electricity.14

Solar alone provided 4.09% of U.S. electrical generation, including a 1.23% share coming from small-scale systems.15 Based on this latest data, one could reasonably conclude that the gap between solar-generated electricity and that from nuclear power is formidable. However, it is a gap that is closing rapidly.

Five years ago, nuclear power was 19.44% of total U.S. electrical generation compared to 1.38% from solar.16 Since then, solar has grown at an average annual rate of 29.6%. During the first eight months of 2021, utility-scale plus distributed solar grew by 23.4% compared to the same period a year earlier. Meanwhile, nuclear power declined by 2.1%.18

Beyond the two Vogtle reactors, there is no more new nuclear power in the construction pipeline and it is not unreasonable to assume that more of the current aging nuclear fleet – more than that now projected by FERC – will be retired before the end of this decade.

So, with nuclear power stagnant or in decline, and solar power increasing by roughly 25% per year, current trends suggest that solar-generated electricity could exceed that of nuclear power before the end of this decade. Whether solar can sustain or even exceed its historic growth rates remains to be seen.

It is worth noting, though, that both the solar industry (i.e., the Solar Energy Industries Association) and the Biden Administration have set goals for solar to provide 30% of the nation’s electricity by 2030.19 Should that accelerated timeline materialize, solar-generated electricity would actually be on a path to surpass nuclear power within five or six years.

As a harbinger of things to come, it should be stressed that solar is already producing more electricity than nuclear power in nearly half of the states today. Twenty-one states as well as Washington, D.C. have produced zero electricity using nuclear power this year, but they all generated varying amounts of solar electricity.20 In California, the nation’s solar leader, solar is providing nearly four times as much electricity as the state’s remaining nuclear reactors.21

In conclusion, FERC and EIA data suggest that utility-scale solar generating capacity should surpass that of nuclear power within three years. Solar capacity, including
small-scale solar, could outpace nuclear capacity as soon as 2022. If current growth trends persist, solar-generated electricity is on track to overtake nuclear power before the end of this decade and even sooner if the goals of the solar industry and Biden Administration are realized.

About SUN DAY Campaign
The SUN DAY Campaign is a non-profit research and educational organization founded in 1992 to support a rapid transition to 100% reliance on sustainable energy technologies as a cost-effective alternative to nuclear power and fossil fuels.