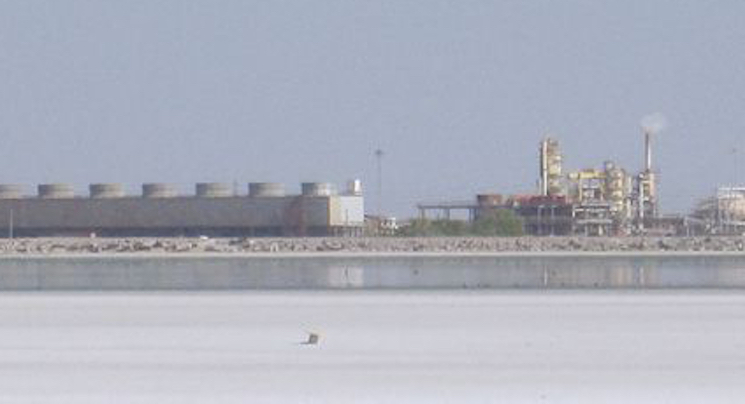 The Maryland-based company provides debt and equity financing for sustainable infrastructure projects. The company says it finances energy efficiency, renewable energy and “projects that positively impact the environment and make more efficient use of natural resources.” Hannon is the largest financier of energy-efficiency projects for the U.S. federal government.

Since 2000, Hannon has provided or arranged more than $3.9 billion of financing for about 450 projects. In 2012, they booked $17 million in sales. Income generated from project financing will pass through to shareholders as dividends. Hannon is the first company to get approval from the IRS to do so.

This means, for the first time, that small investors have the opportunity to support and benefit from sustainable infrastructure projects, such as energy-efficiency upgrades of buildings and renewable energy projects.

When a solar plant, for example, signs a 20-year power purchase agreement, that generates reliable long-term revenue for investors. Now anyone can be one of those investors and make dividends around 6 to 8 percent, based on current market value.

Since the profits from projects will be returned to investors as taxable dividends, a REIT is well suited for retirement or other tax-sheltered accounts.

Hannon intends to invest proceeds from the IPO in eight clean energy projects that are ready to go. Being able to raise money on the public markets will allow Hannon to take a bigger stake in projects that it finances.

Going forward, Hannon says it will invest in a mix of projects in similar proportion to the past: The managed portfolio is now composed of energy-efficiency upgrades in buildings (58 percent), clean energy projects (33 percent) and “other sustainable infrastructure” (9 percent).

With subsidies waning and under attack, a top priority for the clean energy industry is to use the tax code as a reliable route for financing growth.

Minor tweaks to the tax code would open a floodgate of financing for efficiency and renewables through REITS and master limited partnerships (MLPs).

In November, President Obama asked his Council of Advisors on Science and Technology how he could best address climate change. They replied with a nine-page letter that said, in part —

Hannon received permission from the IRS to function as a REIT, explicitly for this purpose.

REITS are commonly used to finance real estate development. They might similarly be used to finance renewable energy infrastructure. Everyone would then be able to invest and get a direct stake in solar, wind and other projects.

Currently, the IRS limits REITs to specific types of real estate assets, so the tax code would have to be broadened and clarified to allow proceeds from power purchase agreements to qualify as revenue. Either the IRS could directly rule on this, or Congress could amend the tax code through legislation.

In late 2012, the Master Limited Partnerships Parity Act was introduced to Congress; it would allow renewable energy projects to be structured as publicly traded MLPs. It failed to advance from committee. In April, a revised bill was introduced in the Senate by Sen. Chris Coons (D-Del.) and co-sponsors Jerry Moran (R-Kan.), Debbie Stabenow (D-Mich.) and Lisa Murkowski (R-Ala.), and in the House by Rep. Ted Poe (R-Texas) and House co-sponsors Mike Thompson (D-Calf.), Peter Welch (D-Vt.), Chris Gibson (R-N.Y.) and Cory Gardner (R-Colo.).