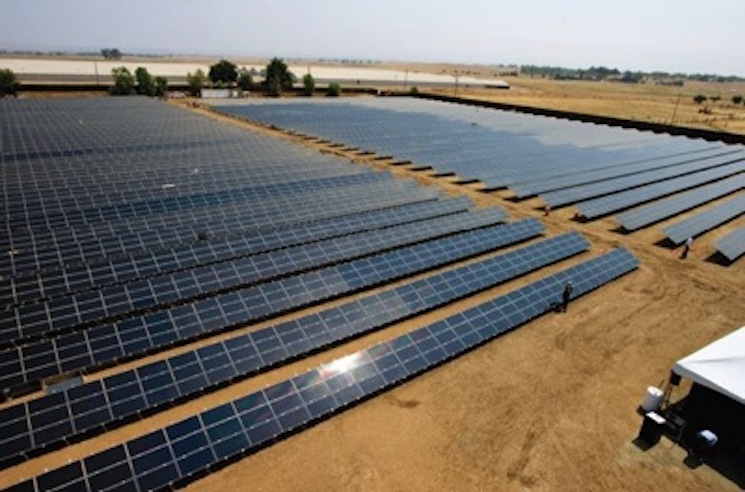 The agreement includes twelve (12) projects jointly developed by BlueWave and SunEdison across Massachusetts, many of which are expected to be operational byJune 30th of this year and all of which have qualified under the Massachusetts SREC I or SREC II incentive programs.

SunEdison and its financing partners will be the owner-operator of the projects and will sell the net metering credits generated by the systems to the City of New Bedford, the Towns of Bourne, Palmer, Webster and Winthrop, several state colleges including Cape Cod Community College, Middlesex Community College, and the Massachusetts Maritime Academy, as well as a number of housing authorities including those serving Fall River, Plymouth, Fairhaven and Barnstable.

The electricity cost savings associated with the projects are estimated to total nearly $85 million over the next 20 years. The environmental benefits of the projects are considerable as well. Over the life of the projects the carbon dioxide (CO2) reductions that are expected to be realized are equivalent to taking approximately 150,000 cars off the road, or preserving more than 6, 000 acres of forest.

“Thanks to Governor Patrick’s leadership Massachusetts has created a thriving clean energy industry sector that will continue to grow and provide economic and environmental benefits to the Commonwealth’s businesses and individuals,” said Department of Energy Resources Commissioner Mark Sylvia. “The solar industry has supported a 148-fold increase in solar capacity in the Commonwealth, growing from 3 megawatts in 2007 to 518 megawatts this month.”

“SunEdison and BlueWave Capital have partnered to lead the rapid development of solar photovoltaic systems  across the Commonwealth, and have collectively been instrumental in helping  to propel Massachusetts to the forefront  of US states in terms of installed solar capacity,” said SunEdison’s Managing Director of Sales, Steve Raeder. “SunEdison’s unparalleled financing capabilities coupled with BlueWave’s development expertise have allowed us to fast-track these projects, which in turn has expedited the delivery of environmental and financial benefits to our customers and the communities that are hosting these solar facilities.”

“Getting solar projects developed is not for the faint of heart, but a first-rate team has been able to do two things really well: one, efficiently permit and interconnect  projects at favorable locations, and two,  build trust with public officials who understand the benefits of these projects to their communities,” said BlueWave Managing Principal John DeVillars.  “We are very proud of our partnership with SunEdison and with a first-rate group of contractors and consultants who have played critical roles in moving this portfolio forward.”

Once operational, the solar systems will be managed by the SunEdison Renewable Operation Center (ROC), which provides global 24/7 asset management, monitoring and reporting services. Data collected from the ROC is used to continuously improve the company’s products, project designs and service offerings.

Forward Looking Statements
Certain matters discussed in this press release are forward-looking statements, including that many of the projects are expected to be operational by June 30th of this year; the electricity cost savings associated with the projects are estimated to total nearly $85 million over the next 20 years; and over the life of the projects the carbon dioxide (CO2) reductions that are expected to be realized are equivalent to taking approximately 150,000 cars off the road, or preserving more than 6, 000 acres of forest. Such statements involve certain risks and uncertainties that could cause actual results to differ materially from those in the forward-looking statements. Potential risks and uncertainties include changes in applicable regulatory requirements and incentives for production of solar power; and general business and economic conditions, including seasonality of the industry, and other risks described in SunEdison’s filings with the United States Securities and Exchange Commission. These forward-looking statements represent SunEdison’s judgment as of the date of this press release. SunEdison disclaims, however, any intent or obligation to update these forward-looking statements.