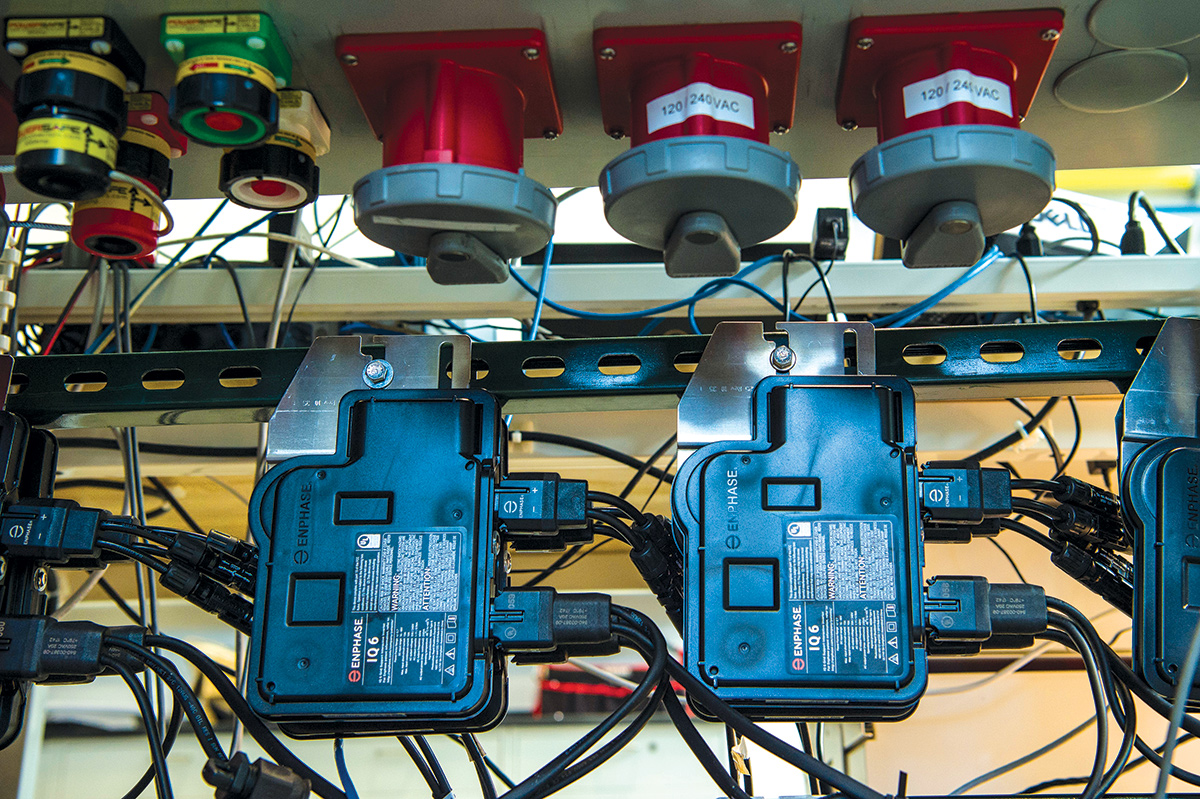 Inverters being tested in the Emergy Systems Laboratory ESL by Julieta Giraldez Miner, Ramanathan Thiagarajan and Rasel Mahmud working on an inverter test set up for HECO. © Dennis Schroeder / NREL

Some states are gradually adopting a new global standard for smart inverters for distributed solar and storage. Advocacy groups favor the standard, while the National Association of Regulatory Utility Commissioners has recommended that states implement the standard, in unanimous votes by the board of directors and two committees.

Hawaii and California, where rooftop solar is popular, were the first states to require the use of smart inverters. The states didn’t wait for the international engineering body IEEE to finalize a new smart inverter standard, but instead set their own requirements, based on the capabilities of smart inverters available at the time. 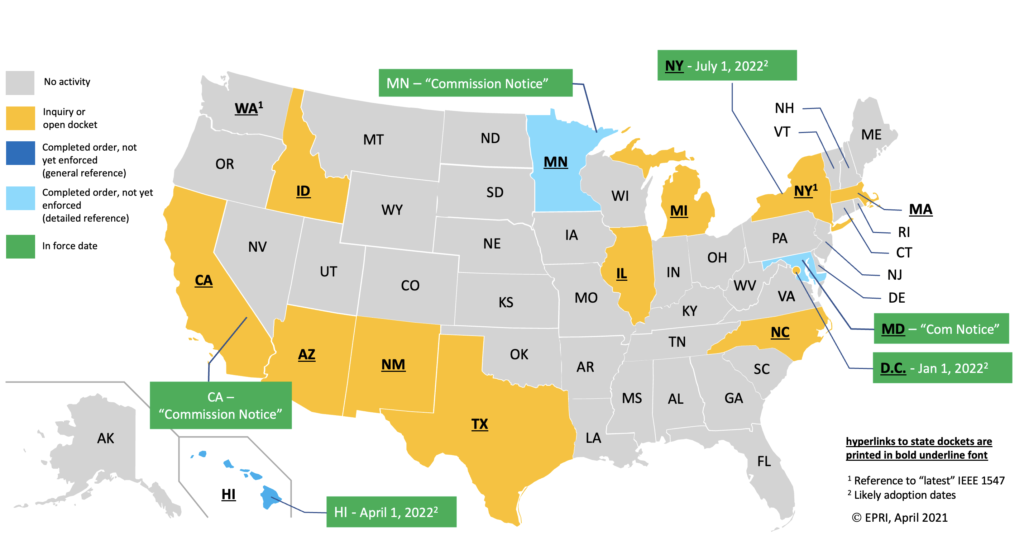 Now that IEEE has finalized its new inverter standard, IEEE-1547-2018, Minnesota and Maryland will soon require new distributed solar and storage installations to use inverters that meet the standard. Hawaii is also adopting the new standard, and eight other states and the District of Columbia have opened dockets to consider the standard, as shown on the nearby map.

The Interstate Renewable Energy Council backs smart inverters as well, and has prepared a primer for state policymakers considering adopting the new standard. The National Renewable Energy Laboratory has compiled a list of 29 educational resources on the standard.

Other states should join those that have adopted the standard or are formally considering it, says grid consultant Harry Warren with the Center for Renewables Integration. A state-level requirement to use inverters compliant with IEEE-1547-2018 for new distributed solar and storage is especially important, he says, for states that already have high levels of solar and storage on distribution circuits, or that plan for high levels of distributed resources.

As the amount of solar and storage on distribution circuits grows, having a substantial installed base of these smart inverters on a circuit can increase the circuit’s hosting capacity, making room for more solar on the circuit without the need for costly voltage regulation equipment. That’s because each inverter that’s compliant with IEEE-1547-2018 can regulate voltage. 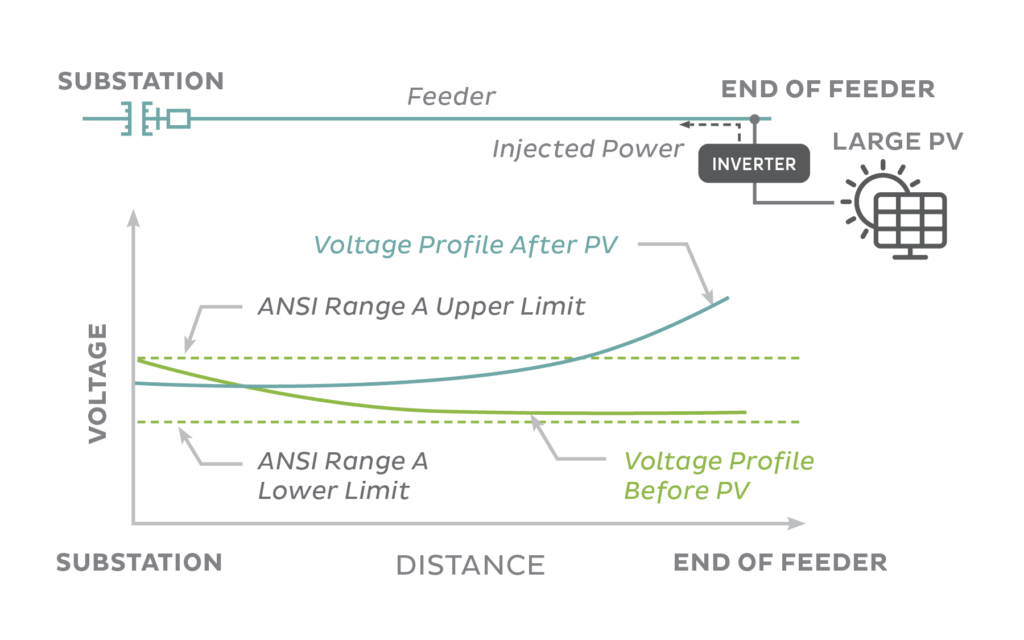 The voltage issue is illustrated in the nearby image from the consultancy GridLab. At the top right, the illustration shows “large PV” added at the end of a distribution circuit, or feeder. The graph in the image shows that the voltage profile, as it approaches the end of the feeder at right, exceeds the recommended upper limit for voltage. That problem needs to be avoided.

GridLab recommends that each state select two specific smart inverter capabilities: first, Volt-VAR, which requires no communication signals from the utility, and second, Volt-Watt, which GridLab calls a backstop for voltage events. California requires both of these settings— Volt-VAR and Volt-Watt—while Hawaiian Electric requires Volt-VAR.

The Center for Renewables Integration phrases its advice differently, saying that the voltage control capabilities of IEEE-1547-2018 inverters should be used, as well as the inverters’ “ride-through capabilities.”