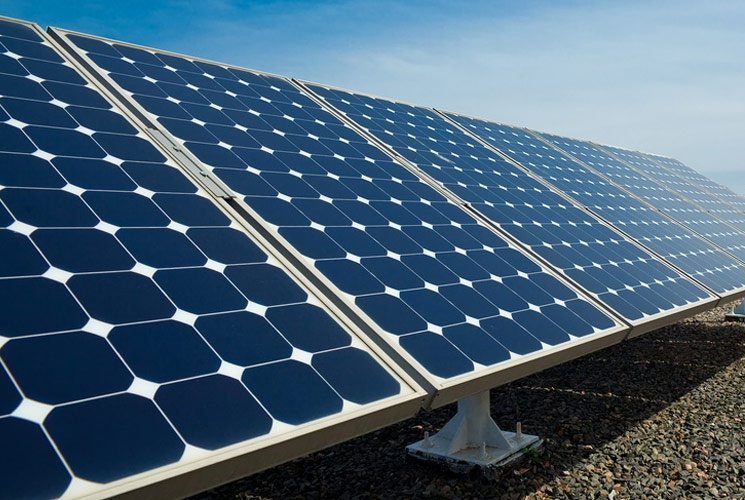 SolarWorld will supply its high-power, all-black solar panels to RGS Energy for installations nationwide beginning in July. The solar panels will be made by SolarWorld’s state-of-the-art manufacturing facility in Hillsboro, Ore., the largest  solar plant in the Western Hemisphere.

“This new supplier agreement brings together America’s largest solar panel manufacturer with one of its most well-established and respected solar developers and installers,” said Mukesh Dulani, U.S. president of SolarWorld.  “This new partnership furthers SolarWorld’s strategy of incrementally growing our business in the U.S. market through multiple channels, and we look forward to ensuring that more and more Americans have access to high-quality, high-power solar technology.”

Kam Mofid, chief executive officer of RGS Energy, commented:  “Through this new partnership with SolarWorld, we’ll be able to offer our customers more domestically produced products of outstanding quality and performance as well as mitigate exposure to recently imposed import tariffs.  We both have a long history of commitment to the U.S. solar market, which aligns well with the accelerating adoption of solar energy across the country.”

SolarWorld and RGS Energy roots can be traced back to the beginning of the commercial solar industry in the 1970s. SolarWorld’s U.S. production dates back to 1975; over the next nearly 40 years, the company’s operations set many major industry milestones, including the world’s first UL listing of a solar panel and first 25-year warranty.  In 1978, RGS Energy was one of the first companies to sell solar panels to the public.  Since then, RGS Energy has installed more than 22,500 solar energy systems for homes, businesses, schools, government facilities and utilities totaling more than 235 megawatts of clean solar power.

SolarWorld manufactures and sells solar power solutions and in doing so contributes to a cleaner energy supply worldwide. As the largest solar producer in the United States and Europe, SolarWorld employs about 3,200 people and carries out production in Hillsboro, Ore., and Freiberg and Arnstadt, Germany. From the raw material silicon to solar wafers, cells and panels, SolarWorld manages all stages of production ‒ including its own research and development.  Through an international distribution network with locations in the United States, Europe, Singapore and South Africa, SolarWorld supplies customers all over the world. The company maintains high social standards at all locations across the globe and is committed to resource- and energy-efficient production. Headquartered in Bonn, Germany, SolarWorld was founded in 1998 and has been publically traded on the stock market since 1999. For more information, visit www.solarworld-usa.com.

RGS Energy (NASDAQ: RGSE) is one of the nation’s pioneering solar energy companies, serving commercial, residential, and utility customers. Beginning with one of the very first photovoltaic panels sold to the U.S. public in 1978, the company has installed more than 22,500 solar power systems representing more than 235 megawatts of 100 percent clean renewable energy.  RGS Energy makes it very convenient for customers to save on their energy bills by providing a comprehensive solar solution, from design, financing, permitting and installation to ongoing monitoring, maintenance and support. As one of the nation’s largest and most experienced solar power players, the company has 20 offices across the nation. For more information, visit RGSEnergy.com, on Facebook at www.facebook.com/rgsenergy and on Twitter at https://twitter.com/rgsenergy. RGS Energy is a trade name and RGS Energy makes filings with the Securities and Exchange Commission under its official name “Real Goods Solar Inc.”

This communication includes forward-looking statements relating to matters that are not historical facts. Forward-looking statements may be identified by the use of words such as “expect,” “intend,” “believe,” “will,” “should” or comparable terminology or by discussions of strategy.  While RGS Energy believes its assumptions and expectations underlying forward-looking statements are reasonable, there can be no assurance that actual results will not be materially different.  Risks and uncertainties that could cause materially different results include, among others, RGS Energy’s failure to successfully complete future projects, introduction of new products and services, completion and integration of acquisitions, possibility of negative impact from weather conditions, supplier delivery disruptions, possibility of negative economic conditions and other risks and uncertainties included in RGS Energy’s filings with the Securities and Exchange Commission.  RGS Energy assumes no duty to update any forward-looking statements.