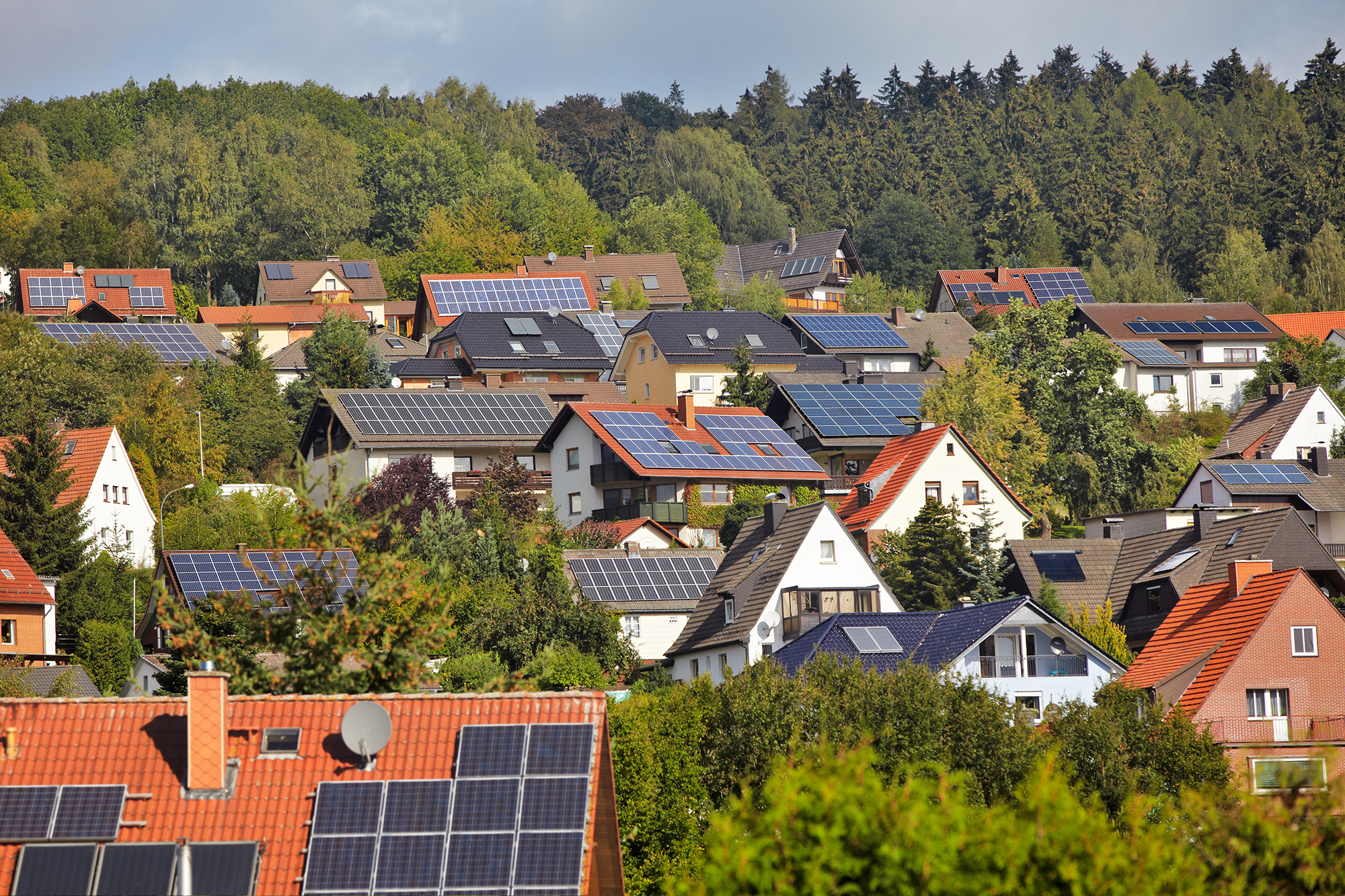 What is “Solar + Storage”? Solar+Storage is a new way of thinking about solar photovoltaic (PV) electricity systems. It is different from either off-grid solar or grid-tied solar. It is a (generally residential) solar-plus-storage system that regards the utility grid as a backup rather than the storage device, usually a battery, as the backup. It is sometimes also referred to as “Battery-Grid Backup,” “Grid Backup Solar,” or “Grid Zero.”

Solar+Storage is not the same as “off grid” because it is used on grid-connected homes. By using the grid as a backup power supply, the batteries can be smaller than in an off-grid application to make them relatively economical. Solar+Storage has the benefit of providing electricity to the residence when the grid goes down, but it is not intended to provide full ongoing power; rather, it provides partial power, to “protected” loads.

Why use this Solar+Storage system?

The typical home follows the one-third/two-thirds rule: one third of the electricity is used during the day and two thirds at night. This means that during the day, solar systems are over- producing, yet the house must draw grid power at night to function. Solar+Storage allows the house to capture all or part of the daytime overproduction and feed it to the home’s electrical system at night. This can allow the home to avoid selling power back to the grid, as in a net metering system, when the grid may not need it.

A Solar+Storage system can be configured to sell power to the grid at any time, as with conventional net metering, but its real goal is to protect the full retail value of the kilowatt-hours produced by the solar system. Storage will become very important as net metering tariffs are changed to reduce customer sell-back rates or as time-of-use rates and/ or demand charges are introduced. In the near future, net metering will likely become more restricted or simply not be offered at all by some utilities. 1

1  In any case, net metering is not really the best solution for the long-term future of the electricity system. Net metering does not discriminate about when power is drawn from or fed to the local grid and thus it can lead to over-production and make grid stabilization more difficult.

Solar+Storage systems offer the additional benefit that they can provide some level of ongoing power to the house when the grid is down. If the homeowner wants more nighttime capacity, s/he can increase the battery size.

What is needed for a system?

More details on these components appear later in this article.

A conventional net-metered PV system consists of only the solar array and inverter. In such systems, all the solar production is made available to be used by the house through its electrical panel, with any excess then sold to the grid through the meter. In the event of a grid failure, the solar production is not available to be used by the house and is simply wasted.

Previous to Solar+Storage, only off-grid systems included the additional items listed above. Most solar installer/dealers are not selling these kinds of systems (yet).

How does this system work?

The PV system produces more power than the house needs during the day, so the system stores as much as possible in the battery (before selling it back to the grid, if net metering is used). Then, during the evening and night, the system draws from the battery rather than from the grid. The system includes a “priority loads panel” that separates certain circuits in the house to receive power if the grid goes down.

The sizing of the battery and the separation of circuits or appliances are highly dependent on the lifestyle of the residents and on the particular kinds of appliances or electrical usage. The system is not intended to support the entire electrical load, although this is a cost-benefit trade-off. Another factor would be whether the system is set up for net metering or not. The system can be set up to never feed power to the grid or to do so only at certain times (e.g., in the case of time-of-use rates) or under certain conditions. Some battery inverters already have this feature programmed into them.

Typically the system is designed with 4 to 12 kW of PV capacity and possibly about the same battery capacity. Priority loads typically include some lighting, TV, computer, refrigeration, well pump, furnace blower, outlets, and possibly an electric vehicle charger. Low priority would be given to air conditioning, electric heating, space cooling-oriented fans, clothes dryer, hot tub, pool pump, and other non-essential equipment. In a larger system, some priority might be given to an electric water heater, cook stove, or dryer.  some solar installer/dealers, particularly those specializing in off-grid applications. Lithium-Iron Phosphate batteries offer many advantages and are also becoming available. Lithium-ion batteries (commonly used in cars, computers, and phones) are developing rapidly and may be feasible in the near future for home use.

Charge controllers are widely available. They are devices that optimize the output of solar panels using a technique called MPPT (maximum power point tracking). They also can monitor battery conditions and work with an inverter to optimize the charging of batteries. Battery charging methods are very specific to the type of battery being used. A battery capacity monitoring device is commonly used.

Priority load panels (also called “critical” or “protected” load panels) require some significant installation work by an electrician. This consists of a circuit breaker panel/sub-panel that separates certain circuits in the house to receive preference over others in the event of a grid outage.

Energy management systems (EMS) are electronic controllers that are relatively new and highly specialized. These devices can manage and balance electrical use among various appliances in the house according to the needs of the residents. They will become more available as appliance manufacturers begin to offer more “smart” appliances that can communicate with the EMS systems.

Solar+Storage is already cost competitive in many retail electricity markets globally. Deutsche Bank projects that it will become a $5 trillion market by 2030 and will displace large amounts of fossil fuels. Deutsche Bank calls it “…the next killer app that could significantly accelerate global solar penetration…”

Timothy Schoechle is an international consultant on smart grid technology, a home and building systems engineering expert, and author of the report Getting Smarter About the Smart Grid. He can be reached at timothy@schoechle.org.