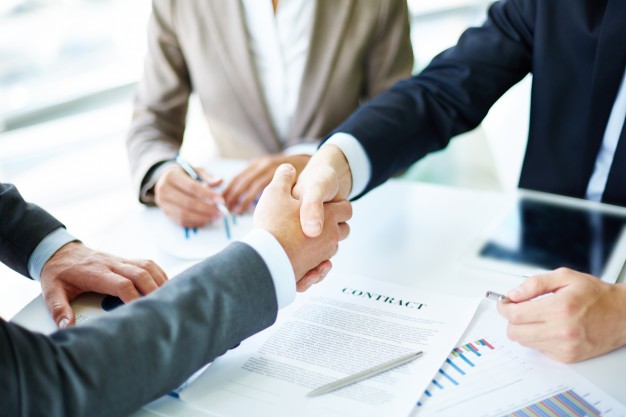 WASHINGTON, DC , June 5, 2014– Following a vote at its board meeting in San Francisco yesterday, the Solar Energy Industries Association (SEIA) announced that Nat Kreamer, President and CEO of Clean Power Finance, has become Chairman of the SEIA Board, effective immediately. Tom Starrs, Vice President of Market Strategy and Policy for SunPower Corp, will serve as Vice Chairman.

“We are excited to welcome Nat Kreamer as Board Chair and Tom Starrs as Vice Chair to SEIA’s executive committee. They step into leadership roles at a time of both growth and challenge for the U.S. solar energy market,” said Rhone Resch, president and CEO of SEIA. “Their expertise on a wide range of issues – including policy, trade, and market development – will further SEIA’s mission of championing a strong solar industry to power America.”

“I’m honored to serve as chairman of the board for SEIA,” Mr. Kreamer said. “Solar today is a critical component of the United States’ power industry. Solar creates jobs and drives the economy. It improves our health by reducing carbon emissions and preserving precious groundwater in drought-stricken areas. And it supports our national security by reducing our dependence on fossil fuels. I look forward to helping SEIA advocate effectively for strong policies that support the continued growth of solar in the U.S.”

“Demand for solar has grown exponentially in recent years, reflecting the strong support we’ve seen across the political spectrum,” said Dr. Starrs. “SEIA’s work to support this thriving market plays a key role in delivering accessible, cost-effective solar power to reduce our electricity costs and combat climate change, as well as create jobs and economic development. I’m proud to serve as vice chairman, working with my industry colleagues to deliver the promise of a clean energy economy.”

Also at this meeting, Scott Hennessey of SolarCity was elected Board Secretary and Mike Healy of Skyline Innovations was elected Treasurer. Joining the Board as an alternate is John Berdner of Enphase Energy.

Bios for Mr. Kreamer and Dr. Starrs are below:

Nat Kreamer is the President, CEO and member of the board of directors of Clean Power Finance. He is also the Chairman of the Board of Directors of SEIA (the Solar Energy Industries Association), the national solar trade organization. Nat’s original idea to finance solar for consumers led him to co-found SunRun, which he led as the company’s President and Chief Operating Officer. Nat was the President and member of the Board of Directors of Acro Energy Technologies, a residential and commercial solar integration company. He created the Chicago Climate Exchange market-making business for Pioneer Futures. Nat has also worked in power industry financial consulting at PricewaterhouseCoopers. An officer in the US Navy (Reserves), Nat is an Afghanistan war veteran, where he served in the Special Forces and was awarded the Bronze Star Medal. He received a “Champion of Change” award from the White House and a “Most Admired CEO” award from the San Francisco Business Times. Nat has a BS from Northwestern University and an MBA from Rice University.

Tom Starrs serves as SunPower Corporation’s vice president, market strategy and policy. Tom has been at SunPower since 2009. He has more than 20 years’ experience in and around the solar power industry, including senior management positions with Iberdrola Renewables, PPM Energy, and Schott Solar. Starrs is widely recognized as a leading strategist on solar energy market assessment, business development and policy. He has served on the boards of the American Solar Energy Society, the California Foundation on the Economy and the Environment, the Center for Energy Efficiency and Renewable Technologies, the Solar Alliance, the Solar Electric Power Association, the Solar Energy Industries Association, and Vote Solar. Tom holds a Ph.D. from the University of California, Berkeley’s Energy and Resources Program, and a J.D. from the University of California Berkeley’s School of Law. He lives and works in Portland, Oregon.

Celebrating its 40th anniversary in 2014, the Solar Energy Industries Association® is the national trade association of the U.S. solar energy industry. Through advocacy and education, SEIA® is building a strong solar industry to power America. As the voice of the industry, SEIA works with its 1,000 member companies to champion the use of clean, affordable solar in America by expanding markets, removing market barriers, strengthening the industry and educating the public on the benefits of solar energy. Visit SEIA online at www.seia.org.