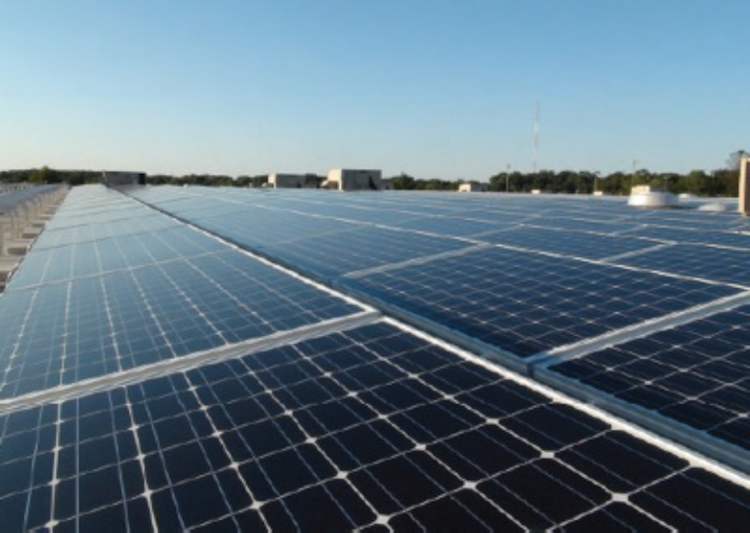 Manufacturers have been selling more energy-efficient products for years, and finding ways to cut energy bills in internal processes, too.

OPEX Corp. now produces more than 100 percent of the electricity needed to operate its 250,000-square-foot manufacturing, distribution and administrative complex in Moorestown, N.J. That makes the facility net-zero for electricity.

Before going solar, OPEX reduced internal loads. “We were spending a lot of money on electricity, and were constantly battling to reduce those costs,” said Dave Andrews, OPEX facilities manager.

“We had installed energy-efficient fluorescent lighting throughout the manufacturing and warehouse/distribution areas and in our administrative offices, and added motion-sensitive lighting in other areas. We also installed a computer-based programmable system for our rooftop HVAC units to run on a more energy-efficient user-occupied basis. These changes produced significant savings.”

“This was a logical next step for us,” said Andrews. “As we started learning about it, the potential began making good financial sense. The incentives looked really attractive, including a 30 percent rebate offered by the federal government at the time.”

OPEX also expected to benefit from solar renewable energy credits, then worth $660 per megawatt-hour.

OPEX selected H2 Contracting of Marlton, N.J., as general contractor. The traditional grid energy consumption for the Moorestown complex was 2,589,000 kilowatt-hours (kWh) per year. To cover all of that, H2 designed a 2.77-MW solar power installation consisting of 8,372 250-watt Canadian Solar modules covering the roofs of two buildings and two parking pavilions, along with a three-acre solar field array, for a total projected annual output of 2,772,000 kWh.

“The solar system installed at OPEX is not a typical design,” said Mark Heenan, president and LEED Accredited Professional with H2.

“Because we mounted the panels on multiple rooftops, canopies and a field array, the 82,000 square feet of PV panels are oriented in six different directions, and with various tilts to better capitalize on available sunlight and space. We used Satcon’s Smart Combiner to optimize production.” The array, on RBI racking, sends power at 590 volts to four Satcon Solstice 500 inverters.

The company’s parking pavilions now provide two EV charging stations for employee use. All scrap materials and oils used in manufacturing, and paper products from the company’s administrative offices, are recycled.

OPEX sank its own 175-foot well to irrigate eight acres of open land on its campus, replanted with native fescue grass, requiring less water. Rainwater run-off from the 22 acres of roofing and parking areas is funneled to open ground to percolate into the aquifer.

Jim McMahon writes on renewable energy and sustainability. His feature stories have appeared in hundreds of industrial and technology publications throughout the world. He can be reached at jim.mcmahon@zebracom.net.