Renewables on Course to Provide 33-50% of U.S. Electricity by 2030 Will That Meet Biden’s Clean Power Goals? 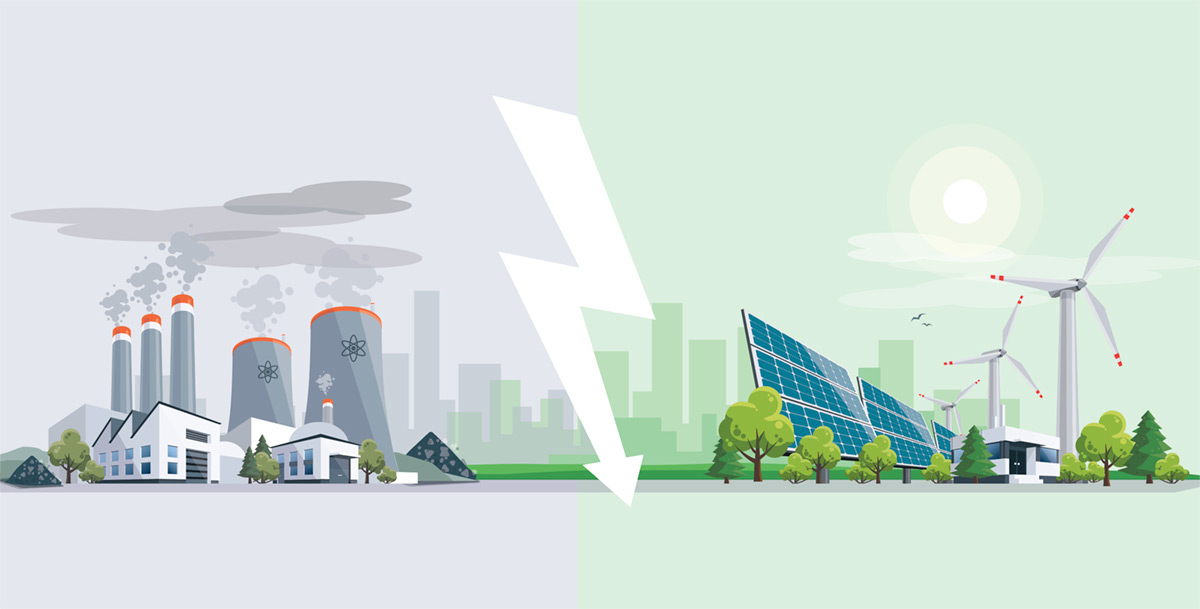 President Biden is calling for 80% clean power by 2030. Is this doable? And what does ‘clean’ include?

But if they are to be included, then realistically, the “clean power” fuel mix within the next decade would likely be 20% or less from nuclear power, another 20% or less from fossil fuels (with some carbon capture) and 60% or more from the mix of renewable energy sources (i.e., biomass, geothermal, hydropower, solar, wind).

However, ten years of data plus near-term forecasts published by the U.S. Energy Information Administration (EIA) and the Federal Energy Regulatory Commission (FERC) suggest that renewables are now likely on a path to provide just a third of the nation’s electricity by 2030, but conceivably could be ramped up to 50% or more.

EIA’s most recent “Electric Power Monthly” report reveals that renewable energy sources provided 22.36% of U.S. electrical generation during the first six months of 2021. A decade earlier, during the first six months of 2011, renewables provided 13.96% of electrical production. Thus, over the intervening years, renewables added – on average, but fairly consistently – a bit less than 1% annually to their share of the nation’s electricity supply.

Almost all that growth can be attributed to wind and solar which expanded from 3.28% in June 2011 (year-to-date) to 13.71% in June 2021 (YTD). Meanwhile, the share of electrical generation attributable to biomass, geothermal, and hydropower combined remained virtually unchanged, accounting for between a bit less than 9% and a bit more than 10% each year.

Should that trend continue, renewables would be on track to provide approximately one-third of U.S. electrical generation in 2030 with wind and solar combined providing about 23-24% and the combination of biomass, geothermal, and hydropower contributing another 10%.

The growth rates suggested by EIA’s data seem to be confirmed by a ten-year look-back at FERC’s monthly “Energy Infrastructure Update” reports which track the installed electrical capacity of all generating sources. For June 2021, FERC reports that renewable sources accounted for 25.08% of installed, utility-scale generating capacity in the U.S. A decade earlier – i.e., in June 2011, renewables’ share of generating capacity was 14.01%.

Also, in each “Energy Infrastructure Update,” FERC provides data for “high probability additions” and “retirements” during the upcoming three years for each energy source. Its latest 3-year data foresee the net capacity for coal, oil, natural gas, and nuclear power combined dropping by almost 23 gigawatts (GW) whereas renewables – mostly solar and wind – are forecast to grow by over 66 GW. Should that transpire, renewables’ share of domestic generating capacity would rise to 29.43% by June 2024 (i.e., adding about 1.45% to their share each year).

If that projected growth rate is sustained for the balance of the current decade, renewables’ share of the nation’s generating capacity would be approximately 38-39% by 2030. Because they usually have lower capacity factors than nuclear power and fossil fuels, renewables might therefore be expected to provide 32-35% of actual generation—a figure consistent with what can be extrapolated from EIA’s data.

However, there are hints in EIA’s and FERC’s data that renewables’ share of electrical generation in 2030 could be larger – perhaps reaching 50% or more.

A review of EIA’s end-of-year data reveals strong annual growth rates for wind and solar during each of the last six calendar years (it is difficult to evaluate earlier years because of changes in EIA’s reporting methodology). On average, electrical generation by wind has grown by just over 10% per year since the end of 2014. During that same period, solar averaged an annual growth rate of over 30%, although that has slowed during the past three years to 21% per year.

If one assumes sustained future wind and solar growth rates of 10% and 20% per year respectively, wind generation in 2030 would be more than double that reported for 2020 while solar generation would grow by six-fold. These figures are more than consistent with (in fact, conservative compared to) EIA’s latest STEO forecasts which project wind-generated electricity to grow by 26.5% between 2020 and 2022 while utility-scale solar-generated electricity is forecast to expand by 63.5% over the next two years.

Should this near-term growth scenario materialize and then be sustained for the balance of the decade, by 2030 solar and wind potentially could each account for about 20% of the nation’s electrical generation. Adding in the 10% likely to be provided by biomass, geothermal, and hydropower combined, renewables could be providing roughly half of the nation’s electricity by the end of the decade.

FERC’s near-term forecasts reinforce the plausibility of this scenario – at least for solar. Over the next three years, FERC anticipates the “high probability” addition of 44.4 GW of utility-scale solar to the 60.7 GW of existing solar capacity—an increase of 73%. “High probability” wind additions would expand wind’s current capacity of 127.9 GW by another 21.1 GW. However, beyond the “high probability additions,” FERC also reports that there may be as much as 55.2 GW more wind capacity and 121.3 GW more solar capacity in the pipeline.

Further, with virtually every new monthly issue of its “Energy Infrastructure Update,” FERC scales up its three-year forecast for new solar. In its first such forecast published in February 2019, FERC projected the addition of 12-GW of solar by March 2022. In its most recent “Update,” FERC’s three-year forecast had nearly quadrupled to over 44 GW of new solar capacity by June 2024.

But is it Possible that Renewables Could Provide 60-80% of the Nation’s Electrical Generation by 2030?

EIA’s historic data do suggest a faster growth track is possible for wind and solar. Three times during the past six years (2016, 2017, 2020), the annual growth rate for wind-generated electricity increased by 12.0% or more. Further, the average annual growth rate for solar between December 2014 and December 2020 actually surpassed 30% (i.e., 31.1%).

If these higher growth rates (i.e., wind – 12% and solar – 30%) were replicated and sustained each year for the balance of the decade—an admittedly very challenging goal—wind could account for about 25% of U.S. electrical generation by 2030 while solar would be nearly 45%. Adding another 10% from hydropower, biomass, and geothermal will hit Biden’s 80% target…and without nuclear power or fossil fuels with carbon capture.

A national clean electricity standard could make such a scenario – or comparable alternatives -realistic. Yet, even without a national clean electricity standard to drive growth, other factors could still enable renewables to secure a substantially larger share of electrical generating capacity and provide more actual generation than historical trends suggest.

These additional factors include, but are not limited to:

About SUN DAY Campaign
The SUN DAY Campaign is a non-profit research and educational organization founded in 1992 to support a rapid transition to 100% reliance on sustainable energy technologies as a cost-effective alternative to nuclear power and fossil fuels.