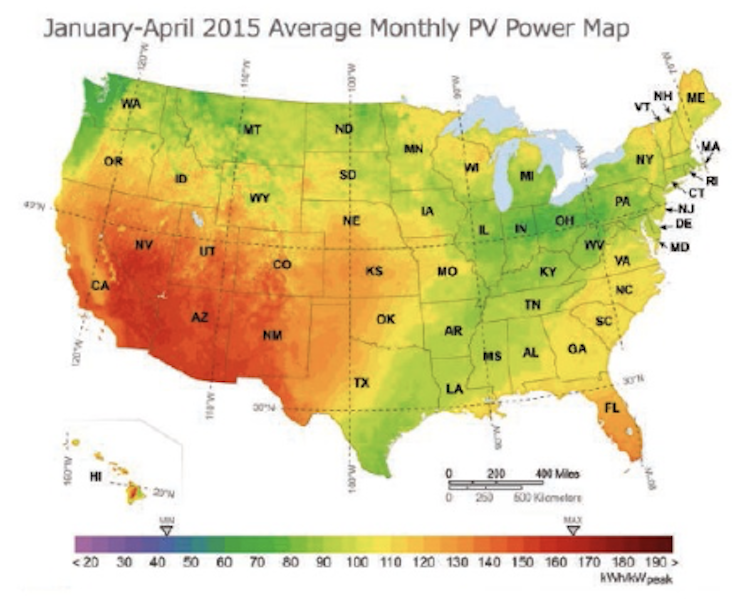 PV Power Maps report national solar resource availability based on the monthly energy output of a nominal 1-kilowatt (kW) photovoltaic (PV) system by location. In this issue, both maps show monthly average values for the period January through April 2015. With the volatile weather experienced in many parts of the United States during this time period, it’s not surprising that several regions experienced noteworthy above and below swings in PV energy production.

The average monthly PV Power Map can be used by anyone to quickly gauge the generation potential of a new PV system, or benchmark the performance of an installed system, in a given location. Simply multiply the power output indicated on the map by a project’s capacity, in kilowatts, to calculate the estimated average monthly power output during the January through April 2015 time period.