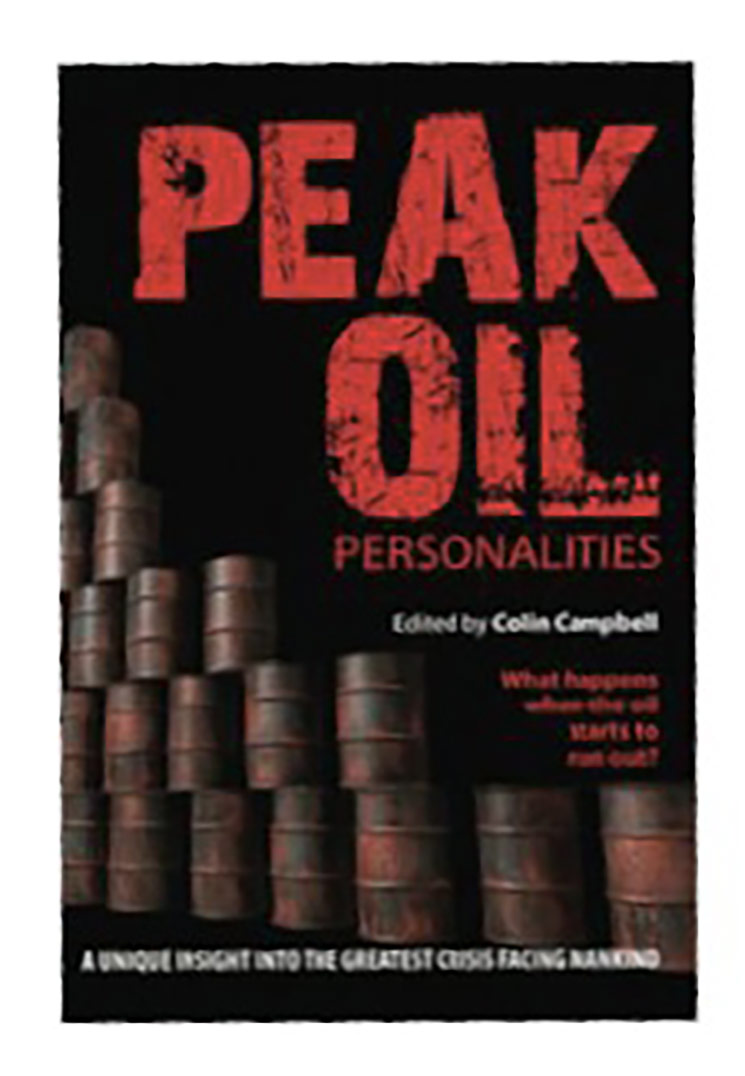 In 1948 Dr. Marion King Hubbert, a prominent petroleum geologist who was to become the head of the Shell Oil Co. Houston Laboratory, started defining what we could expect in petroleum production: a climb as more oil fields were developed to feed the growing market, then a peak in production (“peak oil”) when a shortage of new oil fields and resource depletion made it impossible to increase production any further, and then a permanent decline of production. By 1956 he understood this mechanism well enough to predict correctly that the oil peak for the 48 contiguous United States would come around 1970. In the early 1960s he predicted that the world oil peak would come around the year 2000.

Beginning in 1948 he warned humanity that the energy transition after the oil peak would be very difficult and could lead to violence and war, like the trillion dollar oil war in Iraq we were tricked into fighting by Bush and Cheney. Imagine what solar energy could have done with the trillion dollars wasted on oil! Dr. Farrington Daniels, a famous chemist who had been director of the Chicago operations of the
Manhattan Project, knew Dr. Hubbert well, accepted his predictions and founded a solar energy society that later turned into ISES with its national sections (including ASES), to prepare humanity for the necessary transition from fossil fuels to solar energy. Dr. Hubbert died in 1989. During his life, few noticed that he had been right about the U.S. oil peak, and few took seriously his oil production studies and his world peak oil prediction.

In the 1990s, Dr. Colin J. Campbell and Mr. Jean Laherrère took up where Dr. Hubbert had left off. Campbell and Laherrère were retired petroleum geologists with impressive worldwide experience in oil exploration. They published a number of articles and books. Their work — confirmed by others — concluded that worldwide conventional petroleum production peaked around 2005, as Hubbert had predicted 40 years earlier, and that total (conventional plus unconventional) production peaked around 2008.

Many others became involved in understanding and defining peak oil, and in alerting humanity to the challenges it faces. Dr. Campbell founded a group called the Association for the Study of Peak Oil (ASPO), an international group that now has many national sections (including ASPO-USA), news services and regular conferences. ASPO is a clearinghouse for its members, and other researchers, to share serious independent studies on peak oil.

This book was written to familiarize people with the independent peak oil experts, with their involvement revealed through their own autobiographies. Ten of these people are highly experienced professionals in the petroleum industry, and all of them are certain that we are essentially at or beyond the oil peak, starting the inexorable decline of world oil production.

We also have autobiographies in the book, as do many others who are not part of the oil industry. We became involved when we recognized that peak oil and global warming will precipitate an energy transition that is both imminent and ominous. The public remains largely unaware and politicians largely uninterested. This imposed a duty on us to become well informed and to inform others. It compelled us to meet and collaborate with the people involved in peak oil and in ASPO.

Many people now understand the peak oil concept and accept global warming. Humanity has perhaps not yet reached a tipping point, a point of no return, and public awareness has not yet reached the point at which governments will be forced to face their energy and environmental problems. One of these days, oil will go into an undeniable decline, and the authors in this book offer their personal perspective on what this means for their own lives and for the entire world. The solar energy community holds the keys to a world beyond oil. Anticipating the timing and the con- sequences of the oil peak, and in alliance with those in the oil and coal industries who recognize that their productive days are numbered, we can be successful in propelling the worldwide transition to renewable energy.