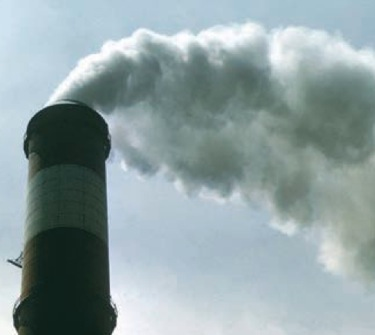 Ozone from coal-fired power plants like this one will be affected by a final rule on ozone ambient air quality that the U.S. Environmental Protection Agency is scheduled to issue by Oct. 1, 2015.

For example, as of press time, EPA was under a court order to issue a proposed rule to review the ozone ambient air-quality standard by Dec. 1, 2014, and issue a final rule by Oct. 1, 2015. While the court ordered EPA to take action, it did not and could not dictate the substantive outcome of that rule. EPA’s science and policy advisors have recommended that the new standard be set somewhere within the range of 60 to 70 parts per billion (ppb). The science clearly shows significant public health and economic benefit to having a standard of 60 ppb.

It is now up to the head of EPA, Gina McCarthy, to choose the level of the new standard, assuming that the White House does not interfere as it has unfortunately done in the past. Historically, the EPA chief has chosen the top of the range recommended to her. However, the last EPA head, Lisa Jackson, broke from that sad tradition and chose a level in the middle of the recommended range when setting the latest ambient air-quality standard for fine particulate matter in 2012.

The impacts of McCarthy’s decision on the new ozone standard are extensive. If she decides to set the level at 60 ppb, hundreds of additional counties will be required to implement measures to reduce ozone levels. Reductions of emissions from fossil power plants and vehicles should top the list of measures. Even if she chooses 65 ppb, many additional areas would still be required to address ozone.

The majority of fossil fuel power plants in the united states, excluding “peaking units,” have a pollution control device called “selective catalytic reduction” (SCR). SCR reduces nitrogen oxides emissions by up to 90 percent. Nitrogen oxides emissions are the key precursor pollutant to ozone. In other words, the best way to reduce ambient ozone levels is to reduce nitrogen oxides emissions. There is simply no just reason at this point why so many fossil fuel power plants still get away with not having SCR. Furthermore, many power plants that have installed SCR often do not operate the SCR or operate it at a low level of emission controls. EPA choosing an ozone standard of 60 ppb would be a key driver to ensuring that all fossil fuel plants install and consistently operate SCR or do not operate at all, thus allowing renewables and efficiency to meet people’s desire for electricity.