Outlining the Renewable Energy Grid of the Future 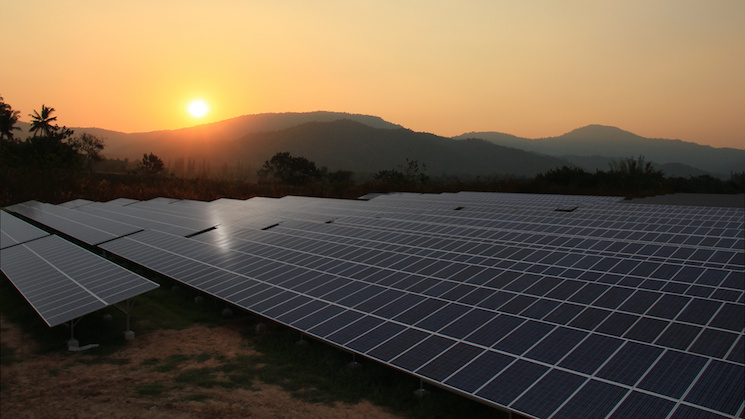 Anderson Optimization, in partnership with ASES, is kicking off a series of articles in which we will examine the implications of an electricity grid based predominantly on renewable energy. A renewable grid presents widespread benefits to both consumers and utilities. However, fundamentally redesigning electricity grids, which have maintained their current structure for roughly a century, comes with dramatic challenges.

Within this article, we outline some of the high level benefits of a renewable grid, and in subsequent articles, we will dive deeper into these positive outcomes and the associated challenges.

As renewables continue to proliferate at an increasing rate, it is logical to consider the implications of an electricity grid based predominantly on renewable energy. Much of the industry’s growth to date has been driven by financial subsidies. However, as this technology continues to advance, historical economic constraints are rapidly declining.

For example, in the United States, the unsubsidized cost per kilowatt hour of solar energy (photovoltaics) for residential, commercial, and utility scale projects has dropped by roughly 70%-75% since 2010, according to the U.S. Department of Energy (DOE). Through its SunShot program, the DOE set a goal to “…make grid-connected solar electricity market-competitive with other forms of energy, without subsidies, by 2020.” As seen in the chart, utility scale solar has already reached its 2020 target while the residential and commercial sectors are also on pace to achieve their respective goals. Cost decreases also don’t show immediate signs of slowing as the DOE is targeting another 50% cost reduction by 2030.

With advancing technology and associated cost reductions, rapid renewable integration should continue well into the future. While this change will take substantial time, effort, and financial investment, renewable energy has reached a point of viability where it appears likely that it will ultimately become a foundational component of our energy economy.

Arguably, the most direct benefit of a renewable energy-based grid are the financial benefits to both consumers and utilities. There will be many challenges along the way, which we will outline in subsequent articles, but a future with ubiquitous financial benefit is realistic.

Ultimately, a renewable grid will consist of both consumer and utility-owned renewable generators as well as significantly increased energy storage penetration. Renewable energy provides utilities with a mechanism for lower variable cost generation relative to traditional power plants. Through reduced operating costs, utilities garner savings and enhanced financial flexibility. These savings can be passed along as lower rates to consumers, or more likely, they will simply be used to increase profitability.

From a consumer standpoint, renewables allow people to reduce their electricity spending as they are able to generate their own power and use less utility-provided energy. This presents consumers with an unprecedented level of control over their own energy usage.

While there is currently a profitability benefit for utilities, there is a longer term financial offset due to decreased demand. As consumers increasingly generate their own electricity through residential, community, or commercial renewable energy programs, utilities must charge higher rates to make up for the reduced consumption from the grid. This tension between financial improvement driven by low cost renewable generation offset by decreased demand from customers is creating business model upheaval for utilities and is a key issue that we will discuss in a future article.

Renewables as a Traditional Energy Hedge

In the longer term, renewable energy provides utilities with enhanced cost stability driven by reduced exposure to volatile resource pricing. Traditional forms of generation rely on natural resources, such as petroleum, that dramatically fl uctuate in price. For example, petroleum represents 28% of U.S. energy consumption according to the Energy Information Administration, and according to Barclays Capital, exploration and production capital expenditure per barrel is currently increasing at a compound annual growth rate (CAGR) of 11% versus historical norms of around 1%. This trajectory appears likely to continue as petroleum is increasingly found in difficult-to-access geologies such as shale and deepwater locations.

Renewable energy, on the other hand, has comparatively stable and miniscule variable costs. As such, renewable penetration provides a lasting hedge for utilities against traditional energy market fl uctuations, which allows them to create more stabilized business models.

While we will primarily focus on the business case for renewable energy, we would be remiss not to mention the negative health externalities resulting from traditional forms of energy and fossil fuels. Externalities are inherently indirect and diffi cult to quantify, but it is hard to argue that they do not exist. For example, a Harvard study (http://bit.ly/2iXJ0KD) estimated the public health costs of coal to be $74.6 billion annually from 1997-2005. In 2010, public health costs related to particulate matter were estimated to be $100 billion annually. The National Academy of Sciences estimated $62 billion in costs from fuel related pollution in 2005.

These are just a few studies, but consistently, academic research indicates that every year tens, if not hundreds, of billions of dollars are spent on issues stemming from traditional energy production. Simply put, a predominantly renewable grid mitigates these externalities and will dramatically curb public health costs.

Now that we have outlined several of the broad benefi ts of a future renewable energy grid, in our next article, we will dive deeper and begin looking at some of the more specifi c outcomes.

Anderson Optimization is a young company that develops software solutions focused on power system modeling and optimization as well as renewable integration. Their software simulates the energy grid and electricity markets for resource planning purposes and to help companies understand how their actions will aff ect and be aff ected by the macro grid. To learn more, visit www.andersonoptimization.com.

If you have questions or comments throughout the series, feel free to reach out to Shaun Mehr, smehr@ases.org or Jake Anderson, jake@andersonopt.com, and we will work to incorporate your ideas into the series.