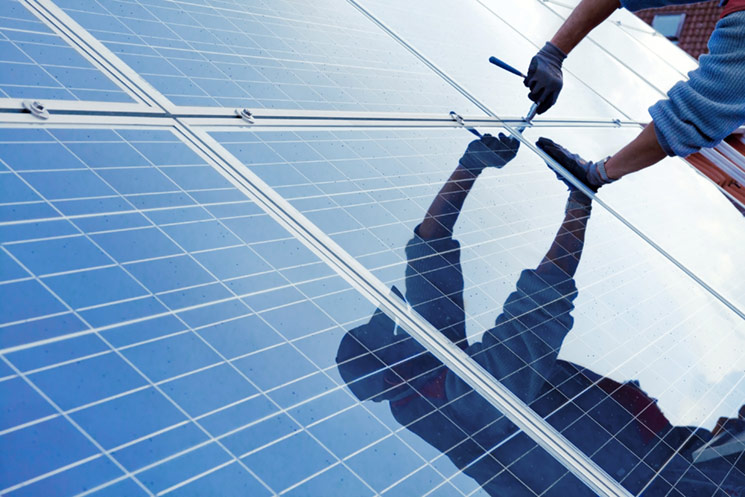 Humanity discovered electricity, built the grid and within one century managed to increase its quality of life to a level that’s virtually incomparable to what it was before. There’s no doubt in my mind that electricity was and still is the main driving force of progress in modern history. Supplied through the grid, it’s present in all aspects of our lives, keeping us comfortable, fed, entertained and employed.

We’ve become so accustomed to accessing electricity at any given time and using it to enable ourselves, that we stopped caring about where it actually comes from and how it will affect our future. Meanwhile, the grid itself had to evolve to accommodate suppliers that can easily pump in electricity to match the ever-increasing demand that we’ve created.

That’s how we ended up using a lot of coal, increasing pollution and starting to undermine that quality of life we gained through the discovery of electricity. So, what could have we done differently? What can we still do to change?

The effects of greenhouse gases were obvious to us even before the 20th century ended and we already had all we needed to curb emissions. Solar PV tech was pricier back then, but it still could have been used in an economically acceptable manner. Dams also had a slow ROI, but that never stopped anyone from using hydropower.

Stable supply was the largest worry and the main reason why no one wanted to integrate solar. However, all of that was perceived based on how the grid was shaped and how we were used to using energy. We were looking at one supplier to do the whole job and cover all use case scenarios. Still, with a little work, some changes in the grid and grid policies, solar could have been where it is today almost a decade ago.

The Changes We Failed to Do

Even without challenging the grid structure, we could have always used solar to handle the industry’s peak demand. Daylight is usually paired with work hours and solar was able to answer the increased need of energy during the day. Supplying the peak rather than trying to curb it was what we initially tried to do, however, we did not include solar in the process.

Subsidizing solar is also something that should have started earlier. A larger number of solar installations would have helped solar proliferation on so many levels. It would have shown that solar works, it would have decreased prices by creating a more competitive marketplace and it would have brought forward all the challenges solar energy faced sooner, allowing it to develop further.

Still, changing the past is not an option and all comments regarding it are speculative at best. Since our time is better spent hypothesizing about the future, here are three small things that I think we can change on grid level today to ensure solar’s success in the future.

1. Grid-Side Storage
Grid-defection appeared as an option only because battery tech started becoming cheaper and more efficient. However, the same batteries that make grid-defection possible, can also allow solar to be better integrated if they are installed at grid level. Adding grid-side storage would facilitate energy trade and eliminate the possibilities of voltage spikes throughout the grid. Energy trade and reliability will not only stimulate solar proliferation, but also secure the grids position in the future.

2. Stimulate West-Faced PV Installations
We have to defeat the stigma that only south-faced installations are worth investing in and work on additionally stimulating west-faced panels on roofs to support the grid. The article “West vs. South: Why Orientation Matters” (http:// bit.ly/2eSVDao) explains how the west-faced installations are beneficial to the grid and how panels peaking during different hours of the day could lead to more stable energy supply.

How can we achieve this? By offering different subsidies depending on orientation. Do we need this if we add grid-level energy storage? Yes, because directly supplying and storing for later use are not equally efficient options. If all installations tied to the grid are south-faced, the max quantity we’ll need to store is greater, which would require more batteries. The grid’s main role is transport, so long-term, it’s more important to have diversified supply, rather than large storage capacity.

3. Allowing Fair Energy Trade Nationwide
Last but not least, we need to ensure fair energy trade nationwide. Trading with energy is tricky and there are many differences in state-level laws and regulations. A fair shot for solar does not mean giving it preferential treatment or infinite subsidies. It just means upgrading the grid to a level where it can actually take on all of the energy produced and price it fairly.

Times have definitely changed and now entrepreneurs build with sustainability in mind. This means renewable capacities on new commercial properties as well as advanced insulation and energy conservation concepts as part of the new building design. Large commercial buildings will soon turn from energy consumers to energy suppliers, so the grid needs to be prepared to adjust to the change rather than struggle against it.

Why Solar in the U.S. Will Have a Future Regardless of Electoral Outcome or Policy Change

Solar has a future regardless of who runs the U.S because we reached a stage in which it can show ROI even without subsidies. This means that it’s profitable to go solar even without getting a tax break and if a time comes when the net-metering policy simply does not make sense, then going off-grid will still be a viable option.

Solar proliferation became a movement that is greater than the U.S. itself. Even if we stopped installing panels tomorrow, the rest of the world will continue to massively implement solar capacities and that will bring better, more efficient solar tech on the market.

The wheel has started turning and there’s no stopping it anymore. The best thing we can hope for is a modernized grid ready to accommodate the future of solar power generation.

About the Author:
Jacob Bayer is an entrepreneur, startup enthusiast and father. He is founder and CEO of the energy consultancy Luminext Incorporated. Jacob is best known for his consultancy work in New York’s residential and business sector. He has helped thousands lead a more energy-efficient life and advocates the use of renewable energy. He currently offers his services throughout the U.S and consults on various project through his network of partners.