Obama and the Clean Air Act 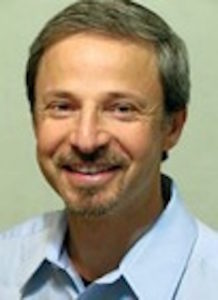 On June 25, President Obama gave a speech at Georgetown University about climate change. The speech is definitely worth watching. He said that climate change is real and is causing damage now. He laid out various steps that he intends to take to address climate change. One of these steps is to regulate carbon pollution from power plants.

A friend asked if this is a big deal. The answer is yes and no. President Obama has been saying for years that if Congress does not enact legislation to control carbon pollution, he will do so under his administrative powers. The June 25 speech was just a continuation of this promise, although this time he was a little more specific. He intends to use the New Source Performance Standards (NSPS) provisions of the Clean Air Act to regulate emissions of greenhouse gases from power plants. Interestingly, the Clean Air Act actually allows for New Source Performance Standards to apply to existing sources as well as new sources. What the President did not mention was that three environmental nonprofit organizations and the attorneys generals from New York, Connecticut, Delaware, Maine, Massachusetts, New Mexico, Oregon, Rhode Island, Vermont, Washington and the District of Columbia, plus the chief legal officer of New York City, intend to sue the EPA for its illegal failure to create NSPS for greenhouse gas emissions by power plants. So, President Obama was promising to do what the courts would have very likely ordered EPA to do anyway. Nevertheless, new emission limits for greenhouse gases from power plants have the potential to significantly internalize the cost of dirty energy and thus level the economic playing field.

Realistically, new limits will not become effective for many years, and they will be weaker than they should be. That is just the nature of today’s EPA. Therefore, we need to pursue an “all of the above” strategy to internalize the cost of dirty energy. By that, I mean we need to aggressively pursue all legal mechanisms to address the whole life cycle of dirty energy. We can- not rely on the greenhouse gas NSPS to be the silver bullet. For example, EPA is under a court order to finalize the Clean Water Act rule regarding water intake structures for steam generating power plants by Nov. 4. EPA has still not acted on a rule to control more than 100 million tons per year of very toxic solid coal combustion waste. Meanwhile, EPA is illegally delaying rules to address smog, soot, sulfur dioxide, lead and other pollutants. We need to be vigilant in ensuring timely and protective rules on all fronts.