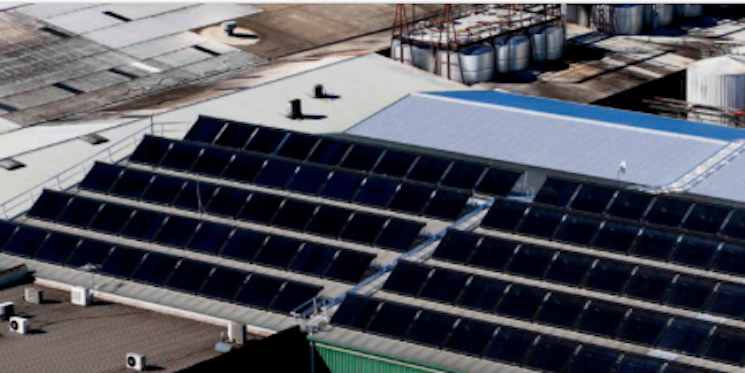 Middletown, CT – July 9, 2014 – NRG Home Solar, one of the country’s leading residential solar companies, today announced that it is expanding its US operations to Connecticut. The company will provide homeowners in the Constitution State with the opportunity to install solar for little to no upfront costs, allowing them to pay less on their electricity bills. As part of the expansion, the company opened its doors to the new Connecticut headquarters in Middletown where it will offer fully integrated solar solutions throughout the state.

“Connecticut is a rapidly increasing market for solar technology where we anticipate fast growth and continued expansion to help homeowners bring their homes into the future with cleaner and cheaper energy,” said Kelcy Pegler Jr of NRG Home Solar.

NRG Home Solar, formerly Roof Diagnostics Solar, is the number one solar company in the majority of states in which it operates. The company expects to fill more than 75 new positions in its Connecticut office in a variety of different levels within the first year as it continues to grow in the state. Candidates interested in employment opportunities in Middletown should contact NRG Home Solar at www.nrghomesolar.com.

“We are excited to announce that we will be aggressively expanding our operations in Connecticut with the goal of hiring 75 new team members, who will be instrumental as we grow in this market,” added Pegler Jr. “NRG Home Solar allows homeowners and businesses to lease solar panels for little to no upfront costs. By taking advantage of solar PV rooftop technology, they are able to lock in cheaper, long-term energy costs while also reducing their carbon footprint.”

NRG Home Solar, formerly Roof Diagnostics Solar, is one of the country’s leading solar companies specializing in the installation of residential solar PV. NRG Home Solar designs, installs and maintains solar systems that help smart homeowners bring their homes into the future with cleaner, cheaper energy.  The company is a division of NRG Energy and has offices throughout the US. NRG Energy acquired Roof Diagnostics Solar to support and expand its efforts to empower its customers to control their own energy destiny through clean self-generation. For more information please visit www.nrghomesolar.com or follow us on Twitter @NRGHomeSolar.

This communication contains forward-looking statements that may state NRG Home Solar’s or its management’s intentions, beliefs, expectations or predictions for the future. Such forward-looking statements are subject to certain risks, uncertainties and assumptions, and typically can be identified by the use of words such as “expect,” “estimate,” “anticipate,” “forecast,” “plan,” “believe” and similar terms. Although NRG Home Solar believes that its expectations are reasonable, it can give no assurance that these expectations will prove to have been correct, and actual results may vary materially. Factors that could cause actual results to differ materially from those contemplated above include, among others, risks and uncertainties related to the residential solar business generally.