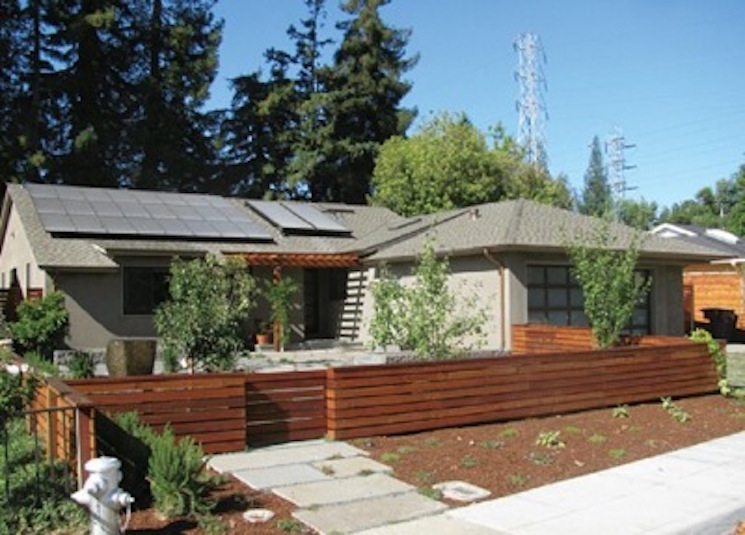 BRAWLEY, Calif.–(BUSINESS WIRE)–Jun. 13, 2014– NRG Energy, Inc. (NYSE:NRG) one of the nation’s largest renewable energy developers, today introduced the NRG Community 1 Solar Generating Facility. Through an innovative, community focused program – among the first of its kind in the United States – the project was developed by Sol Orchard in collaboration with the Center for Energy Sustainability at San Diego State University’s (SDSU) Imperial Valley Campus.

The Imperial Irrigation District will purchase all energy generated by the facility, under a 25-year power purchase agreement, and sell it at a competitive rate to interested customers through a community solar program. The inventive system design follows a similar NRG community solar installation in Rutland, Vermont and puts low-cost clean energy within reach of the Imperial Irrigation District’s consumers. This program creates a unique option for homes and facilities that may not be ideal candidates for rooftop systems while ensuring that renewable energy reaches as many consumers as possible.

The Boeing Company provided engineering, procurement and construction (EPC) for the Community 1 project marking completion of its first solar power plant for NRG. Boeing and NRG are also currently building the 25.65 megawatt (MW ac) Dandan Solar Facility, which will be the first solar power plant on the island of Guam, with an expected completion date later this year.

The six megawatt Community 1 solar facility covers nearly 37 acres of land owned by SDSU and has more than 25,000 modules, which will generate enough emission-free electricity to power approximately 2,200 homes at full capacity. Additionally, it will reduce emissions and lower the demand on the southern California electricity grid.

“At NRG, we challenge the status quo, joining forces with the best to push the industry on innovation and new design, all with consumer needs in mind,” said Randy Hickok, senior vice president, NRG. “We’re truly excited to empower the Imperial Irrigation District’s community solar program which brings pioneering spirit and clean technology to their customers while doing something that will help ensure the future of our planet.”

NRG is leading a customer-driven change in the U.S. energy industry by delivering cleaner and smarter energy choices, while building on the strength of the nation’s largest and most diverse competitive power portfolio. A Fortune 250 company, we create value through reliable and efficient conventional generation while driving innovation in solar and renewable power, electric vehicle ecosystems, carbon capture technology and customer-centric energy solutions. Our retail electricity providers serve almost 3 million residential and commercial customers throughout the country. More information is available at www.nrgenergy.com. Connect with NRG Energy on Facebook and follow us on Twitter @nrgenergy.

About Boeing Defense, Space and Security

A unit of The Boeing Company, Boeing Defense, Space & Security is one of the world’s largest defense, space and security businesses specializing in innovative and capabilities-driven customer solutions, and the world’s largest and most versatile manufacturer of military aircraft. Headquartered in St. Louis, Boeing Defense, Space & Security is a $33 billion business with 56,000 employees worldwide. Follow us on Twitter: @BoeingDefense.

This news release contains forward-looking statements within the meaning of Section 27A of the Securities Act of 1933 and Section 21E of the Securities Exchange Act of 1934. Such forward-looking statements are subject to certain risks, uncertainties and assumptions and include NRG’s expectations regarding the Company’s Community 1 solar project and forward-looking statements typically can be identified by the use of words such as “will,” “expect,” “believe,” and similar terms. Although NRG believes that its expectations are reasonable, it can give no assurance that these expectations will prove to have been correct, and actual results may vary materially. Factors that could cause actual results to differ materially from those contemplated above include, among others, general economic conditions, hazards customary in the power industry, competition in wholesale power markets, the volatility of energy and fuel prices, failure of customers to perform under contracts, changes in the wholesale power markets, changes in government regulation of markets and of environmental emissions, and our ability to achieve the expected benefits and timing of our renewable projects. NRG undertakes no obligation to update or revise any forward-looking statements, whether as a result of new information, future events or otherwise. The foregoing review of factors that could cause NRG’s actual results to differ materially from those contemplated in the forward-looking statements included in this news release should be considered in connection with information regarding risks and uncertainties that may affect NRG’s future results included in NRG’s filings with the Securities and Exchange Commission at www.sec.gov.