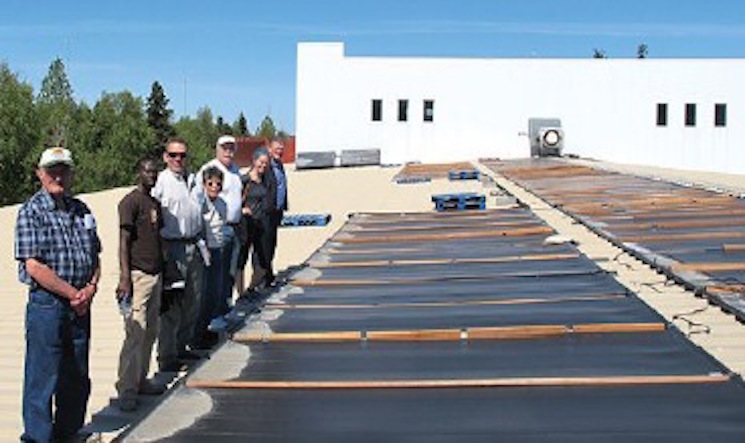 San Antonio, Texas – The North American Development Bank (NADB) and OCI Solar Power LLC, signed a US $40 million loan agreement for the construction of the Alamo 4 Solar Park in the town of Brackettville in Kinney County, Texas. The power generated by the project will be purchased by CPS Energy of San Antonio, Texas.

The project consists of designing, building and operating a 39.6 MWAC solar park using polycrystalline photovoltaic modules mounted on a dual-axis tracking system, and is being constructed on two contiguous parcels of land totaling 633 acres. The solar park will be interconnected through an existing transmission line to the Brackettville substation located adjacent to the northwest corner of the site. Construction has already begun, and the solar park is expected to go on line in October 2014.

The environmental benefits of this project, which was certified by the Border Environment Cooperation Commission (BECC) in October 2013, include the estimated displacement of 52,965 metric tons/year of carbon dioxide (CO2) 91 metric tons/year of sulfur dioxide (SO2), and 43 metric tons/year of nitrogen oxides (NOx). The project is expected to generate electricity equivalent to the annual consumption of approximately 5,200 households.

To date, NADB has provided US $367.5 million in loan financing for 13 solar projects in Arizona, California and Texas. Upon completion, these projects will have a total installed generation capacity of almost 150 MW.