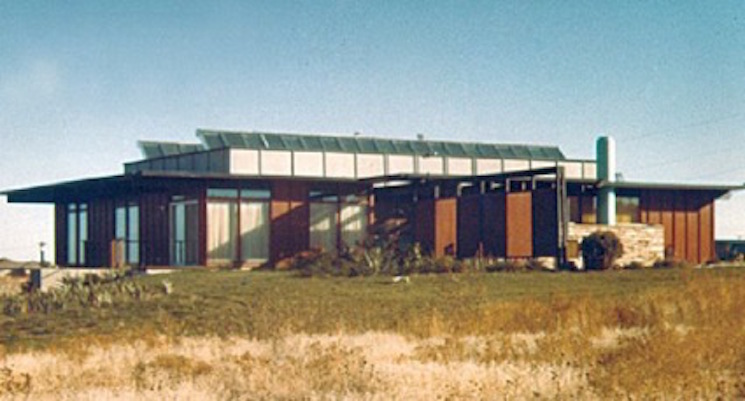 TYNDALL AIR FORCE BASE, Fla. (AFNS) — The Air Force is set to outdo itself with another large solar project at Nellis Air Force Base, Nevada. SunPower Corporation completed its first 14-megawatt solar power system at Nellis AFB in 2007. At the time, it was the largest solar photovoltaic power plant in the United States. Recently, the Air Force signed a lease with NV Energy, paving the way for construction of a 19-megawatt solar photovoltaic power system, the second to be built by SunPower. NV Energy will construct, own, maintain and operate the array. All power from the photovoltaic array will flow through the installation and power not used by the base will go to the grid. Nellis AFB will purchase power at the existing NV Energy tariff rate under the utility contract that is already in place, and NV Energy will provide a secondary substation and a transmission line as an in-kind consideration to the government for the lease. “This is a huge benefit to the Air Force,” said Frederick Cade, the project manager at the Air Force Civil Engineer Center. “It affords Nellis (AFB) much needed energy security and mission assurance by providing a redundant primary electric feed to the installation.”Construction is contingent on Nevada’s Public Utilities Commission approving the contract. Once complete, renewable energy from both solar arrays could provide 42 percent of the energy needed to power the base. “We are pleased to team up again with NV Energy,” said Howard Wenger, SunPower’s regions president. “In 2007, it took nine months to construct the 14-megawatt plant at Nellis (AFB). Today, we can install more than one megawatt per day at our larger power plant sites.”  Likewise, officials at NV Energy said the cooperation is anticipated to be a success for base operators and energy providers.“NV Energy looks forward to the opportunity to bring more clean, renewable energy to power facilities and military operations at Nellis,” said Stacey Kusters, NV Energy’s vice president for renewable energy.The project is a combined effort by Nellis AFB officials, Air Combat Command and the AFCEC. The installation conducted the National Environmental Policy Act process, gained acceptance of the project with other installation agencies and coordinated with NV Energy, while ACC evaluated the economic viability and provided expertise for the Power Purchase Agreement.  “It’s exciting to see Nellis Solar II coming to fruition,” said Lynn Haarklau, the optimization chief Nellis AFB. “A lot of Air Force and NV Energy folks have worked hard and put in long hours to ensure the success of this project. It’s extremely gratifying to know that all our efforts are paying off by providing Nellis with a mission-critical redundant power source.”  AFCEC provided overall project oversight and served as the liaison with senior Air Force leadership by providing updates on project plans, execution and scheduling. In addition, AFCEC and Air Force general counsel led the real estate actions and development of the lease.Based on data derived from the U.S. Environmental Protection Agency’s greenhouse gas equivalencies calculator, the new plant will offset the annual production of almost 27,000 tons of carbon dioxide emission, which is equivalent of removing 136,800 cars from Nevada’s roads over the next 31 years.