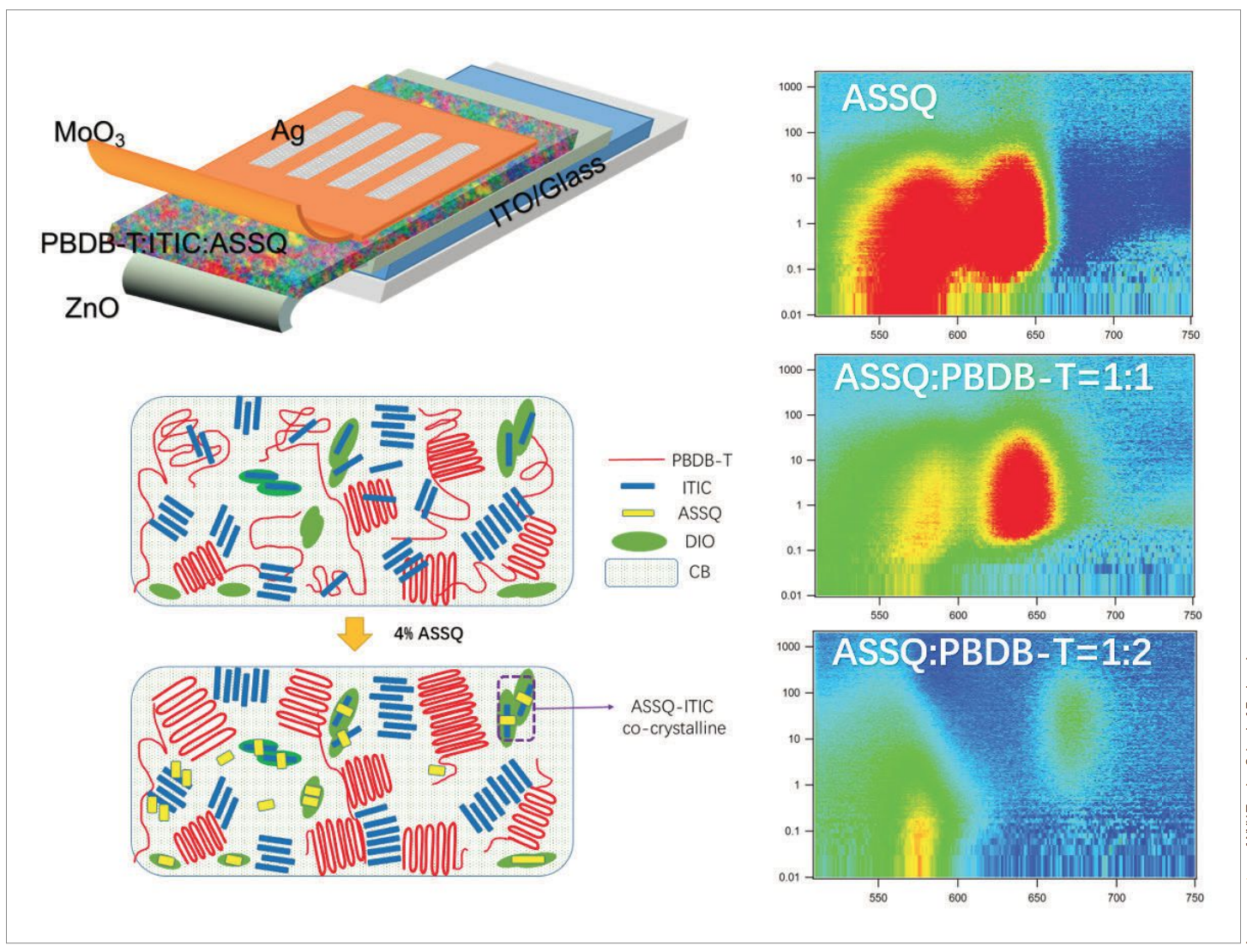 Dr. Andre Taylor achieved remarkable effi ciency by introducing a squarine molecule (ASSQ) as a crystallizing agent, which both donates electrons and enhances the light absorption of the active layer of the cell, properly orienting the PBDB-T donor-acceptor polymer that accepts the donor electron with the non-fullerene electron-acceptor molecule ITIC.

The National GEM Consortium has produced myriad amazing academics and STEM (science, technology, engineering, and math) professionals since its inception in 1976, and Professor André D. Taylor of New York University’s Chemical and Biomolecular Engineering Department is among the top on that list.

Dr. Taylor was awarded with prestigious GEM Fellowships for his Master’s degree from Georgia Tech and his PhD degree from the University of Michigan. Both awards were helpful in enabling Dr. Taylor to purse his advanced work in energy and materials design.

Specifically, his research group, the Transformative Materials and Devices Laboratory, develops innovative architectures for energy applications. Dr. Taylor realized that solar cells have great potential as a source of clean electrical energy, but they are not cheap, light, and flexible enough for widespread use. Dr. Taylor’s and his research team at NYU have now found an innovative and promising way to improve solar cells and make their use in many applications more likely.

Think of a solar cell as a sandwich, Taylor says. The “meat” or active layer — made of electron donors and acceptors — is in the middle, absorbing sunlight and transforming it into electricity (electrons and holes), while the “bread,” or outside layers, consist of electrodes that transport that electricity. His team’s goal was to have the cell absorb light across as large a spectrum as possible using a variety of materials, yet at the same time allow these materials to work together well. “My group works on key parts of the ‘sandwich,’ such as the electron and hole transporting layers of the ‘bread,’ while other groups may work only on the ‘meat’ or interlayer materials. The question is: How do you get them to play together? The right blend of these disparate materials is extremely difficult to achieve.”

Using a squaraine molecule in a new way — as a crystallizing agent — did the trick. “We added a small molecule that functions as an electron donor by itself and enhances the absorption of the active layer,” Taylor explains. “By adding this small molecule, it facilitates the orientation of the donor-acceptor polymer (called PBDB-T) with the non-fullerene acceptor, ITIC, in a favorable arrangement.” This solar architecture also uses another design mechanism that the Taylor group pioneered known as a FRET-based solar cell. FRET, or Förster resonance energy transfer, is an energy transfer mechanism fi rst observed in photosynthesis, by which plants use sunlight. Using a new polymer and non-fullerene blend with squaraine, the team converted more than 10 percent of solar energy into power. Just a few years ago this was considered too lofty a goal for single-junction polymer solar cells. “There are now newer polymer non-fullerene systems that can perform above 13 percent, so we view our contribution as a viable strategy for improving these systems,” Taylor says.

The organic solar cells developed by his team are flexible and could one day be used in applications supporting electric vehicles, wearable electronics, or backpacks to charge cell phones. Eventually, they could contribute significantly to the supply of electric power.