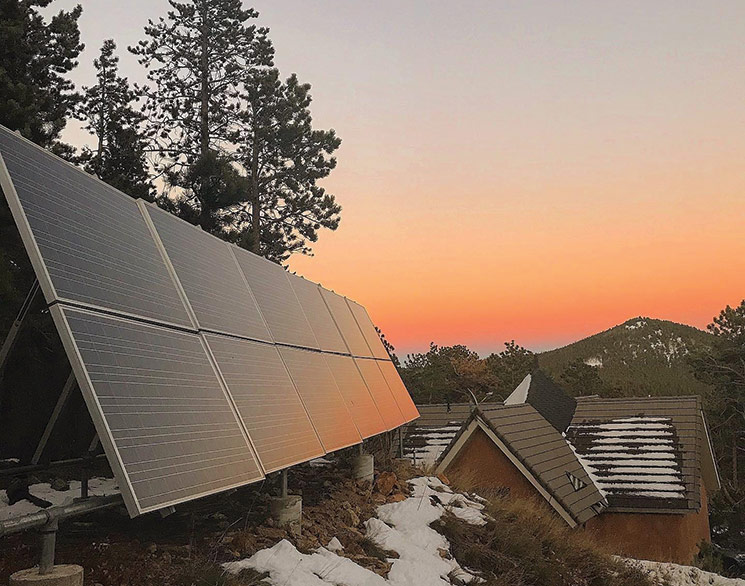 We’ve seen climate events this year that remind us how urgent our work is: destructive wildfires in California and Australia, Hurricane Dorian devastating the Bahamas, a disastrous volcano in New Zealand, icecaps and glaciers in the Arctic melting faster than expected. These disasters raise the alarm that the climate crisis is intensifying rapidly across the world. PG&E utility in California is intermittently shutting off its power as the changing climate is increasing the risk of fires.

Even with tariffs that make U.S. solar systems among the most expensive in the world, along with unbalanced subsidies across the energy sectors, these market increases show the determination of the solar industry. But what we have done is not enough. COP25 in Madrid in December reported that required emission reductions in many countries including ours, fall short of what is needed to meet our renewable energy commitments. Eighty countries did deliver new commitments; however, collectively those countries represent only 10 % of global emissions. Notably, the European Union’s “European Green Deal” is expected to legally bind the countries (except Poland) to reach a net-zero emissions target by 2050.

The renewable energy goals we have set, although ambitious, are not impossible. So there is some good news for the new year–it is still not too late! Solar will help us achieve our goals. It can be deployed quickly across many landscapes, is scalable, and is without any negative externalities. And like the sun, solar power continues to rise. It’s not just good for the planet, now being cheaper than coal, solar is good for our wallets. We expect annual global installations to rise to around 125 GW per year by the early 2020’s. It’s been a productive year at ASES too. We’ve revamped our Technical Divisions, developed a webinar series, doubled our number of local tours on the National Solar Tour, and birthed the Zero Emissions Network (ZEN). We’ve also started an ASES Endowment Fund invested in pure clean renewable energy.

Vote with your dollar and join the divestment revolution. From the rooftops, we are voicing our freedom. Goldman Sachs is the first major U.S. bank to make the commitments not to fund new coal projects or Arctic oil drilling. Others (read Wells Fargo and Bank of America) should follow suit shortly. We need everyone to join the conversation, to move the movement. Join us for our National Solar Conference, SOLAR 20/20: Renewable Energy Vision in Washington D.C. June 23-26. Help us make our voice loud and clear for the renewable revolution.