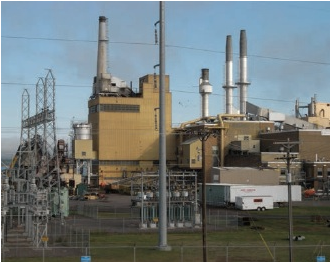 The Interstate Renewable Energy Council (IREC) has identified six near-term regulatory policy considerations to help regulators, utilities, customers, and states as they evaluate and capture the greatest benefit from distributed energy storage. The goal is not to identify specific policies, but rather to highlight key areas where regulations may need to be created, clarified, or updated in the near term.

According to developers, the most critical regulatory change to grow the distributed storage market is rate structures that provide energy storage customers with economic signals that enable them to offer services to the grid when and where they are needed. Time-of-use rates and demand charges for commercial and industrial customers are examples of such rate structures.

2. Create or modify markets for grid services and demand response to enable energy storage customers to offer those services, either individually or in aggregate.

For most energy storage systems to be cost-effective, especially in the organized energy markets, they must create revenue or reduce costs by offering multiple services or applications that span the energy value chain, known as “stacking.” Opportunities for storage customers to stack services can incentivize them to operate in ways that benefit the grid more broadly. Stacking also makes investments in storage systems more attractive to these customers. For stacking to occur, however, requires transparent and accessible markets for these services. Regulators should give serious consideration to programs that allow third party providers to aggregate services at the distribution level, which would allow even small residential customers to participate.

3. Update interconnection standards to ensure that energy storage systems have fair and efficient access to the electrical grid.

An increasing number of grid-tied energy storage systems will likely require modifications to existing interconnection processes and standards. Ideally, these modifications will allow faster and more economical interconnections while still ensuring the safety and reliability of the grid. IREC suggests:

4. Clarify eligibility rules for net metering programs to maintain the integrity of those programs while allowing energy storage systems to participate.

A concern is that storage systems colocated with net metered systems might store power not generated by the renew- able generator and then discharge that energy back onto the grid for a full retail credit. Where a need exists to reduce peak demand or increase generation during certain periods, however, energy stored during off-peak periods is valuable to the grid operator regardless of its source. Regulators may want to consider this distributed energy storage benefit during their deliberations.

5. Implement a broader scope for distribution system planning and management to create an electrical system that maximizes the benefits of energy storage.

Fundamental changes are underway in how the U.S. electrical grid is configured and managed. As a result of distributed generation, electricity now flows to and from the grid, and customers can now provide grid services that were once the sole domain of utilities. Based on these and other developments, we believe states will gain the greatest benefit from distributed energy storage deployment if it is part of a well-thought-out distribution planning effort. IREC suggests:

6. Coordinate oversight of energy storage systems with other governmental authorities to ensure safety without imposing duplicative or conflicting regulatory requirements.

Electric, building, and fire codes—usually enforced by local government officials—generally provide standards for installations at homes and businesses. When technologies are interconnected with the electrical grid, however, there is an added level of technical review imbedded in the interconnection standards, which are usually overseen by state public utility commissions. Commissioners and other state agencies can expedite the process of deploying energy storage by facilitating the conversation across government authorities.