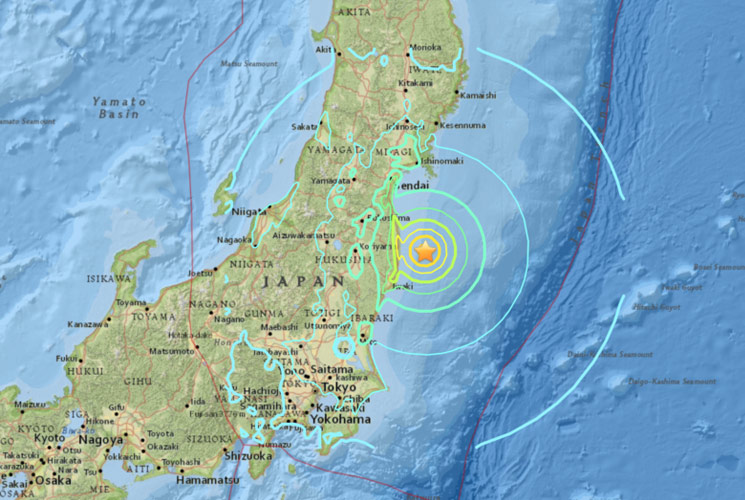 While Tokyo recently voted in a pro-nuclear mayor, Fukushima Prefecture, the site of the nuclear meltdown, announced it will transition to 100 percent renewable energy by 2040.

With a population of about two million, the province doesn’t want to return to nuclear power even as the national government remains committed to getting reactors back online. Although Tokyo seems to favor nuclear, surveys show that 53 percent of Japan’s citizens want nuclear power phased out and 23 percent want it shut down now.

Fukushima now gets 22 percent of its energy from renewable sources. One of Japan’s biggest solar projects could be located there, but residents also want to bring back small farming communities. They fear farmers could be tempted to sell their land for solar development and have come up with a win-win way to get around that.

Through “Solar Sharing,” farmers grow crops beneath solar panels while also getting paid for sending solar energy to the grid. For now, they are growing crops that absorb radiation, like canola, in an effort to decontaminate their farm- land and regain their livelihoods. Solar panels are mounted about three meters off the ground, arranged so that the right amount of sun shines through for the crops below. Solar systems have also been designed to cover citrus trees, resulting in the sale of “solarbon,” a hybrid of mandarin and orange.

In addition to solar, Fukushima has plans for 1 gigawatt (GW) of offshore wind by 2020, where a $226 million floating wind farm is already in motion.

Nagano, the prefecture that hosted the Winter Olympics in 1998, has also pledged to switch to 100 percent renewable energy, but by 2050.

The nuclear disaster has changed the way people think about energy, says Tetsunari Iida, director of the Institute for Sustainable Energy Policies in Japan. Besides providing clean, safe energy, renewable sources can be developed at the community level, offering residents local ownership and participation.

At the Warsaw Climate Summit last November, delegates were stunned when the Japanese national government rolled back its long-held target of cutting emissions 25 percent below 1990 levels by 2020. The new target is 3.8 percent below 2005 levels by 2020. Since the nuclear meltdown, utilities have spent billions to import fossil fuels, and emissions are rising significantly.

After implementing the world’s most generous feed-in tariff two years ago, Japan is now the world’s second-largest solar photovoltaic market, installing 7 GW in 2013 (the country has 10.5 GW installed in total). Developers turned more to solar than wind or geothermal because it’s cheaper and quicker to develop.

The government target for solar is 28 GW by 2020 — and 40 percent renewable energy by 2030. Corporations from SoftBank to First Solar are rushing to fulfill it, with 22.4 GW already approved.

But developers are running into a raft of barriers: limits to grid capacity, little available land, waiting lists for components and a shortage of qualified technicians.

For example, SoftBank’s 180-plus GW solar project — three large projects on the island of Hokkaido — is on hold because the utility hasn’t decided which projects will be able to connect to the grid.

About a quarter of all solar projects are being built on Hokkaido, Japan’s second largest island, because it offers relatively large parcels of inexpensive land. But the grid can’t handle all those projects. According to the Japan Renewable Energy Foundation, about 20 percent of projects are denied access to the grid, and 37 percent are told they will have limited access.

To deal with that, the government is building the world’s largest battery bank with a capacity of 60 megawatt-hours (MWh) in Hokkaido, and a 2-MWh bank in Okinawa, to stabilize the flow of solar energy. It will invest $33 billion on grid modernization and development over the next 10 years, particularly to spur growth of wind energy.

Meanwhile, Panasonic’s work-around is to focus on small rooftop solar. Rooftops don’t require the purchase of land, and there are transmission lines already available nearby. “Rooftops are going to be more popular,” Kazuhiro Yoshida, who heads the solar division, told Bloomberg.

About the authir:
Rona Fried, Ph.D., is president of Sustainable Business.com, a thought leader on green business known for its daily news and Green Dream Jobs service since 1996.