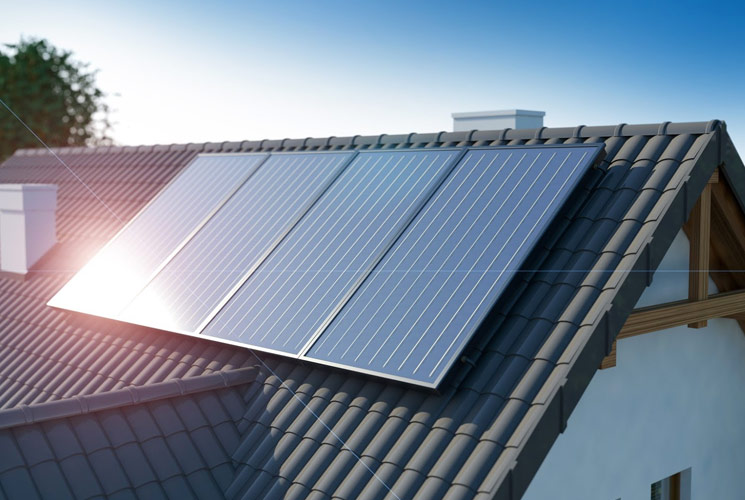 Following the Fukushima nuclear disaster last March, Japan’s electric consumption had to be kept within the limits of the surviving generators. That meant reducing the summer peak demand by 15 percent.

That’s what nearly half of Japan did last summer, with impressive results. The government asked for 15 percent. The people gave them 18 percent reduction in peak demand. There were no blackouts. It was an amazing thing to experience.

Northern Japan and Tokyo made it through the summer by enduring and doing without. In three years, there might be a better way, starting at home.

For the past decade the Japanese government has been aggressively funding efforts to understand exactly what happens when a neighborhood goes completely solar. Starting in 2002, the New Energy Development Organization (NEDO) invested nearly $100 million to test 553 homes it equipped with complete photovoltaic (PV) systems. The compact housing development, 50 miles outside of Tokyo, is called Pal Town.

NEDO also wants to understand the technical problems on a global level so that the Japanese solar industry can produce products and solutions that work well outside of Japan. To that end, NEDO is developing similar test communities around the world (including one just launched in New Mexico that I’ll report on in a subsequent article).

The knowledge gleaned from these projects is invaluable. It may lead to huge government infrastructure investments into complex smart grid technology. Or it might simply lead to a beautiful house that everyone wants to own.

The Yokohama Home Collection is a small, artificial neighborhood of 18 unoccupied model “eco homes” (including “smart homes”) from various homebuilders around the country. It temporarily occupies a quarter of a city block within walking distance of downtown Yokohama — not really the sort of place you’d expect to find a home of any kind. Yokohama Smart City Project sponsored this project to showcase the beauty of living green. And the homes really are beautiful.

The heart and brain of a smart home is the Home Energy Management System (HEMS). The HEMS can do a lot of things. It manages the comfort and security of the occupants, regulating temperature, lighting, locks on doors and windows. It also manages the home’s energy infrastructure, integrating energy from the rooftop PV array, recharging the electric vehicle (EV) and the optional home-scale storage batteries. Ultimately, a HEMS will manage most of the household appliances, allowing you to reduce energy costs without compromising convenience and comfort.

I visited the Daiwa House, where the entire home can be controlled from an iPad. The lights are LEDs with nonreplaceable bulbs designed to outlive the house. The lights in the bedroom are integrated with the alarm-clock app — they wake you up by gently progressing from a warm sunrise glow to cheerful daylight.

Since the rolling blackouts immediately following the March 11 disasters, people have been particularly interested in this home’s prototype lithium-ion battery pack, designed to run the home for several hours.

As appealing as that vision is, the biggest barrier to the adoption of HEMS and smart appliances is compatibility. Think about the half-dozen remote control devices that clutter your TV room table. You can thank the secretive, closed culture of the TV manufacturers, most of them Japanese (even though Japan has all but stopped making TVs domestically).

That just won’t work for HEMS. On July 12, the HEMS Alliance was announced in Tokyo. It consists of 10 Japanese home appliance manufacturers, the telecommunication giant KDDI, and Tokyo’s utility company, TEPCO. Their goal: create an interoperability standard for smart consumer appliances within three years.

HEMS makes a house not only smart, but valuable. By bringing everything together — PV, EV, new appliances, small thermal energy storage systems (hot and cold) and perhaps a residential battery — HEMS can reshape the home’s electricity consumption and generation profile to minimize its impact on the local distribution grid and maximize its value to the regional grid.

A smart house with PV produces energy that is carbon-free and domestic. A smart house, with all its cool appliances, creates local and global markets for Japan.

So will a smart energy revolution really happen in Japan? Japan has the intellectual and technological leadership to do it. And it has an amazingly sophisticated bunch of consumers excited about solving Japan’s energy problems and participating in the future.

Still, the voices of the past are heard daily on the news: “Nuclear energy is needed to keep the Japanese economy globally competitive. Our idled nuclear plants need to be restarted as soon as humanly possible.”

It will be tragically sad if the energy released by the great earthquake of March 11 will have only nudged the axis of the Earth, and not changed the direction of our world.

Japan stands on the brink of redefining the world’s energy systems. It can create a future where mothers needn’t worry about their children playing in radioactive playgrounds. I’m hopeful.

Dan Bihn (dan@danbihn.com) is a technical marketing and communication engineer and a frequent contributor to SOLAR TODAY.