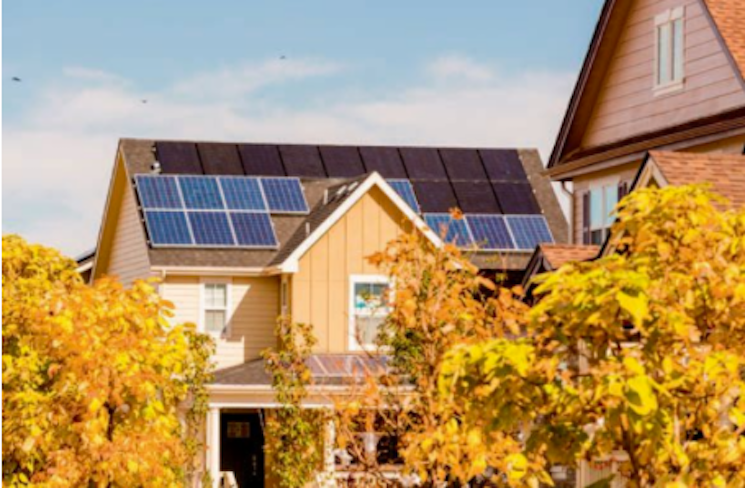 CHICAGO – Governor Pat Quinn today signed legislation to promote the purchase of solar-produced electricity in Illinois. The law requires that a special existing fund be used to purchase solar power and emphasizes the development of distributed solar generation, such as the installation of solar panels on residential rooftops. Today’s action is part of Governor Quinn’s agenda to protect the state’s natural resources and ensure a clean and healthy environment for future generations.

“These last days of June are some of the longest of the year, the perfect time to talk about getting more of our electricity from solar,” Governor Quinn said. “Thousands of residents will soon get cheaper, cleaner energy, and we will create good paying jobs for working families in the process. It’s this sort of innovation that has made Illinois a national leader in clean energy production.”

House Bill 2427, sponsored by State Representative Robyn Gabel (D-Evanston) and State Senator Don Harmon (D-Oak Park), requires the Illinois Power Agency to use up to $30 million to purchase solar power to meet a portion of the state’s electric power needs. The money comes from the agency’s Renewable Energy Resources Fund, which is made up of clean energy fees paid by power suppliers in Illinois. The law establishes a competitive procurement process to purchase energy from existing solar devices and from new solar installations, which could mean thousands of new solar panel installations on homes in Illinois. These panels help power homes in a clean, healthy way and reduce homeowners’ electric bills by allowing residents to sell excess power to the grid. Existing and new utility-scale solar projects will benefit from the legislation as well. The law is effective immediately.

“Increasing our investment in clean energy creates jobs, protects the environment and reduces our dependence on fossil fuels,” Senator Harmon said. “Over the past few years, we’ve seen wind energy take off in Illinois. I hope that this investment starts a similar revolution in solar energy.”

The Illinois Power Agency was established by law in 2007 to develop procurement plans to ensure adequate, reliable, affordable, efficient and environmentally sustainable electric service at the lowest total cost for residential and small commercial customers of Ameren and ComEd. The procurement plans include electricity generated from renewable sources and from traditional sources.

Since taking office, Governor Quinn has led Illinois on a path towards sustainability. He currently serves on President Barack Obama’s Task Force on Climate Change and Resilience to advise the federal government on how to respond to the needs of individual communities affected by climate change.

Over 330 wind, solar and geothermal companies are located in Illinois. Chicago alone is home to 13 global or U.S. headquarters of major wind power companies, more than any other city in the nation.

Illinois also ranks first among all states in the nation in purchasing green energy and its energy efficiency programs rank in the top ten in the U.S., the only non-coastal state to do so. Illinois is also fourth among states in wind production, largely due to Renewable Portfolio Standards (RPS).

In February, the U.S. Green Building Council ranked Illinois number one among all 50 states in the sustainable building design movement. Illinois has more than 29 million square feet of certified green buildings, or 2.29 square feet for every resident. Utilizing less energy and water, LEED-certified spaces save money for families, businesses and taxpayers; reduce carbon emissions; and contribute to a healthier environment for residents, workers and the larger community.

The Governor’s Illinois Jobs Now! program is the greenest public works program in the nation. It funds mass transit, electric vehicle infrastructure expansion, renewable fuels, high-speed rail as well as an ambitious state government construction and renovation plan that will save the state money and have a lasting environmental impact. It also funds the Governor’s highly successful Weatherization Assistance for Low Income Persons program that has helped 25,000 Illinois homes save energy and money through the winter.

In addition, Illinois’ $1 billion Illinois Clean Water Initiative expands funding for wastewater and drinking water projects for Illinois communities so all of Illinois has access to clean water.