Goodbye, President Obama, We’ll Miss You So During the week before the earth shattering (literally) presidential election, President Obama added to his steady stream of policies that have been moving us to a renewable energy-based economy and away from fossil fuels. 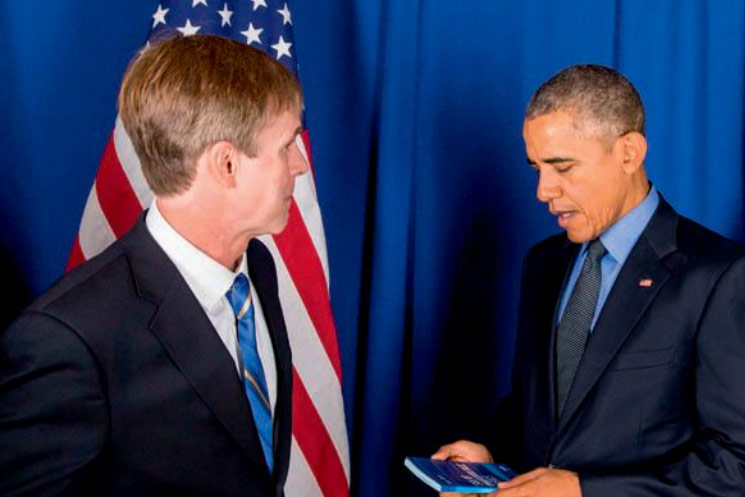 The Department of Transportation announced it would create 48 electric vehicle charging corridors in 35 states to lift sales of electric cars. Drivers will be able to find charging stations along interstate highways every 50 miles!

Because Obama significantly raised fuel economy standards for cars (54 mpg by 2025!) and trucks, automakers have no choice but to make plug-in models. In just a few years, there are 20 models and 16,000 charging stations, and battery costs have come down 70%, making EVs much cheaper in the future. And that’s not mentioning the huge gains in gas mileage (and lower emissions).

At the same time, Obama set a goal for federal fleets to cut greenhouse gas emissions 30% by 2025, forcing them to buy plug-ins. Twenty-four state and local governments joined the effort.

Also right before the election, the White Housechaired Council on Climate Preparedness and Resilience – which includes senior officials from every federal agency – released their report on what we need to do to survive climate change. As part of that, 97 universities agreed to work together to train design and build professionals on how to build in resilience across our society. The federal government spent $357 billion over the last ten years battling extreme weather events, which will “grow significantly in the coming decades,” the report says.

And in another move right before the election, the federal government released another $28 million in grants – for a total of $66 million – to help coal-based regions transition to other forms of employment.

In October, the world agreed to a binding agreement to phase out climate forcing HFCs, a goal Obama had been working towards for years. The Paris Climate Agreement entered force, thanks to Obama’s leadership, and the world signed an agreement to begin cap-and-trade for the aviation industry.

In September, Obama required climate change to be fully incorporated into all national security policies and strategies.

In July, he made solar more accessible to low- and middle-income households and veterans through the Clean Energy Savings For All Initiative, with a goal of one gigawatt of solar by 2020.

Here are Obama’s wide-ranging executive actions on the environment just in the past three years:

Meanwhile, the House voted against the environment 247 times, trying to roll back protections for public lands, clean air, clean water, or to enrich the oil industry.

Throughout his term, Obama tried to eliminate US fossil fuel subsidies, but got nowhere with Congress, even after publishing annual totals for the public to see. He also tried and failed to convince the G20 to set a deadline for that.

Beyond all the details of Obama’s many actions, he made the US a world leader on climate and renewable energy, so refreshing after eight years of George W. Bush. He changed the conversation toward science rather than corporate interests, and put us on a path to a green economy through breathtaking funding in the Recovery Act. All sectors of our economy knew the direction we were going in, and slowly but surely, most corporations got on board.

Now, all of this is in jeopardy. The people Trump puts in charge of the EPA, Department of Energy and Interior will likely work to take apart all of their predecessors’ good work on climate, energy and the environment. Going backwards isn’t easy once we’ve had a taste of progress.

About the Author:
Rona Fried, Ph.D., is president of Sustainable Business.com, a thought leader on green business known for its daily news and Green Dream Jobs service since 1996.