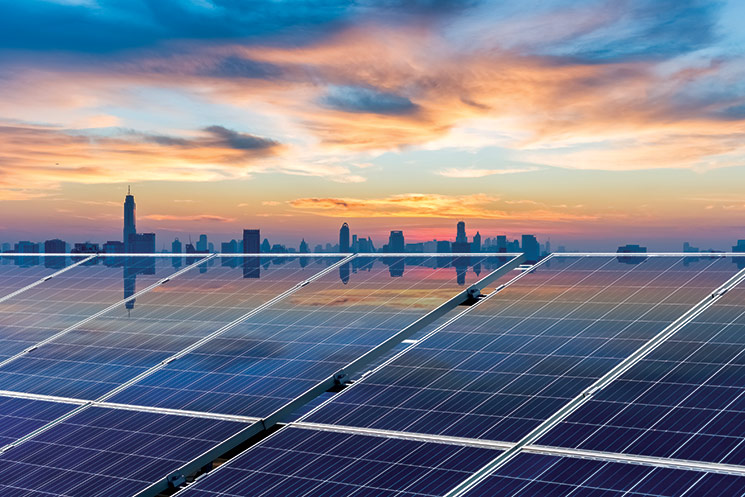 According to a review by the SUN DAY Campaign of data just released quietly by the Federal Energy Regulatory Commission (FERC) for the first three-quarters of 2019, solar and wind provided nearly six times as much new generating capacity as natural gas in September. New capacity placed into service that month included 359 megawatts (MW) of wind and 232 MW of solar but only 100 MW of natural gas.

But the gap between gas and renewables for calendar year 2019 appears to be closing with additions by the latter outpacing gas during each of the last three months reported (i.e., July, August, September). Moreover, compared to its prior monthly report, FERC’s three-year forecast has reduced its projection of net new natural gas additions (i.e., “proposed additions under construction” minus “proposed retirements”) by 99 MW while increasing those from renewable sources by 1,040 MW.

FERC also projects that the capacity of new coal plants over the next three years will be zero because none are reported as being under construction. In fact, if FERC’s latest projections become reality, in three years, coal’s share of the nation’s total available installed generating capacity will drop from 21.32% today to 19.09% three years hence.

The continued growth in new renewable energy generating capacity is roughly matched by growth in actual electrical generation by renewable sources. According to the latest issue of the U.S. Energy Information Administration’s (EIA) “Electric Power Monthly” report (with data through September 30, 2019), the generation of electricity from non-hydro renewables (including distributed solar PV) increased by 6.54% during the first three-quarters of this year compared to the same period in 2018. That slightly surpassed the growth rate for natural gas (6.50%) and was vastly better than that of coal and nuclear which declined by 13.56% and 0.34% respectively.

Small-scale distributed solar PV alone grew by 19.25% – the fastest growth rate for any energy technology – while total solar (i.e., distributed PV, utility-scale PV, and CSP) increased by 13.90%. Wind expanded by 6.78% and provided 6.91% of total U.S. electrical generation. Wind and solar combined accounted for 9.62%. Geothermal also increased – by 3.29% – but biomass dropped by 5.55%. Including hydropower, which experienced a 6.03% decline, renewably-generated electricity grew by 1.49% and accounted for 18.17% of total generation; it was 17.67% during the first nine months of 2018.

The Federal Energy Regulatory Commission’s 6-page “Energy Infrastructure Update for September 2019” was posted on FERC’s website on November 29th, 2019, but not accompanied by a corresponding news release as had been done regularly in the past. The report can be found at: https://bit.ly/2OGgTAu. For the information cited in this update, see the tables entitled “New Generation In-Service (New Build and Expansion),” ”Generation Capacity Additions and Retirements”, and “Total Available Installed Generating Capacity”.

FERC’s 6-page “Energy Infrastructure Update for August 2019” was released on November 1, 2019 several weeks later than had been the norm for this report and again without an accompanying news release. It can be found at: https://bit.ly/2LdpFE0. For the information cited in this update, see the table entitled “Generation Capacity Additions and Retirements.” The U.S. Energy Information Administration issued its latest “Electric Power Monthly” report on November 26, 2019. The data cited in this update can be found at: https://bit.ly/2qYmFEC.

1 Capacity is not the same as actual generation. Capacity factors for nuclear power and fossil fuels tend to be higher than those for most renewables. For the first nine months of 2019, the U.S. Energy Information Administration (EIA) reports that renewables accounted for almost 18.2% of the nation’s total electrical generation that is, somewhat less than their share of installed generating capacity (almost 21.8%) for the same period. Conversely, coal’s share of generating capacity in the first three-quarters of 2019 was 21.3% while its share of electrical generation was 23.7%. 2 FERC generally only reports data for utility-scale facilities (i.e., those rated 1-MW or greater) and therefore its data do not reflect the capacity of distributed renewables, notably rooftop solar PV which according to the EIA accounts for nearly a third of the nation’s electrical generation by solar.