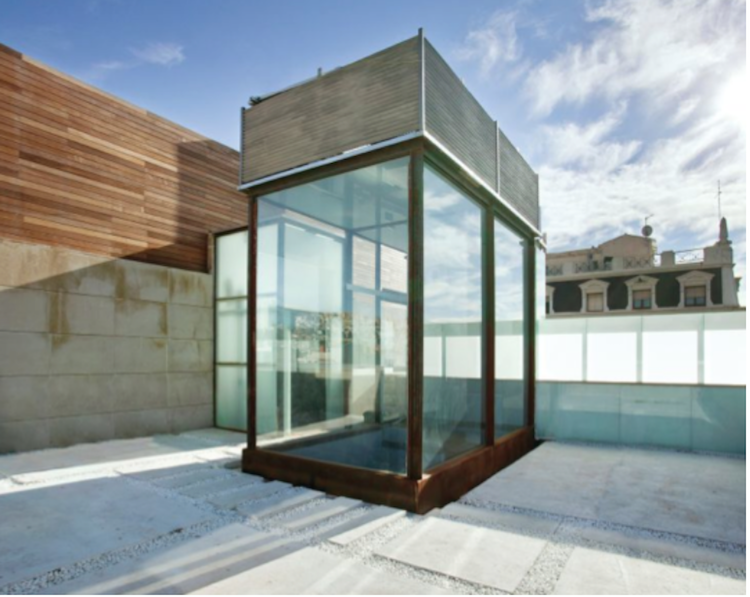 The cover of our last issue (SOLAR TODAY, March/April 2014) featured the Bullitt Center, a net-zero five-story office building in Seattle. Bullitt Foundation President Denis Hayes noted that the building has no elevator to draw electric power. If they were building it today, Bullitt might go for a solar-powered, net-zero elevator.

The Swiss elevator manufacturer Schindler, with U.S. operations based in Morristown, N.J., now sells a net-zero solar elevator, using a solar array and battery bank to take the lift entirely out of the building’s energy equation. According to Product Manager Mario Heggli, Schindler’s model 3300 runs on a 220-volt, 6.2-kilowatt single-phase gearless electric motor, claimed to be up to 60 percent more efficient than a hydraulic drive — and it’s capable of regenerative braking. The compact motor eliminates the need for a mechanical bay above or below the elevator shaft.

A key feature is the bank of AGM batteries with about 7 kilowatt-hours capacity. The cab can hoist nine people (up to about 980 kilograms, or 2,156 pounds) on a 30-meter hoist. Over 24 hours, any passenger elevator carries as much weight down as up, so the only long-term energy loads are lighting, controls, mechanical friction and electrical efficiency losses. The regeneration charge stored going down provides most of the energy for the next trip up. The difference is made up by the photovoltaic (PV) array, and the system is capable of up to 12 hours of sunless operation.

In “solar-dedicated mode”— Schindler’s term for a stand-alone off-grid elevator — the batteries are recharged with a PV array with a peak capacity of about 2.2 kilowatts. The elevator can also be tied into a larger, grid-connected solar array powering the whole building.

The first Schindler 3300 solar elevator went into service a year ago, in a five-story building in Barcelona. Schindler won’t disclose the brands of solar equipment used.