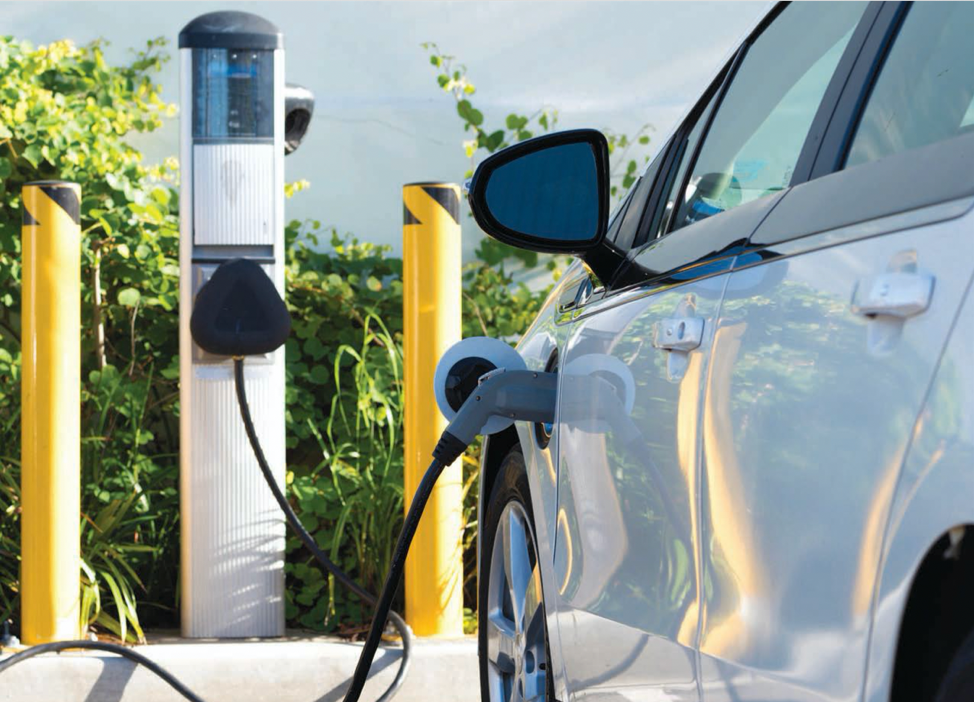 As the world moves towards a low-carbon future, there is a growing range of technological advancements facilitating the transition away from fossil fuels. Transportation and energy production are two sectors that desperately need to reduce emissions, and developments in electric vehicles and battery storage are rapidly changing both markets. Lithium, sometimes referred to as “white petroleum”, is a key component in energy storage and in recent years demand has skyrocketed. This summer delegates gathered in Chile, the country with the world’s biggest lithium reserves, at the 11th Lithium Supply & Markets Conference (https://bit.ly/2W2BAal) to discuss the latest advances in the industry.

Large scale batteries as a storage option for renewable energy on main electricity grids reached prominence after Elon Musk challenged himself to upgrade South Australia’s energy grid within one hundred days. It took only 63 days (https://bit.ly/2j6PfMy) for Tesla to build a 100 MW lithium-ion battery, the largest in the world, capable of kicking in as the state’s backup power source within less than a second. Using renewable energy as its prime power source, the battery helped improve the viability of renewables in South Australia, smoothing out issues with the intermittency of supply. This mega-battery kicks in to stabilize the energy grid (https://ab.co/2mj6vmi) in the event of coal-powered plants or wind farms unexpectedly shutting down. In December 2017, a major coal generator in the neighboring state of New South Wales tripped, depriving the grid of over 689 MW of capacity. However, the batteries kicked in within a second, assuring there would be no blackout.

The storage system has also cut energy costs for consumers in South Australia. By buying and selling power during fluctuating demand, the Tesla battery generates revenue, making close to $1.4 million AUD ($960,000 USD) through five days of volatile prices. As a result of its flexibility and improvement over current energy storage options, it has led many utility companies to consider the future uses of large-scale batteries. However, there are some outstanding issues that are threatening to limit the growth of lithium batteries.

The growing use of lithium batteries to store energy has exposed one of the dirtier sides of transitioning to a low carbon economy. To create these batteries, there is a need for a range of rare earth metals that require heavy mining and manufacturing that emit significant emissions. Furthermore, major components such as lithium, nickel, and cobalt exist in a finite amount that is unlikely (https://bit.ly/2kVOPNd) to meet the current and future demands for battery units. So what options are available to help meet present and future needs, and how can it reduce pollution in the process?

Studies (https://bit.ly/2OGTEIp) looking into the sustainability of electric vehicles point out that with the high demand for new electric vehicles, the auto industry will benefit from economies of scale and as more cars are built, the more efficient and less polluting the manufacturing process. Additionally, as more batteries are created for these electric vehicles, it will create a market for the recycling of these storage devices, thereby reducing the need for new mining endeavors.

By the year 2025, lithium demand is expected to increase to approximately 1.3 million metric tons of LCE (lithium carbonate equivalent) – over five times today’s levels. For example, the Volkswagen Group aims to launch more than 70 electric car models in the next 10 years, closely followed by a host of other automakers. In order to increase lithium supply to meet the boom in electric vehicle demand, companies such as Energy Exploration Technologies (EnergyX) are working on breakthrough direct-extraction technologies that they hope will provide increased production capabilities on both existing brine reserves and previously non- viable brine sources. The company’s metal organic framework membranes substantially decrease the price of lithium production by optimizing the extraction process and increasing output yields.

“Our goal is to develop rapid, low-cost, lithium extraction and separation membranes with high recovery rates and minimal environmental impact,” explains Teague Egan, CEO of EnergyX. “This, in turn, will dramatically improve output, as well as production economics for existing producers, and their customers beyond that.”

The drawbacks of the mining industry itself have weighed heavily against the rise of batteries. Mining rare earth and heavy metals emit large amounts of emissions whilst also having a noticeable impact on the environment. Around half of lithium mining comes from brine extraction while the rest is hard rock mining, which has even more damaging consequence to the environment. Shifting resource extraction away from hard rock to brine, with new technologies that leave a small footprint and low energy consumption such as EnergyX, can reduce environmental impacts. Increasing demand for batteries could lead to new lithium mines (https://bloom.bg/2GVTUgZ) being set up outside of current operations in Australia, Chile, China and Argentina.

The use of responsible mining companies has also been put forward as a way to promote safer industry standards that will reduce harmful environmental effects as well as ensure that labor laws are met. Whilst it is not a perfect solution, there are many ways to mitigate and reduce the impacts of batteries meant for electrical vehicles.

If the Tesla battery in South Australia and the effectiveness of current electric vehicles are anything to go by, lithium batteries will have a very important role in creating a low-carbon world. A recent study (https://rsc.li/2kw28nC) shows that the United States could reach 80% of its energy demands through renewable energy, with the biggest shortfall being the lack of infrastructure to store the power produced and the price tag associated to setting it up — upwards of $2.5 trillion USD.

Many startups and investors are also looking to find a breakthrough in battery storage technology that could supplant or complement lithium-ion batteries or find a way to make them more efficient and less costly. One of these programs (https://bit.ly/2sRlq7H), Breakthrough Energy Ventures, is funded by several billionaires including Bill Gates, Jeff Bezos and Richard Branson, with the aim to find solutions for a zero-carbon future through over $1 billion in investment.

The South Australian battery system offers a new avenue for large scale battery storage: a gradual replacement program. Such a program would use low-carbon energy sources such as nuclear and natural gas using carbon capture technology to replace fossil fuel power baseline energy needs, with batteries being installed as backup systems until they are able to gradually replace the aforementioned energy providers. Energy storage is clearly an integral part of our low-carbon future, and new techniques will be needed to maximize the use of our limited lithium resources.

James Ellsmoor is the founder of the Virtual Island Summit and a Forbes 30 Under 30 entrepreneur, dedicated to his passion for sustainable development and renewable energy. A digital nomad, James has worked and traveled in over 50 countries and consults for leaders in NGOs, the private sector and government. His work extends into climate change policy, renewable energy and travel and he has particular expertise in small island developing states (SIDS).

For more information about the Virtual Island Summit visit www.islandinnovation.co/summit.