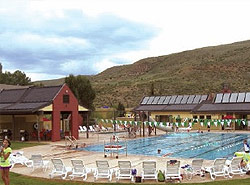 More than a year ago – in March, 2013 – SOLAR TODAY magazine published a stirring call to arms by our investment columnist, Rona Fried. In “Renewable Energy Under Attack,” Fried warned that the American Legislative Exchange Council (ALEC) was pushing model legislation, titled the Electricity Freedom Act, to roll back all the progress renewable energy has made at the state level. ALEC made common cause with investor-owned utilities and their representative organization, the Edison Electric Institute.

Since last fall, SOLAR CITIZEN has been beating the drum about the corporate attack on net metering and renewable electricity standards. That attack campaign is framed by utility companies as a matter of fairness: they characterize homeowners with solar arrays as freeloaders on the grid. That’s ironic, considering that most solar homeowners invested their own funds to support the grid. We’ve had overwhelmingly positive response among our own readers, but it’s disturbing that a large proportion of the public has accepted the reactionary propaganda pushed by the utilities. You can see their letters in your local newspaper.

Late in April, The New York Times ran a Sunday editorial, “The Koch Attack on Solar Energy.”  The newspaper came down solidly on the side of distributed solar, and placed blame for the anti-solar campaign squarely where it belongs: on the greed of fossil fuel companies and investor-owned utilities.

In spite of early failures, ALEC and the EEI have made significant “progress.” They won the fight in Oklahoma, imposing a yet-to-be determined fee on future grid-tied generation of any description.  Imagine Oklahoma, where the wind comes sweeping down the plain, killing off what remains of its small wind business. That’s just what Oklahoma has done, to assure the continued monopoly enjoyed by the state’s utility companies—notably Oklahoma Gas & Electric, and American Electric Power. Arizona’s solar homeowners barely scraped by with a token fee. Maine’s governor vetoed an act that would have extended net metering programs. Ohio’s legislature may freeze renewable standards for two years. Xcel Energy has taken the fight to the seven states in which it does business.

When this gang loses a firefight, they come back again a year later, with the same message reframed. The battle is joined in 43 states, and the next state to fall might be yours. It won’t end until the public utilities follow the lead of the municipals, and change their business model to embrace distributed power – or until a critical mass of consumers goes off grid entirely.

This is deadly stuff. The oligopoly of privately-owned power interests spends millions to defend their obsolete business model, and the right to pollute the public’s air and water. The American Solar Energy Society and its nonprofit allies are not funded to fight the public relations war on an equal footing.

If you believe that renewable energy progress needs a determined defense, we need your support now. We’ve been urging members to get active locally through ASES chapters. We need financial support. Not in advance of the November election, and not when it’s time for year-end tax-relief giving.  Right now. ASES reaches an audience of more than 50,000 readers, and they see our renewable energy message every week of every month. But fewer than 10 percent of the audience supports the message financially. Solar Citizen was launched with generous donations by a pair of wealthy solar advocates who could see this fight coming.  The newsletter carries no advertising. Its only source of ongoing revenue is your donation to ASES . To stay in the fight, ASES needs your membership or renewal (better yet, a membership upgrade). We need your donation this month, not next.

Thanks in advance. I believe you’ll do the right thing.