Closing the Loop With Biogas 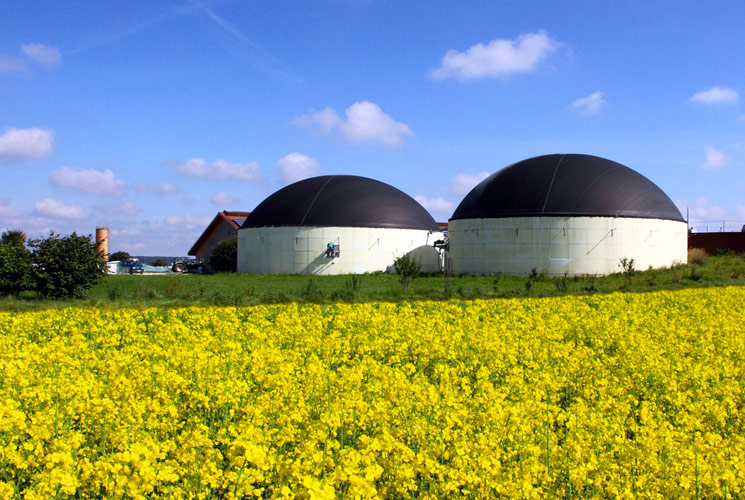 I’m from the “small is beautiful” crowd, preferring pretty low-tech, common sense solutions that elegantly close the loop. That’s why I like biogas so much. It has benefits from so many angles.

Take this project in New York City, where 5,200 homes and businesses will soon be heated by renewable natural gas, not the fracked kind. The demonstration project at the city’s largest wastewater treatment plant—Newton Creek in Brooklyn—will show how every city can transform these costly energy hogs into revenue generators that supply locally made natural gas (biogas) from locally collected organic waste.

Here’s how it works:

No longer do polluting trucks have to carry that cargo to landfills. And the city begins supplying natural gas, sans greenhouse gas emissions.

And the benefits don’t stop there! Forty percent of the biogas heats and cools the wastewater treatment plant, eliminating yet another source of costs and emissions. Like all such plants, until now, Newtown Creek has been flaring the methane into the air. Now, it will sell it as biogas instead.

National Grid is investing $7 billion to design, build, and operate the biogas system, and once it recoups those costs, it will split the revenue from selling the gas with the NYC Department of Environmental Protection (which runs the wastewater plant). Construction begins this year and natural gas starts flowing in 2015.

There are 14 wastewater treatment plants in NYC where 1 billion gallons of wastewater are treated every day. Almost all of them are now powered by the biogas they generate.

National Grid says biogas can supply 25 percent of natural gas for its customers in Massachusetts, New York, and Rhode Island, while creating 9,000 jobs.

According to a study commissioned by the American Gas Foundation, with the right policies renewable gas could meet the natural gas demands of half of all American homes.

Taking It a Step Further

There’s still one piece of the puzzle that’s missing in NYC’s project—where does the electricity come from to run the wastewater treatment plant?

A New Jersey plant won the “Biogas Project of the Year” award from the American Biogas Council because it runs entirely on renewable energy. In addition to using biogas for heating and cooling, the plant runs on 50 kilowatts of solar and combined heat and power—and it earns money through the sale of the renewable energy certificates it generates.

Biogas is spreading rapidly in the United States, used at 1,500 wastewater treatment plants and about 200 dairy and pig farms, but there are about 14,000 biogas plants in Europe, where they pump out 7.4 gigawatts of energy, according to Environmental XPRT’s Biogas Market Snapshot 2014. Germany leads with 8,700 plants, followed by Italy with 1,264, and Switzerland with 606. The market is expected to double there by 2020.

“Interest in biogas is growing very quickly,” Julia Levin, executive director of the Bioenergy Association of California, told San Jose Mercury News. “In the long run, there’s a lot of potential for biogas to be used as transportation fuel. Biogas closes the sustainability loop on so many levels.”

About the author:
Rona Fried, Ph.D., is president of SustainableBusiness.com, a thought leader on green business known for its daily news and Green Dream Jobs service since 1996.