Children To Adults: ‘Do Your Job So We Have A Future’ 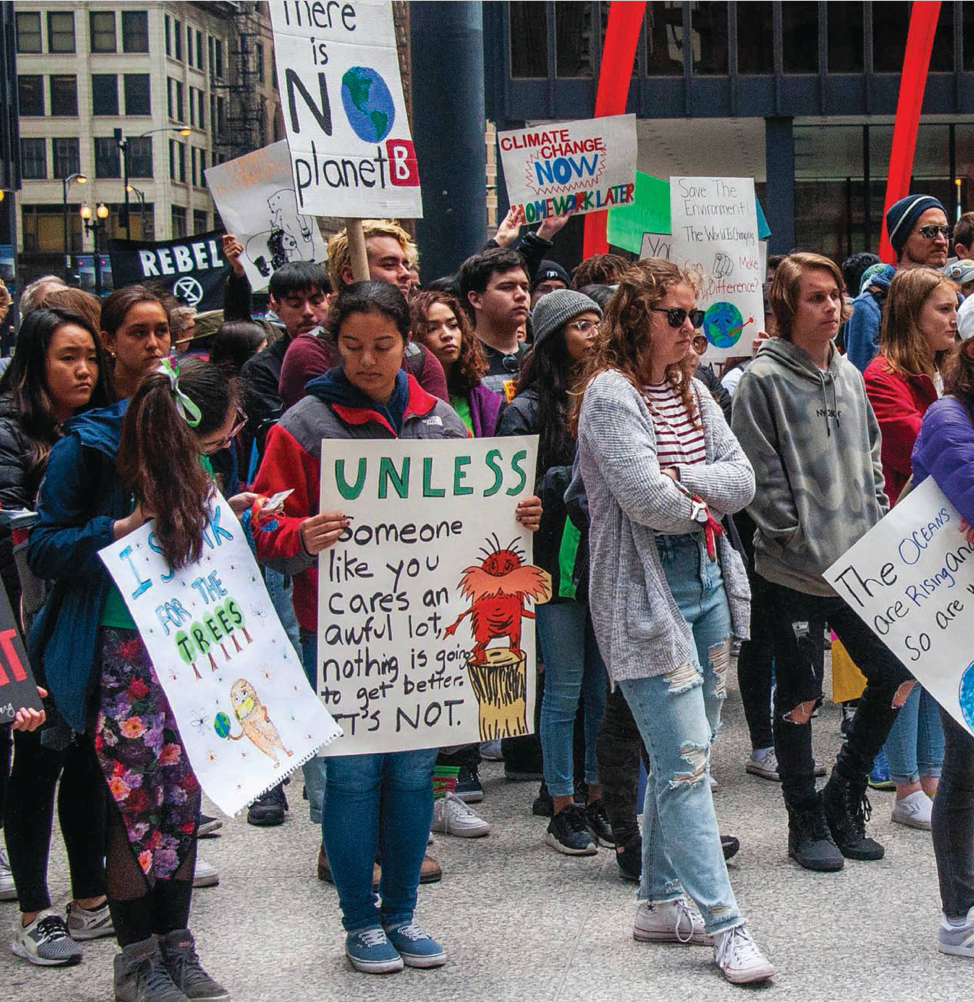 Children not only have the scientific facts on their side, but the moral clarity to demand change.

On September 20, my 12-year-old son carried his handmade protest sign to one of the thousand climate strikes around the world.

His sign read, “Where you gonna hide from the hell you made?” This die-hard rock ’n’ roll fan had tapped an obscure song by his favorite band— Queen—called “White Man,” about the genocide of Native Americans, and picked out the perfect line to describe his rage at our human-made climate crisis.

The size and scope of the Global Climate Strike was breathtaking.

My angry preteen was one of an estimated four million people who marched all over the planet in what is considered the largest climate change-related protest action in history. The size and scope of the Global Climate Strike was breathtaking. According to Vox, “There were over 2,500 events scheduled in over 163 countries on all seven continents.” In New York City alone, which is where the United Nations climate conference was held Monday, a whopping 250,000 people showed up for an event that had been permitted for 5,000 attendees.

And at events the world over, young people, outraged at the folly of adults, dared us to do better.

In Los Angeles, I spoke with youth organizers who had obtained a permit for only a few hundred people but were overwhelmed by thousands who showed up for the cause. A tall, lanky boy with bleached-blond hair introduced himself to me as 15-year-old Landen Ramirez, one of the organizers and co-founders of Youth Climate Strike LA. Looking exhausted as he stopped briefly to speak with me, the 11th grader from Acton Academy in Venice Beach said, “It’s been quite a roller coaster. This is so important to me because nobody else is organizing— politicians, CEOs and the big corporations perpetuating this mess.”

As kids around the world have been doing for the past year, Ramirez has been leading a regular march—through downtown Los Angeles and to City Hall—of about a hundred of his fellow students on the second Friday of every month, demanding climate action. Echoing the words we have heard from teen climate activist Greta Thunberg, Ramirez said, “I am a child, but the adults are acting childish here. So I have to pick up their slack, because nobody is going to defend my future if I don’t.”

As I walked through the crowd, several things struck me: The crowd was diverse, with plenty of black and brown folks intermingled with white Angelenos. It was also age-diverse, with kids as young as 6 alongside grandparents in their 70s. On the event stage, the diversity was just as impressive, with indigenous youth leaders dominating the opening proceedings. One named Haatepeh, a 21-year-old with the International Indigenous Youth Council, explained that the chant he sang onstage was a “traditional water song that we sing to honor water, because all animals are made of water, and we are paying homage to it.”

The refrain “water is life” came out of the seminal Standing Rock water protection movement aimed at the construction of the Dakota Access pipeline. That movement was a new chapter in Native American activism and was centered on the protection of earth’s resources and climate justice. Haatepeh sees indigenous wisdom as critical to the youth-led climate movement, saying, “We’ve known how to live with our earth in a balanced way without causing too much damage and pollution for thousands of years. … We’ve always known how to work with the land—not domesticate it, but work with it side by side.”

Another organizer of Friday’s strike in Los Angeles was 16-year-old Jesus Villalba Gastelum, a cheerful kid with long, dark hair tied in a ponytail, who explained that his family hailed from a small town in Mexico that had been hit by a drought. “I’m an immigrant,” he said, “if you can’t tell by my beautiful complexion, and I understand that migration is a very important part of the situation right now where we need to survive.” The recent record-breaking Hurricane Dorian brutally showcased just how big an issue migration will be in the coming years, as people displaced by climate change from the Bahamas seek refuge in the U.S.

There was a time not too long ago when protests against climate change were dominated by white and relatively privileged activists, a situation that appears to have shifted dramatically. Villalba Gastelum said that is because “a lot of the green movement before this was a lot of white people saying only ‘go vegan.’” But, he added, “A lot of our peoples have been living off the land and eating meat for thousands of years, and we haven’t had this problem until now.”

Kids like Ramirez and Villalba Gastelum are deeply worried about climate change, and they have good reason to view politicians and other leaders as having buried their heads in the sand, or simply kicking the can down the road year after year. After decades of climate scientists warning politicians to do something, there are now barely 11 years left to take action before irreversible climate change is estimated to kick in. “The worst-case scenario is that the majority of the human population becomes extinct by 2100, including me and my family,” Ramirez said.

When President Donald Trump made a brief appearance at Monday’s critically important climate-related United Nations conference, a video of Thunberg glaring at him went viral. In Thunberg’s powerful speech at the U.N., she tearfully admonished the gathered leaders with the words “How dare you?”

Children not only have the scientific facts on their side, but the moral clarity to demand change. Ramirez’s message to grown-ups is “to please grow up and do your job… This climate crisis is more important for me, and it needs to be addressed by somebody, and if you all aren’t going to do it, I have to.”

Sonali Kolhatkar is a columnist for Truthdig. She also is the founder, host and executive producer of “Rising Up with Sonali,” a television and radio show that airs on Free Speech TV and Pacifica stations KPFK, KPFA, and affiliates. She is the former founder, host and producer of KPFK Pacifica’s popular morning drive-time program “Uprising.”