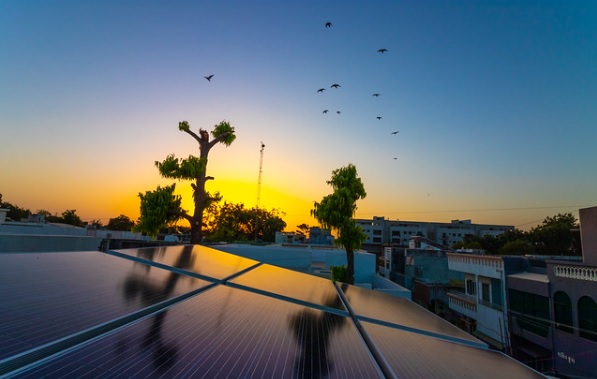 Kevin Cray, regional director at the Coalition for Community Solar Access, doesn’t talk much about profitability, even though the majority of CCSA’s 90-plus members come from the business sector.

They are the companies that develop community solar sites, finance them, manage subscriptions and provide legal services. Together, they take community solar from aspiration to generation.

“We have some nonprofit members, too,” Cray said.

But the biggest reason he avoids talking about profitability is that he would rather talk about success. “Success comes when you maximize benefits as much as possible for everyone and community solar markets grow.”

Cray was joined for this interview by CCSA CEO Jeff Cramer, who co-founded the organization in 2015 and established an early commitment to working with all stakeholders, as well as members.

That does not mean everybody shared a high level of trust from the start. Cray said the coalition worked in just a few states at first. It was and still is headquartered in Colorado, which was an early leader in the sector.

“What’s exciting today is that we are now in 20 states that have created or are considering community solar,” Cramer said. “States that were just starting to consider community solar in 2015 are the new leaders.” New York, for example, just surpassed a gigawatt of community solar this spring.

The spread of supportive policies has been accompanied by an evolution of community solar business models. As developers proved themselves to state regulators, electric utilities, local planning agencies and customer groups, they also won greater support from investors.

“In the nascent days, developers struggled to find financing partners. They seldom held long-term ownership of their projects,” Cramer said. Today, that has changed. Since more developers can make long-term financial commitments to their projects, they can be more creative and service-oriented on the program side, too. Cray said a CCSA member that has been in the news is one example. Pivot Energy was recently acquired by ECP,  a cleantech-investment company. Pivot’s resulting access to financing allows it to build, own and operate more solar projects.

Pivot Energy’s portfolio has grown to about 900 projects nationwide, including community solar in four states. It still is a B Corp, dedicated to solar and environmental progress as well as profits.

Even as they grow, most leading community solar developers continue to partner with local businesses or nonprofits to create a customized, local customer experience, Cray said.

In states where community solar has taken off, new businesses have joined the market leaders, raising some concerns about consumer protection. Neither Cramer nor Cray said they think the problem is unsolvable, though they welcome more attention to the problem where it arises, and they welcome discussions that could lead to state-level business guidelines or certification.

CCSA members are expected to adhere to a long list of core principles, including compliance with state rules and standards, transparency of system performance and costs, fairness of billing practices, and a commitment to equity and inclusion.

Involving solar businesses directly with community stakeholders is another strong way to promote good business practices, Cray said. For example, over the past few years, CCSA grew into a leadership role in coalition-building with stakeholders in New Mexico.

“We were fortunate to start with a robust stakeholder group. It formed through a Senate Memorial to explore community solar and expanded to draft proposed legislation. As legislation moved forward, we did our best to support the broadest possible participation,” Cray said. That included his meeting separately with different constituencies before convening together so there could be greater mutual understanding and fewer surprises. “By now, we’ve worked through a lot of different expectations, and we are pretty well aligned.”

The New Mexico community solar market is slated to open later this year. By that time, Cray expects to be applying lessons learned in new states. He and the rest of the CCSA staff are also likely to be driving a national effort to resolve issues that keep coming up again and again in many states — for example, the need for technical and policy solutions for faster, cheaper utility interconnections.

The coalition co-sponsored research with market analysts from Wood Mackenzie that predicted strong community solar-market growth, but not nearly as fast as predicted by the National Community Solar Partnership.

CCSA chose relatively conservative assumptions to spotlight the risks to market growth if issues like the need for interconnection and the extension of incentives are not favorably resolved.

Still, CCSA is a force behind a new policy coalition called Solar for All, which is pushing for all kinds of local, distribution-scale solar and storage. Cray said he predicts that certainly by 2050, there will be hundreds of gigawatts of rooftop and community solar. His reasoning is simply stated: “Because we need it.”

About the Author
As President of Cliburn and Associates, Jill Cliburn leads the Solar Value Project and is a technical advisor for the National Community Solar Project. She is an American Solar Energy Society Fellow.