Caribbean Electrical Bills Are Increasing; The Sun Can Lower Them 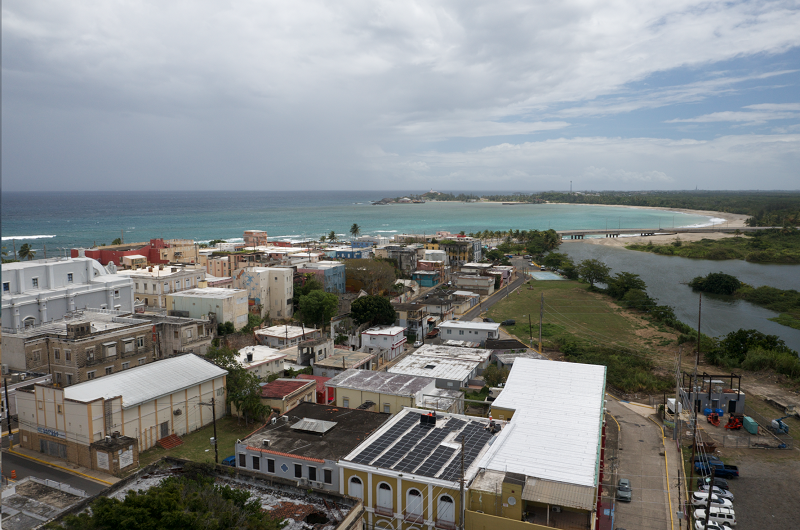 A critical facility in Arecibo, Puerto Rico, a part of the Community Energy Resilience Initiative piloting phase, is projected to save 20% on electrical bills from day one. (Credit: RMI)

Across the Caribbean, with the exception of oil-rich Trinidad and Tobago, electricity is among its most expensive prices in the world — and it is only getting more costly. In many countries in the region, prices have increased more than 40% since 2015.

Caribbean island nations already pay three to four times more for electricity than the mainland United States due to having to import oil from overseas. For example, electricity bills in Montserrat are now 300% higher than the U.S. average,1 while the average income is 80% less.

However, this does not have to be the case. There is a solution. We can be self-sufficient, be energy-secure and own our local energy resources.

Millions of tourists come to our shores because of our everyday sunshine, beautiful beaches and exquisite natural environment. We can use that sunshine to generate not only tourism dollars but also our own electricity.

The electricity we produce on our island from renewable sources like solar will not only be cheaper but will also increase our energy security by removing our dependence on imported oil. Ultimately, harnessing solar power unlocks the ability for everyone to access affordable, clean, resilient energy and eventually, cheaper and cleaner transportation.

This is not a hypothetical idea — there are already some solar projects being built in the Caribbean that are generating cheaper, cleaner energy. For example, a recent solar project in Montserrat that brought the island to 50% renewable energy is projected to cut electricity-generation costs by more than $17.5 million USD over the project’s lifetime.2

Solar is not only better for the environment and often cheaper, but it also helps during and after hurricanes. When a large power grid goes down, it can take weeks or even months to get power restored. Right now, in The Bahamas and Puerto Rico, solar microgrids with battery storage are being built to withstand intense hurricanes or come back online quickly.3

By moving toward a renewable energy-based electricity system, we will eventually make transportation cheaper. Electric cars, trucks and buses are becoming increasingly accessible as advancements in battery technology and growing e-mobility markets continue to drive down costs. Already, in Bermuda, an all-electric-powered public bus fleet is being deployed across the country5 and is projected to be completed in the next eight years. If we can make electricity cheaper, electric mobility options will be more affordable for everyone.

The time is now for us to harness the sun to generate our own electricity right here in the Caribbean. It will make electricity less expensive, create jobs, make us more resilient during storms, help us decrease the emissions of dangerous greenhouse gases, reduce air pollution and give us energy security. We must act today to promote and adopt more affordable, home-grown renewable energy solutions. We cannot afford to wait.

This is an edited version of an article initially published by The Royal Gazette. It was reprinted with permission from the authors.

David Gumbs is a co-director of RMI’s (formerly Rocky Mountain Institute) Islands Energy Program, where he works closely with 20 Caribbean island governments and utilities to achieve their renewable energy targets. David specializes in reducing energy costs and building resiliency through distributed renewable energy microgrids. He is the former CEO of the Anguilla Electricity Company, Ltd. and has over 20 years of senior managerial experience. Follow @RMI_Caribbean on Facebook and Twitter for more information.

James Fletcher is a former Minister of Public Service, Information, Broadcasting, Sustainable Development, Energy, Science and Technology in Saint Lucia. During his tenure, James led Saint Lucia on an aggressive path to modernize the energy sector. He headed the Caribbean’s delegation during the successful negotiations on the Paris Agreement on climate change. He was highlighted by Global Optimism in Profiles of Paris as one of the people who played a key role in creating the Paris Agreement. He is currently the founder and managing director of the consulting company SOLORICON.