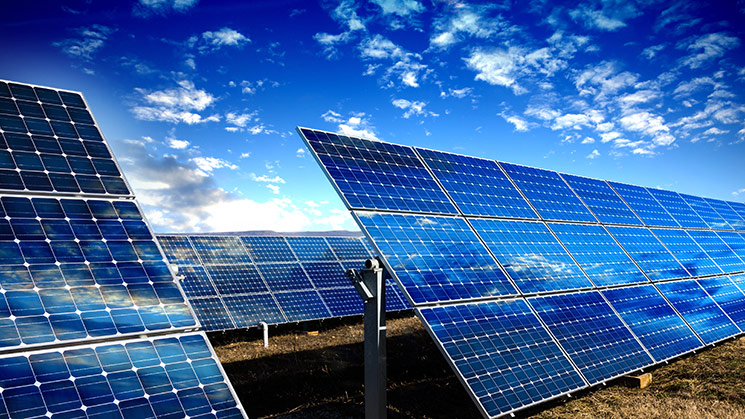 The average size of a non-residential distributed installation grew 46 percent in 2011. Last year’s 6-MW installation at the U.S. Air Force Academy in Colorado Springs, Colo., is among the largest installations to date in this sector.

Last year was another banner year for solar, with large increases in both the number and average size of photovoltaic (PV) installations. The capacity of PV installations in 2011 more than doubled, compared with 2010 installations (see figure 1 and “Utility-Scale Installations Lead Growth, July/August 2011 SOLAR TODAY).

More utility-scale systems and an increase in the average system size  Average Capacity of Grid-Connected PV Installations accounted for this dramatic growth. The total installed capacity of systems larger than 100 kilowatts (kW) increased by almost two-and-one-half times. Installations smaller than 100 kW, including virtually all residential installations, only grew by 28 percent on a capacity basis. The average size of an installation grew 64 percent in 2011, to 29 kWDC.

These are among the highlights of U.S. Solar Market Trends 2011 from the Interstate Renewable Energy Council Inc., to be published this summer at irecusa.org. According to the report, declining PV module prices, stable federal financial incentives and continued solar- friendly policies in some states contributed to strong PV market growth this past year. While solar markets remain heavily concentrated in a few states, more states have significant solar installations each year. All signs point to continued growth for 2012.

State RPS requirements are encouraging investments in utility-scale solar plants in some states. Federal tax incentives, grants and the lower cost of PV modules also made these investments attractive. Construction began in 2011 on many additional utility-sector installations, and utilities and developers have announced plans for even more projects to be built in the next few years. Installations in this sector seem poised for continued growth.

Federal stimulus legislation passed in February 2009 allows commercial entities to receive the federal incentive as a cash grant instead of a tax credit. Because the Treasury Department took several months to develop the rules for the 1603 Grant Program, the impact on 2009 installations was muted. In 2010 and 2011, the program operated for the entire year and then expired at the end of 2011. This expiration caused many projects to begin construction late in 2011 to qualify for the Treasury 1603 Grant Program. These projects begun in late 2011 will be completed in 2012 or later. Congress could decide to reinstate the Treasury 1603 Grant program, though those prospects are uncertain at best.

Other States Gain on California’s Lead

In 2011, more than two-thirds of grid-connected PV system installations were concentrated in California, New Jersey, Arizona and New Mexico, as shown in table 1, above. Of the top 10 states, Arizona had the highest growth, with more than four-and-one-half times as many installations as the year before. The market more than tripled in New Mexico and New york, and more than doubled in California, New Jersey and Hawaii. New york and Hawaii rejoined the top 10 list this year.

With the exception of Texas, all states on the top 10 list have strong state renewable portfolio or financial incentive programs or both. Texas made the top 10 list because of the 35-MWDC utility installation constructed for Austin Energy. Nevada, which was ranked No. 3 last year, fell from the top 10 this year. Nevada has a small number of large installations and did not have any such installations in 2011. However, large installations are under construction and planned, so we can expect to see Nevada return to the top 10 in the future. Although the market remains concentrated in a few states, the number of states with significant markets is slowly increasing.

On a per capita basis, six states — Arizona, Colorado, Delaware, Hawaii, New Jersey and New Mexico — had more installations than California in 2011, demonstrating how the market is diversifying across the country. On a cumulative basis, Nevada, Hawaii, New Jersey, Arizona and New Mexico each now have more per capita installations than California. (See table 2.)

The uneven distribution of PV installations shows that state policies are important, concentrating growth in states with supportive measures. Five years ago, owners of most PV installations received a cash rebate from a state or utility incentive program. For the past two years, the incentive expenditures have been declining, in part because the rebates provided per watt have been declining. Despite the decreasing expenditures, installed capacity with rebate support is increasing. When PV is less expensive, less incentive money is necessary to encourage installations.

Although the dynamic varies greatly from state to state, RPSs are an important policy driver and are emerging as the most important state policy tool. With an RPS, the utility is required to purchase a set minimum amount of renewable or solar generation. Often, compliance is made through the purchase of renewable energy credits set up for a state or region. RPSs tend to encourage a smaller number of larger installations.

Growth will Continue in 2012

What can we expect in U.S. solar markets this year? As of June, indicators pointed to continued grid-connected PV growth and the continuation of the 2011 trend of higher growth rates for larger installations. Reductions in PV module prices, continuation of the federal investment tax credit and strong state RPSs will help drive market growth.

Many large solar projects began construction in 2011 in order to take advantage of the Treasury 1603 Grant program. Most of these installations, both distributed and utility-sector projects, will be completed in 2012 through 2014. Since projects that begin construction in 2012 will no longer have the cash grant option, developers will need to find entities with tax bills large enough to take advantage of remaining tax credits.

Larry Sherwood (larry@sherwoodassociates.com) is president of the consulting firm Sherwood Associates. The solar data reported here was collected for the Interstate Renewable Energy Council Inc. (IREC) as part of a grant from the U.S. Department of Energy. A full report on the data will be published this summer and made available at irecusa.org. Previously, Sherwood served as executive director of the American Solar Energy Society.