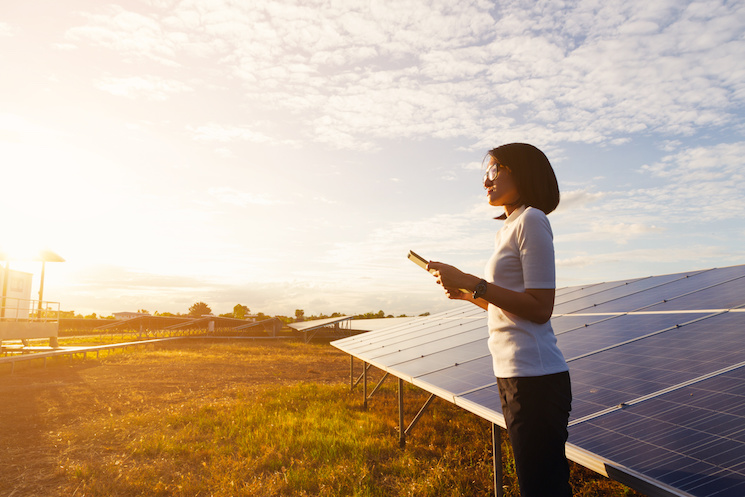 The top makers of photovoltaic (PV) modules solidified their market dominance in 2013 with Chinese suppliers continuing to lead the solar world, according to IHS Technology (NYSE: IHS).

Seven of the world’s top 10 solar module suppliers in 2013 have their headquarters or the bulk of their manufacturing operations in China, based on a detailed examination by IHS of 150 leading PV component manufacturers. Leading the way is China’s Yingli Green Energy, which shipped 3.25 gigawatts (GW) of solar modules, followed by Trina Solar, Canadian Solar, Sharp and Jinko Solar.

“The year 2013 marked the turnaround of global PV markets and the recovery of leading players in the photovoltaic industry,” said Jessica Jin, analyst for the solar supply chain at IHS. “Chinese and Japanese PV module suppliers benefited from the surge in demand in their domestic markets, with China in particular accounting for more than a quarter of global installations in 2013 and becoming the leading region in the process.”

Despite the continued success of China, the country’s dominance of global module markets is showing temporary signs of cracking as the overall market share of Chinese suppliers stagnated in 2013, remaining at nearly the same level as in 2012. This comes in contrast to the Japanese, who managed to expand their total share of market last year.

These findings can be found in the report, “PV Integrated Market Tracker – Q1 2014,” from the Power & Energy service of IHS.

Global PV module shipments grew overall by 24 percent in 2013, reaching a total of 38.7 GW. But the top 15 module suppliers expanded their shipments by a noteworthy 43 percent on average, which illustrates their solidifying hold on the market. The combined market share last year of the top 15 equated to 59 percent, up from 51 percent in 2012.

The latest module-supplier rankings also reflect the current photovoltaic boom in Japan, which accounted for 17 percent of global installations in 2013. All of the three largest Japanese players climbed by several positions compared to 2012.

Both China and Japan are difficult to enter for foreign companies. However, foreign suppliers in Japan have a better opportunity to sell modules in that country through local partners, OEM production or distributors, Jin noted.

Among the PV module suppliers, Chinese-based ReneSola more than tripled its shipments, while South Korea’s Hanwha Q-Cells and Japan’s Kyocera doubled shipments compared to 2012 levels. Two players—JA Solar from China and Solar Frontier from Japan—grew much faster than the market, with shipments for each expanding by more than 60 percent.

For its part, the REC Group from Norway defended its position as the leading module supplier headquartered in Europe, despite growing somewhat slower than the overall market

The Chinese as a group continued to be the star players of the global PV market, but there were also signs pointing to slower growth. While they continue to lead by far, 2013 also marks the second time their overall market share has not risen significantly. Chinese suppliers held a 57 percent share in 2011, 59 percent in 2012 and 58 percent last year.

European companies also maintained stable share in 2013 at 13 percent—nearly unchanged from 2011 and 2012. In contrast, the Japanese module industry enjoyed an increase to 15 percent, up from 12 percent in 2011.

Meanwhile, U.S. suppliers fell behind as their portion dropped to 9 percent, down from 13 percent in 2011.

As supply and demand get into balance in the industry, the outlook for 2014 is positive, IHS believes.

In particular, global installations will continue in their shift toward Asia, and the major Chinese players will start expansion efforts again by a variety of means—adding new manufacturing capacity; working with OEM partners; and acquiring and upgrading existing facilities. JA Solar, Trina Solar and Yingli Green Energy are among those that will extend capacities significantly in 2014.

“Although the industry is witnessing a long-term trend to more regionalized PV production, the current installation boom in China and Japan is triggering capacity expansion, predominantly in China,” said Stefan de Haan, principal analyst for solar at IHS.

“The combined market share of the Chinese module suppliers will go up again this year—a nice recovery since flattening during the years of the solar eclipse,” de Haan added.