Benchmarking the Declining Cost of Solar New reports from the Lawrence Berkeley National Laboratory analyze the policies, programs, and other factors that drive the declining cost of solar photovoltaics in both residential and commercial applications. 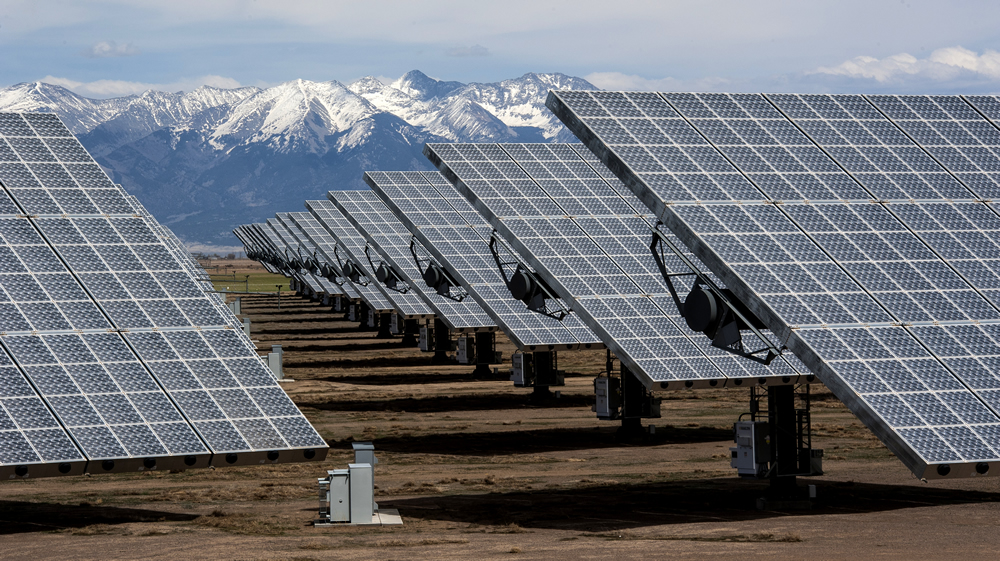 The market for solar photovoltaic (PV) systems in the United States has grown rapidly over the past decade, driven in part by a wide variety of policies and programs aimed at accelerating deployment and driving down costs. As these efforts have become more prevalent and PV has been more widely adopted, an increasing need has emerged for comprehensive and reliable data on the cost and price of PV systems.

Addressing this need, Lawrence Berkeley National Laboratory’s “Tracking the Sun” annual report series analyzes trends in the installed price of grid-connected PV systems in the United States. The latest edition in this series, “Tracking the Sun VII: An Historical Summary of the Installed Price of Photovoltaics in the United States from 1998 to 2013” (see 1.usa.gov/11Cy8Xd), updates pricing trends from previous reports, based on data for roughly 300,000 systems collected from state and utility PV incentive programs and other sources. Berkeley Lab also produces a companion annual report series, “Utility-Scale Solar” (see 1.usa.gov/1FavDdS), which focuses exclusively on the utility-scale solar market, and analyzes trends related not only to installed prices but also to operating costs, capacity factors, and power purchase agreement prices. This article highlights installed pricing trends from both reports, focusing first on residential and commercial markets and then on the utility-scale sector.

Within residential and commercial markets, PV system prices have declined by about $0.5 per watt (/W) (6 to 8 percent) per year, on average, since 1998.

Price declines, however, have not occurred at a steady pace over that period. In particular, installed prices fell markedly until 2005, but then stagnated through roughly 2009, while the PV supply chain struggled to keep pace with surging worldwide demand. Since 2009, installed prices have fallen precipitously as upstream cost reductions—principally PV module cost reductions—worked their way through to consumers and as state and utility PV incentive programs continued to ramp down their incentives. From 2012 to 2013, installed prices fell by $0.7/W (or 12 to 15 percent, depending on system size range).

Figure 1 also illustrates the close but imperfect historical linkages between installed system prices and PV module prices. As shown, module prices began a steep descent in 2008, accounting for roughly two-thirds of the reduction in total system prices over that period. Since 2012, however, module prices have remained relatively flat (or even risen slightly). The fact that installed prices continued to fall through 2013 and the first half of 2014 may thus signify a changing dynamic, where system price reductions are driven largely by reductions in PV system soft costs (e.g., installation labor, permitting and fees, customer acquisition, and installer margins) as well as by reductions in non-module hardware costs. Indeed, cost reduction efforts within the solar industry and among policymakers have focused heavily in recent years on soft costs, and recent trends suggest that those efforts may have begun to bear fruit.

Installed Price Declines Have Been Offset by Falling Incentives

Financial incentives provided through utility, state, and federal programs have been a driving force for the PV market in the United States. Those incentives, however, have also been on a steadily declining trajectory, muting the impact of the aforementioned declines in pre-incentive installed prices on the overall customer economics of PV. In particular, cash incentives in the form of rebates and performance-based incentives provided through state and utility incentive programs in the United States have fallen by roughly 85 to 95 percent since their historical peak in 2001/2002, offsetting roughly 80 percent of the decline in installed prices over that period. Within just the span of 2012 to 2013, the median value of cash incentives fell by $0.3/W to $0.4/W, depending on system size, offsetting 40 to 50 percent of the drop in installed prices over those years.

PV incentive program administrators have reduced incentives over time partly in response to installed price declines, but also as a signal to the market to drive further cost reductions. Program administrators have also ratcheted down traditional rebates and performance-based incentives in some markets in response to the emergence of other sources of financial support for PV projects—most notably, increases in federal investment tax credits and the development of solar renewable energy certificate markets.

Prices for these certificates, however, have also fallen steeply in recent years, as a surplus of solar capacity has emerged relative to solar carve-out obligations within many states’ renewables portfolio standards.

Among roughly 50,000 residential and commercial PV systems in the sample installed in 2013, the median installed price was $4.7/W for systems ≤10 kilowatts (kW), $4.3/W for systems 10-100 kW in size, and $3.9/W for systems >100 kW (see figure 1). Importantly, though, those median values represent central tendencies, and considerable spread exists within the data.

As shown in figure 2, above, among ≤10-kW systems installed in 2013, roughly 20 percent had an installed price less than $3.9/W, while a similar percentage was priced above $5.6/W. Installed price distributions for 10-100-kW and >100-kW systems, though not shown here, exhibit comparable variability.

Potential underlying causes for such pricing variability may include project characteristics (e.g., related to system size, technology type, or configuration) as well as attributes of individual installers. Installed price variation also reflects differences in regional or local market and regulatory conditions, as well as differences in administrative and regulatory processes (e.g., permit- ting and interconnection), and in labor wages and taxes. Regardless of its causes, however, the existence of such variability underscores the need for caution and specificity when referring to the installed price of PV, as clearly there is no single “price” that characterizes the U.S. market, or even particular market segments, as a whole.

Over the full data sample timeframe, the capacity-weighted average installed price of utility-scale PV projects fell by 40 percent. Year-over-year, however, capacity-weighted average prices in 2013 remained virtually unchanged from 2012. That apparent flattening may be partly an artifact of the shifting composition of the sample over time—namely, a preponderance of large (>100 MW) projects completed in 2013, some with tracking and/or premium efficiency modules, that may have been contracted 3 to 4 years earlier.

As shown in figure 3, installed prices have fallen much more substantially over time for systems with crystalline silicon (c-Si) modules than for those with thin-film modules. For example, among c-Si systems with tracking, average installed prices fell by $3.4/W (52 percent) between the 2007-2009 period and 2013. By comparison, the average price of thin-film projects remained virtually unchanged over that span, leading to a marked convergence in pricing between the two technology classes.

As with residential and commercial PV, installed prices for utility-scale PV also vary widely. Among utility-scale projects completed in 2013, installed prices ranged from $1.9/W to $4.9/W, with most projects falling within a narrower range from $2.6/W to $3.5/W (the 20th and 80th percentiles, respectively), and similar or greater levels of variability in prior years. As shown in figure 3, differences in system configurations contribute, to some extent, to pricing variability in the dataset as a whole. Clearly, though, substantial variability also exists within each technology class, reflecting other installed price drivers (e.g., project size, whether this project is built on public vs. private land, whether land is leased or owned, design requirements associated with specific climatic conditions, etc.).

The available data confirm incontrovertibly that the PV industry and policymakers have succeeded in driving significant reductions in PV system prices over the past decade, and those price declines are chiefly responsible for the dramatic acceleration in PV deployment in recent years. To date, however, installed price reductions have been driven primarily—though by no means solely—by falling global PV module prices, which have recently flattened. Given the limits to further reductions in module prices, substantial additional reductions in installed prices will thus hinge critically on achieving significant reductions in PV system soft costs and other non-module costs.

The fact that installed prices in many other major international markets are well below U.S. prices, as well as the wide variability of pricing within the United States, suggest that deep near-term reductions in soft costs may be possible. Although such reductions may accompany increased market scale, it is also evident that market size alone is insufficient to fully capture cost reduction potential (as suggested by the fact that many of the U.S. states with the lowest installed prices are relatively small PV markets). Sustaining the recent pace of installed price declines will thus likely require a broad mix of strategies, including incentive policy designs that provide a stable and straightforward value proposition to foster efficiency and competition within the delivery infrastructure, targeted policies aimed at specific soft costs, and basic and applied research and development.

Third-party ownership of customer-sited PV systems, through power purchase agreements and leases, has become increasingly common for PV systems of all sizes.The preceding installed price trends are based primarily on information reported to state and utility PV incentive programs. For certain types of third-party owned (TPO) systems—namely, those systems installed by integrated third party providers that provide both the installation service and customer financing—the installed price data reported to PV incentive program administrators generally represents an appraised value. In order to eliminate any bias that these appraised values might impart, systems installed by integrated TPO providers were removed from the data sample. Other TPO systems, however, were retained in the sample, and in general, the installed prices reported for these systems are similar or slightly lower than host customer-owned systems.