Are We Asking the Right Climate Change Question? On her deathbed, Gertrude Stein asked, “What is the answer?” When no reply was forthcoming, she rephrased her dying words to: “Okay, then, what is the question?” 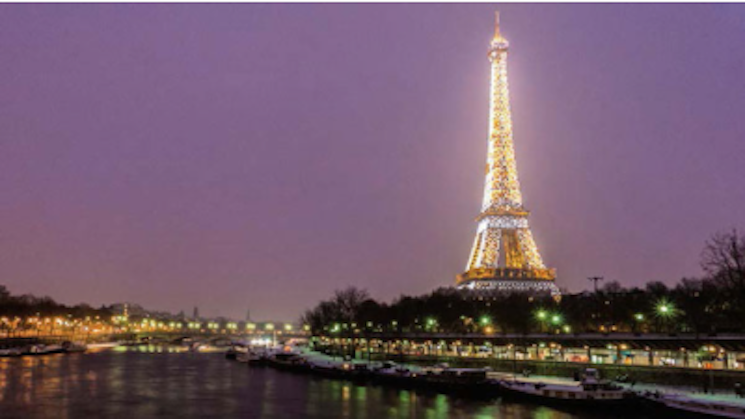 Even if the delegates to the December 2015 United Nations climate change conference in Paris are able to forge an agreement, ratification by the signatory nations is still years away. Photo credit: Yann Caradec, CREATIVECOMMONS.ORG/LICENSES/BY-SA/2.0/

In my experience, good answers are the products of good questions, and I have begun to doubt the efficacy of the question being debated by climate change stakeholders. There’s a lot riding on the current negotiations. The hope is that the end product of the December 2015 United Nations (UN) conference in Paris will be a definitive, enforceable treaty that results in a global reduction of greenhouse gas (GHG) emissions.

Oddly, my concern is not that an accord will once again prove elusive, but that in fact it will be reached. For someone who has been a clean energy and environmental advocate for more than 30 years, my current concern is, to say the least, ironic.

It is not that I doubt the necessity or importance of reducing GHG emissions, particularly carbon. My concern is that the accord will be crafted to answer a question—how do we slow or stop GHG emissions as quickly as possible?—that no longer addresses the central issue. If the UN negotiations focus on an incomplete question, the resulting accord will be more palliative than curative.

In addition, the accord has been too slow in coming, and—even assuming the delegates to the Paris conference are able to forge an agreement—ratification by the signatory nations is still years away. An agreement reached in 2015 would not take effect until at least 2020 to give the signatory nations time to ratify it. Only after ratification would implementation presumably begin in earnest. And given the politics in some nations—the United States, for example—it is not beyond the realm of possibility that a number of the most important nations will never approve it.

What I am proposing is in principle quite simple—immediate, widespread collaborative actions that cut across disciplines, organizational missions, and ideological divides. I am also urging that the hard decisions be made in the near term and not deferred. Delaying decision making or implementation for years deprives the world of its most valuable asset in responding to catastrophic environmental change—time!

The question, therefore, is how to create in the near term an operating global framework that can marshal the considerable resources of the public and private sectors to devise and deploy collective actions at a scale and within a timeframe that ensures an environmentally and socially resilient world and supports individual and community health and well-being?

To frame and answer the question, I approach the matter from three directions. First is articulating the question based upon a realistic vision of the future. Second is suggesting strategies for achieving the desired outcomes through collaboration. Third is dismissing the blame game as a ploy that perpetuates dissention, prevents cooperation, and patently ignores reality. The fact is the climate is changing and we need to respond to it on a global scale.

People everywhere aspire to progress and prosperity. An integrated response strategy built around a focus on resilience holds the promise of fulfilling those desires without damaging the local and global environment. What’s required is a strategy aided by government action but not solely dependent upon it; a strategy that—with enough social pressure—can stimulate a more rapid evolutionary change in meeting the broad environmental challenges; a strategy that calls upon all of us to leave our silos of proffered solutions and find ways to weave them into coordinated programs that can turn adversity into opportunity.

The result will be disruptive to the status quo. Powerful special interests will almost certainly push back against the required changes: achieving carbon neutrality in years rather than decades, encouraging significant investment in resilient infrastructures, and providing substantial monetary support for poorer countries by richer ones. Future investments must be measured, practical, and focused on creating new economic opportunities rather than preserving old and harmful technologies.

Which brings me to the difference between “resilient” and “sustainable.” Often used interchangeably, they represent two very different concepts and, as a consequence, imply the need for different but compatible sets of answers.

According to Joseph Fiksel, executive director of the Center for Resilience at Ohio State University, “resilience is not just the ability to bounce back quickly from a disruption. Rather … [it is] the capacity for a system to survive, adapt, and flourish in the face of turbulent change and uncertainty.” These are the very types of interconnected environmental, sociological, financial, and political uncertainties that threaten today’s world.

Sustainability carries with it a sense of certainty based on what was, while resilience implies preparing for the unknown and what is to be. A resilient world implies a sustainable one; it is not at all clear that the opposite is true. Resilience is a strategic concept that defends society against misfortune, thereby sustaining it, but approaches crisis planning as an opportunity for the development of new economic and technological approaches to continued global progress.

Perhaps most importantly, planning for resilience diminishes reliance upon national/global political decision makers and the passage of nationalized or global, top-down policies. It accomplishes this by increasing the role of community and corporate leaders, who are more proximate to the various consequences, have the greatest incentives to act in their own and their community’s interests, are less impacted by divisive political ideologies, and have the capacity to move more quickly than national or global policymakers faced with cumbersome bureaucratic rules and countervailing political pressures.

An example is the unlikely alliance of environmental groups and the Tea Party in Georgia in support of consumer choice in the deployment of solar energy. It is a phenomenon reflected currently in the climate change field as local communities have been implementing solutions, while global negotiators have been—well—negotiating (for nearly a quarter century).

Framing the right question is admittedly easier than answering it, and I do not claim to have the definitive answer. I do, however, hold that the current disjunctive dialogues and the investments currently being made need to be rewoven into an integrated, flexible, and inclusive structure that can guide individuals, communities, and the public and private sectors in framing and addressing the questions. The ultimate solution is as much a matter of logistics and behavior as it is technology or legal frameworks.

An important component of the question is how to get the message about the need for rapid and integrated action effectively into the public domain. Here too, the answer is collaboration, in the form of a unified social media campaign—a “Climate Spring,” so to speak.

Through Facebook, Twitter, LinkedIn, YouTube, and other social networks, the reality of climate change can be used to promote a nonpartisan, non-doctrinaire message about the importance of creating resilient communities and a groundswell of support for positive, near-term action. Unlike social media campaigns of the past, however, the message of this campaign should be simple, constant, and, most importantly, agnostic.

It must be sponsored and initiated by individuals and organizations that don’t typically work together—environmental groups, clean energy organizations, private industry, financial institutions, Republicans, Democrats, pro-union, anti-union, and allied and non-allied nations. The point is to create shock and awe by demonstrating that diverse organizations of often conflicting agendas can agree that environmental change, no matter its cause, is a substantial threat that must be addressed collectively.

I am confident a properly crafted social media campaign that rationally relates the consequences of a changing environment to everyday life—rising food costs and new economic opportunities, for example—and is shown to be supported by “unlikely allies,” will resonate with people and accelerate the pace of positive global action.

Joel Stronberg, J.D., has been principal of The JBS Group, a Washington, D.C.-based sustainable energy and environmental consulting practice for more than 35 years. He has served as special counsel to the U.S. Department of Energy at the Under and Assistant Secretary levels and is a senior fellow at the Worldwatch Institute.

This article is an edited version of a more comprehensive discussion available for download here. A discussion of the “Climate Spring” social media campaign is available at climateresiliencymatters.net and another recent climate change article is at bit.ly/1c1RlXJ.