Will Putin’s War Be a Major Setback to the Energy Transformation? 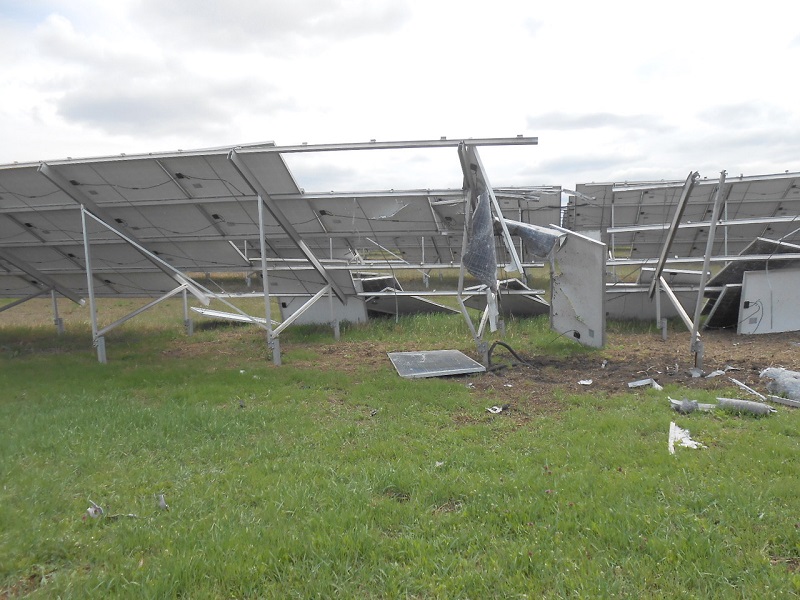 Ukraine’s power sector, which includes several utility-scale PV systems, has by no means been immune to Russia’s aggression. A secure and reliable power sector is essential to any country’s resistance and defense against military aggression, so it is not surprising that Ukraine’s power grid, including some of the PV arrays, has suffered significant damage in the past months.1

Furthermore, despite the severe economic sanctions imposed on Russia by many Western countries to punish its aggression, we find that much of the war can still be financed by sales of domestic fossil fuel resources.

The tragic irony is that many of those same countries that are imposing sanctions are still highly dependent on these fossil fuel supplies to meet their own basic heating, transport and electricity needs.

European countries in particular are highly dependent on Russian fossil resources (notably, natural gas), and are facing a potentially serious shortfall this coming winter.2 But around the world, most countries, even the United States, are also feeling the pinch of rising fuel prices such as with gasoline, in part due to the removal of Russian fuel oil from the global market.

This conundrum regarding Russian sanctions brings into even sharper focus the need for immediate action to transform the energy sector into one that is secure and reliable for all end users. All countries need energy systems that are resilient in the face of disruptions due to a wide variety of threats, whether the threats are caused by natural events or military aggression.

Policymakers and researchers alike have already come to realize that current national efforts to limit global warming to no more than 1.5℃ above pre-industrial levels, the target of the Paris Climate Agreement signed in 2015, are woefully inadequate.3 There is clear evidence of the need for much more ambitious steps to be taken, as indicated in data presented by Climate Action Tracker.4

But instead, the world is at risk of sliding further backward in achieving a clean energy transformation that will meet the Paris commitments. Current geopolitical and economic factors include not just the war in Ukraine but also global inflation with a looming recession, supply disruptions, tariff battles and forced labor, all of which are sapping our carbon-emission-reduction efforts. However, it would be shortsighted if we let actions that address the current global geopolitical challenges derail the critically important clean energy transformation. Here are three steps we can take right now to help keep us on track to achieve net-zero emissions by 2050.

We can support some key positive responses to the destruction to Ukraine’s power structure. Actions by NGOs and individuals are resulting in donations of small standalone solar systems to help supply power to Ukrainians who no longer have access to the national grid.

One key action would be to contribute through the Energy Act for Ukraine Foundation,5 founded by Yuliana Onishchuk and supported by the Solar Energy Association of Ukraine. Additional actions are being taken by global renewable energy associations such as the World Wind Energy Association and the Global Solar Council.6,7

These initiatives offer a dual purpose of providing immediate relief to the loss of reliable power resources in Ukraine and expanding the visibility of how solar plus storage can quickly replace the loss of the grid with a new source of affordable and reliable power.

We can highlight how the recent rise in gasoline prices, caused in part by international sanctions against Russia’s war on Ukraine, has raised global consumer interest in electric vehicles. In the United States, recent sales of EVs have risen to over 4% of all vehicle sales in part as a response to the increase in gasoline prices.8

While EVs are still more expensive to buy than gasoline vehicles, EV-specific loans are helping provide more access for more people looking to switch.9 And, as recent reports show,10 the annual cost of operating an EV is typically far lower than the cost of a conventional gasoline-powered car.

We can take aggressive measures that demonstrate how to transform the domestic heating and cooking sector to clean forms of energy, such as electric heat pumps, induction and solar stoves, and building electrification.

Putin’s war is demonstrating in stark terms some of the key challenges we are facing to shift ourselves away from dependency on fossil fuels. We need to seize upon these challenges and broaden the message as to how clean energy technologies can offset the energy insecurities created by wars of aggression and how these technologies will replace dependencies on imported fossil fuels, especially when the foreign sources are from unreliable countries.

Organizations such as the American Solar Energy Society must reach out to all stakeholders to overcome shortsighted decision-making. As individuals, we all must expand our own orbits and bring into the conversation those who fear the energy transformation will be unjust to them.

Clarification: After the publication of this article, Russian President Vladimir Putin intensified the war effort in Ukraine because Russia was not succeeding. Ukrainians talked about planning an ambitious green reconstruction. Russia switched off Europe’s main gas pipeline. And the International Atomic Energy Agency sent observers to the Zaporizhzhia nuclear plant.

Paulette Middleton is an expert atmospheric chemist and sustainability advocate. She has worked as a scientist at the National Center for Atmospheric Research, the U.S. Environmental Protection Agency Science Advisory Board, the Atmospheric Sciences Research Center at State University of New York Albany, Science & Policy Associates, RAND Corporation, and her consultancy Panorama Pathways. She has served on the boards of directors of the American Solar Energy Society and the International Solar Energy Society and currently is chair of the ASES Sustainability Division.