Solar for Zero Down: Too Good to Be True? 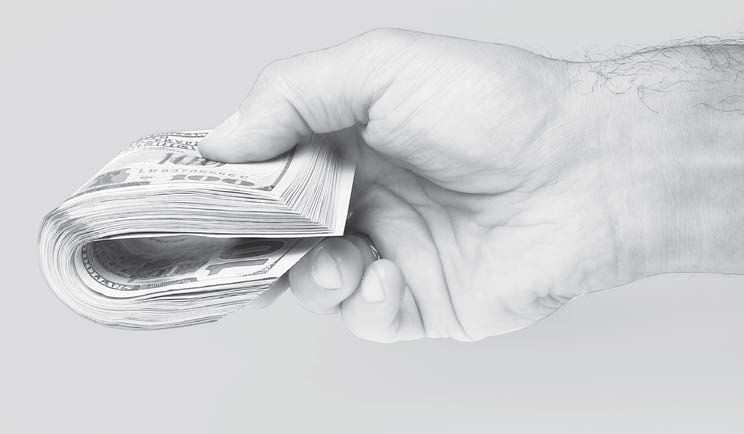 © Kostia - Most people think that purchasing a fully-financed solar system is a sales gimmick designed to put money in the hands of solar companies or financial institutions.

It sounds too good to be true that one can “go solar” for zero money down and a monthly payment guaranteed to be lower than a monthly utility electric bill. Some people think that offers to buy or benefit from these types of fully-financed solar systems are a scam. Even in educated, progressive areas such as the San Francisco Bay Area, there is the perception that solar sales offers, door-to-door solar canvassers or robo-callers are part of a scheme to defraud them.

Most people do not believe that offers to “go solar” on terms that would immediately enable them to save money every month could possibly be true. People think that benefiting from a fully-financed solar system will cost way more than solar companies tell them and that the offers are a sales gimmick designed to put money in the hands of solar companies or financial institutions. Yet, these are legitimate offers from reputable companies.

Why Would Anyone Not Want to Save Money Every Month?

When I began working in the solar industry thirteen years ago, third-party financing for solar did not exist.

In 2006, the holy grail that people in the solar industry sought was a third-party financing structure that made solar affordable to people who could not purchase systems for cash. People in the industry believed this would cause the solar industry to grow exponentially. About a year and a half into my solar career, the first solar financing models came to the market.

In 2007, as General Counsel for Akeena Solar, I negotiated one of SunRun’s first Master Agreements for their residential solar financing product. Now, SunRun is the number one company in the U.S. that offers fully financed systems for homeowners. From 2007 to 2009, Akeena Solar also entered into agreements with several companies that offered the very first third-party financing for commercial solar projects. Everyone was on a learning curve when it came to developing those early documents and relationships.

Those emerging third-party solar financing companies did not depend on subsidies. Most were structured around the Power Purchase Agreement (PPA) model where a company installs and owns a solar system on someone else’s property to whom they sell the electricity the system generates over a period of time, often twenty or more years, with periodic options for the property owner to purchase the system. The others were based on the solar leasing model, which has a similar effect, but different structure as the equipment is leased based on monthly payments from the property owner. The development of third-party PPA and lease financing structures for solar solved the puzzle that existed thirteen years ago about how to off er customers to “go solar” through a fully financed product. These PPA and lease financing products gave solar companies the ability to off er customers, with predictable discounted electricity pricing, the ability to ‘go green’ and even includes options to purchase the solar system before the PPA or lease ends.

Countless third-party financing companies for solar now exist with each having a different focus/expertise from residential, to commercial, to affordable housing and beyond. Some companies set up a tranche of projects that they group together to be financed in one package, such as pooling together financing for multiple solar projects. In other cases, a single larger project is financed using the PPA or lease financing model. In my law practice, I routinely set up PPA financing arrangements for small to mid-size solar projects.

Now, banks and credit unions almost all provide some type of solar fi nance product. In some cases, the bank’s financing can provide better terms than a PPA or lease financed system. Again, only thirteen years ago, these banks were unfamiliar with how solar works and unwilling to provide traditional loans for it. Most solar installers and developers have developed a connection with their local bank and incorporate the bank’s financing terms into their solar proposals for customers. There are now many financing options for different locations, people and circumstances. In many states, such as California, government financing is even available through an adder on property taxes known as Property Assessed Clean Energy (PACE).

As a result, multiple ways now exist for large and small solar companies to provide residential and commercial property owners with fully-financed solar proposals. The solar company could be a large company with its own internal fi nance product structured on the PPA or lease type of financing model, such as SunRun, Vivant or Tesla. Or, it could be a local solar installer or developer utilizing a bank’s traditional lending structure or PACE. Either way, it is now readily possible to go solar for zero money down and a guaranteed monthly payment lower than the utility’s electric bill. The third-party financed solar system has withstood the test of time and been proven to work. So, why do most consumers believe that these offers from solar companies are a scam?

A disconnect exists between what those in the solar industry have learned over the last decade and what most Americans hear, believe and understand.

A dire education campaign is needed to catch up the American public with what is happening in the solar industry. The industry cannot take for granted something that the public does not understand. Solar should be just as integral to every property as water and plumbing. With the availability of third-party financing, this is now possible in almost every state in the U.S. with people saving money starting on day one after their system’s installation. Solar with zero money down is not too good to be true, and if we change this misunderstanding, we can create a massive rollout of third party financed solar systems and start saving people money while protecting the planet.

At this point in solar’s transformation of our electric supply, most people are familiar with the acronym “PPA.”

However, in case you missed it, in the PPA arrangement, a for-profit Special Purpose Entity (SPE) is set up that will own the solar system and sell the electricity produced from it, or lease the solar equipment to the customer in order for the Federal Investment Tax Credit (ITC) benefits to be utilized. To accomplish this model of financing, individual investors join in a business enterprise to develop the SPE for the solar project, and thus, financing is achieved by member investments, grants and tax incentives. Under this model, the SPE enters into a site lease agreement to keep its solar system on the customer’s roof or adjacent property. Although the SPE makes a profit –e.g., all electricity sold to the customer must be sold at a fair market value (FMV) – customers can benefit from better electricity or lease pricing and overall terms than if they purchased the same amount of power from their local utility.

To make this type of financing model work, the SPE has one or more tax equity investors who take advantage of the tax benefits associated with owning a solar project. This is often accomplished by the SPE partnering with tax motivated investor(s) via a fl ip structure or sale/leaseback. In a fl ip, the SPE partners with the tax motivated investors in a new special purpose entity that owns and operates the project. Most of the benefit flows to and equity comes from the tax equity investors until fully monetized (reaches agreed-upon rate of return). Then, the allocation of benefits and majority ownership flips to the SPE (minimum 5 years). After the fl ip, the SPE can buy out the tax equity investors. In a sale/leaseback, the SPE installs the solar system and then sells it to tax investors who lease it back to the SPE as a lessee. The SPE is responsible for operating and maintaining the solar system and making lease payments to the tax investors.