Shining Cities 2019: The Top US Cities for Solar Energy Solar power more than doubled in most major U.S. cities over past six years 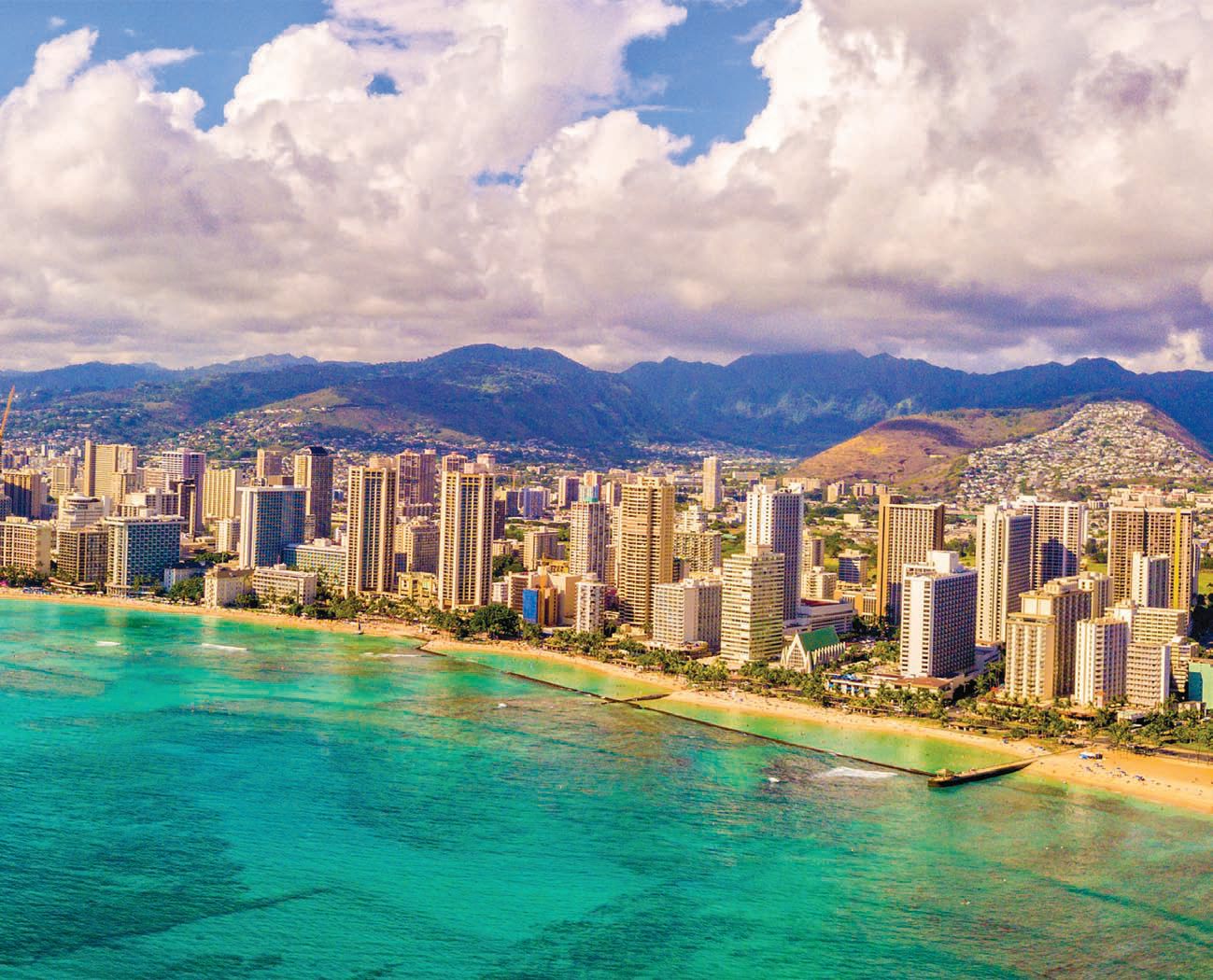 ©ingusk - Honolulu, Hawaii is rated the number one US city for solar energy installed per resident. This performance from Hawaii’s capital reflects strong state and local commitments to tackle climate change. In 2015, the Aloha State committed to using 100% renewable energy by 2045.

Over the past six years, solar energy capacity more than doubled in 45 of America’s 57 largest cities, according to a new study released today by Environment America Research & Policy Center. The report, Shining Cities 2019: The Top US Cities for Solar Energy (https://bit.ly/ 2UKVaeh), is the sixth annual edition of the most comprehensive survey of installed solar photovoltaic (PV) capacity in major U.S. cities.

Along with the vast majority of cities that showed marked growth in solar capacity, a select group made even greater strides in going solar between 2013 and 2018, the report finds. Onethird of the cities surveyed in all of the report’s editions more than quadrupled their installed solar PV capacity over that period.

“Cities are rapidly adopting solar energy and driving the renewable energy transition across the country, bringing pollution-free power to our homes, schools and workplaces,” said Bret Fanshaw, Go Solar Campaign Director with Environment America Research & Policy Center. “We applaud the leadership shown by many cities and invite even more to let the sunshine in.”

Beyond the historical analysis, the 2018 report expanded to include 69 major U.S. cities. The newest numbers show that Honolulu rates No. 1 for solar energy installed per resident. This performance from Hawaii’s capital reflects strong state and local commitments to tackle climate change. In 2015, the Aloha State committed to using 100% renewable energy by 2045.

“As mayor, I am proud that Honolulu continues to lead the nation with the highest solar PV capacity per capita,” said Honolulu Mayor Kirk Caldwell. “O‘ahu residents are making great use of one of our most abundant resources, the beautiful Hawaiian sunshine. As more residents install rooftop solar to power their homes, heat their water, and lower their energy costs, our city moves closer to achieving the goal of decarbonizing our economy.”

When it comes to overall solar power capacity, Los Angeles remains the leader for the second year in a row, after ceding the top spot to San Diego two years ago. L.A. has taken this spot in five of the six years of the survey.

“The difference between cities leading on solar energy and those that are lagging is effective public policy – at the state and local level,” said Abigail Bradford, report co-author and policy analyst at Frontier Group. “A dozen cities in our report have made commitments to use 100 percent renewable energy and many more have programs and policies that encourage residents to install solar panels.”

Josh Chetwynd works on national communications and media relations for The Public Interest Network and Environment America. He’s penned seven books, including one New York Times best seller and a National Public Radio (NPR) best book of the year. As a broadcaster, he worked for BBC Radio, among other outlets. Josh is an avid curler and former professional baseball player in both the U.S. and in Europe.