10 Awesome Solar-Powered Gadgets for Your Home 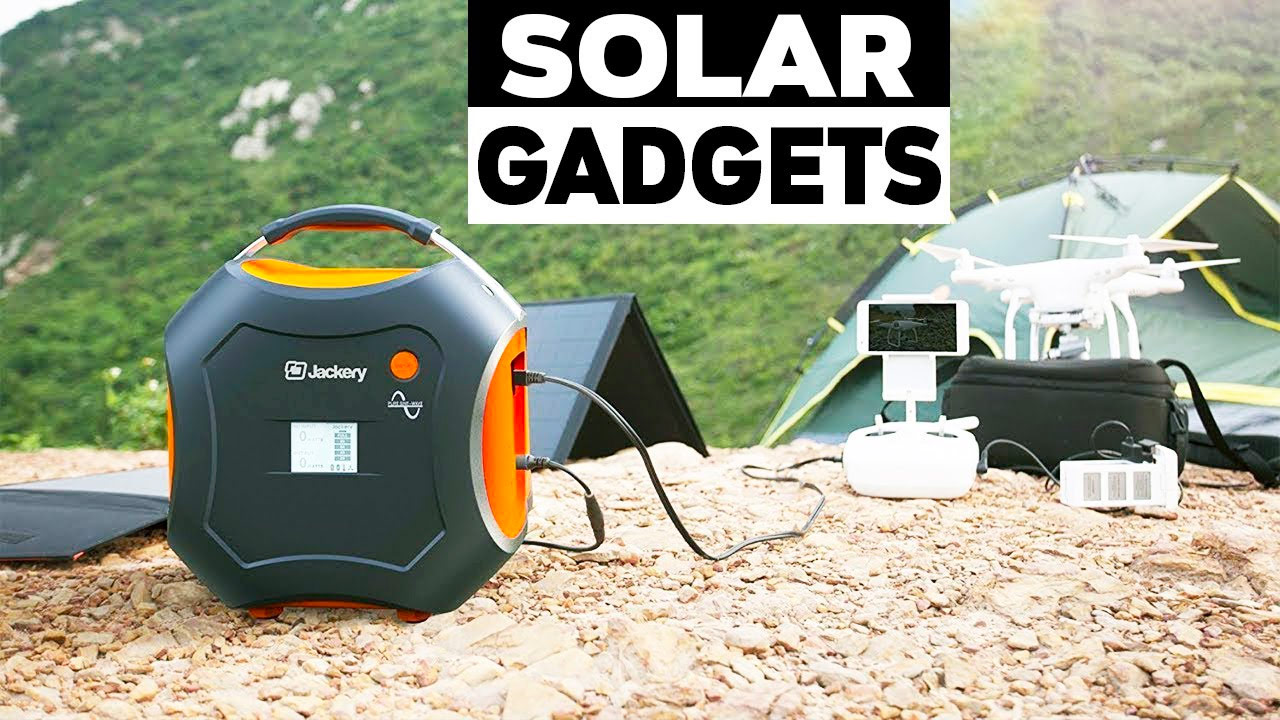 Isn’t the sun just wonderful? Its light is amazing. Apart from its well-known role in photosynthesis, the glow the sun brings on the earth cannot be compared to anything else. Generally, the importance of the sun to living organisms (plants and animals alike) can also not be denied. The importance of the sun in the growth and development of children cannot be denied.

However, in recent years, the sun has become even more important, as the discovery of its usefulness has brought about the invention of gadgets. These gadgets are known as “solar-powered gadget” and just as their name connotes, they are powered by the sun’s energy. These gadgets have successfully gained relevance and popularity in the past few years and some of them have become a “must-have” in homes. Users have embraced solar-powered gadget as well as they have embraced electronic gadgets. In fact, the rate at which these gadgets have become popular has also been enhanced by the call for the maintenance of a greener earth, using green energy.

Now, take a peep into the future. Visualize a world where everything works using solar power, because a picture of the earth’s future will be incomplete without the presence of solar-powered gadgets. Imagine your car, refrigerator, security lights, dishwasher- all harnessing the power of the sun. Afterall, the sun is a free gift of nature. What if I told you the future you imagined is now?

Yeah… with the rate of pollution, global warming, and ozone layer depletion, you shouldn’t give switching to the greener side of power a second thought. It is rather an idea that you should be happy to embrace, so you play your role in making the earth safer for now and for generations to come.

“So, which solar-powered gadgets should I get for my home?” You ask.

This article was written to answer that question by putting together a couple of solar-powered gadgets that will be great for your home.

10 Amazing Solar-Powered Gadgets for Your Home

Here are 10 gadgets you could incorporate into your home in order to effectively harness the amount of energy produced by the sun:

In the 21st century, our phones have become our most prized possession. Skipping long bank queues by sending money through your smartphone or speaking to a friend thousands of kilometers away are only but a few things we could do with our phones.

There’s a limit to what impact one can make in today’s world with no phone–you probably won’t want to try to attempt it.

You don’t even want to be in a situation whereby your phone is off for hours. You would totally hate it. Definitely, we can’t stand running out of phone power! However, sometimes, power outages are inevitable. This is why the idea of power banks came to light–to charge our phones when they run down and we can’t get electricity to charge. But what happens when there is no electricity to charge this power bank of yours?

You would definitely agree that a solar-powered power bank will fit perfectly into such a situation, wouldn’t you?

With a 5000mAh battery capacity and a dual-port for charging both your iPad and iPhone, this five-panel solar charger has got you covered.

What’s more? With a portable size; making it easy to be fitted into your bag on a daily basis or while traveling. Additionally, it can be easily placed at your window for charging from its source–the sun.

Yeah… that’s right—a hat charger. The person who invented this technology is definitely a genius. Basically, having this hat on a sunny day gives two implications; you’ve got some protection from the blazing heat and at the same time, you’ve got a direct power source, heating up your hat and making it ready to charge up your phone once you have a low battery. Without a doubt, this gadget also makes you look really cool (if you know what I mean). I mean…who would imagine that you are charging your phone from your hat?

Outdoor camping experiences are great. The peace, serene, tranquil; but then comes to the insects…Arghhh. In fact, their presence makes you realize that you are really camping outdoors.

Camping soon and looking to avoid those insects?

Here’s a solution: get this solar-powered UV bug zapper and LED garden lamp. Alongside lighting your way during the evening walk, they keep away the annoying buzz of garden insects. If you are a night lover, this would be a great investment, as you can drive, jog or camp all night long (while enjoying the cool breeze) without having to worry about those insects.

Are you tired of using fireplaces to escape the freezing cold during winter? If yes, then you should totally try this amazing solar-powered invention. Made using a special fabric which attracts heat, this jacket is the first of its kind to harness the heat produced by the sun. Your winter can be cozy and warm, as long as you get this jacket which sucks all the heat in your environment and brings it to you.  Additionally, you probably wouldn’t get a fireplace to stay warm while you’re outdoors in winter, but this jacket is one that can stay with you through and through.

The smaller versions are cool. If you are wishing to step up your home appliances- don’t forget to get a GoalZero Solar powered generator. It is great to have  solar-powered gadgets, but you would still have a couple of electricity-powered gadgets (such as your refrigerators, TVs and computers).

It turns out these solar-powered generators are more powerful generators which can carry your laptops, refrigerator, blender, and other highly rated appliances. If you aren’t comfortable with the common types you see on the market, check out the best solar generators according to SolarGenerator.guide

Remember, they are solar-powered- meaning a more eco-friendly environment, compared to the regular generator sets that are known for polluting the environment.

Your computer already draws so much power, so why let your keyboard take more? Now, imagine having a wireless keyboard which when fully charged could last for as long as 3 months? Cool huh? Yeah! This is a solar-powered gadget that definitely cuts down on your electricity use.

Keep your garden shining with the aid of these LED lights, as they were designed to give a special colour effect to your garden without adding to your already bulky electric bill.

Hey! All you music lovers gather here. Though you shouldn’t be expecting some high-quality music and intense bass sounds like other bigger speakers, here is something portable that the sun’s power can help you run. So, even when there’s a power outage, the show can go on. It is water-resistant as well- no fears.

To Wrap It Up

You needn’t care so much about electricity anymore, all you really need to do is get these gadgets and let the sun do its thing.

4 Replies to “10 Awesome Solar-Powered Gadgets for Your Home”

This will close in 0 seconds