AT Solar Power International (SPI) in Chicago, in late October, most exhibitors were as busy as they could hope to be, at least for the first couple of days. The Solar Energy Industries Association (SEIA) and Solar Electric Power Association (SEPA) rented some 510 booths, and SEIA Vice President Tom Kimbis estimated the attendee count at about 13,000.

This is, of course, down sharply from a few years ago. In 2010, two years into the recession, the Los Angeles show boasted 1,222 exhibitors, and attendance was estimated at 25,000. It’s a clear sign of industry consolidation: fewer companies, each with a larger piece of the pie. Bear in mind that while the show has been shrinking, installations continue to boom: measured by installed wattage, photovoltaics (PV) has grown 100 percent a year, then 80 percent, and is predicted to climb 30 percent this year in the UnitedStates. Meanwhile, for a variety of reasons, installations continue to double annually in maturing economies — countries diversifying their revenue and energy models. China, India, Brazil and the oil emirates belong in this category.
Some of the biggest corporate players didn’t bother to take space in Chicago. SunPower and First Solar haven’t needed to exhibit for a couple of years now. They’re secure in their markets. Enphase doesn’t need the show. Sharp is quietly rebuilding in North America but needs to focus all its resources on meeting domestic demand in Japan. A number of undercapitalized enterprises are gone, or have been absorbed by larger companies. The strongest don’t need the show, the weakest drop out, and that leaves SPI populated by companies still competing for growth.

For an increasing number of exhibitors, a key to growth is selling products and services to power purchase agreement (PPA) companies. Pioneered by Jigar Shah at SunEdison in the commercial-scale market, PPA has recently enjoyed about 80 percent of new residential installations in the high-incentive states where SolarCity, Sunrun, Sungevity and their competitors prefer to do business. These companies weren’t at the show (SolarCity was represented by its new acquisition, Zep Solar), because they need to sell to end users, not to trade show attendees. Shah noted that the search engine optimization model — selling residential solar through elaborate websites — hasn’t brought these companies to quick profitability. Neighbor-to-neighbor communication — the old-fashioned Tupperware party — is beginning to look like a more productive marketing channel. Ask some of the successful regional installers (Standard Solar, for example) about that. With today’s low interest rates and the wholesale price of modules plateaued at about 85 cents per watt, smart end-users are figuring out that they can get no-money-down financing and own their systems outright — especially for new construction. And the new-housing market is on the rebound.
For some years the most important influence on the North American solar market has been the Chinese government. Government-owned banks in China have this year been telling module factories to begin showing a profit. This, in combination with new trade restrictions in the United States and the European Union, has halted the downward trend of module pricing. Silicon modules are likely to remain stable at 80 to 85 cents per watt for the foreseeable future, offering some breathing room to surviving thin-film fabs. In fact, the moribund turnkey fab market is now selling successfully into China and other maturing economies. Meanwhile, factories are selling off their excess inventory. Supply and demand should rebalance sometime in 2015.

China’s middle class is now larger than that of the United States, and it’s growing tired of breathing the world’s most polluted air. And so, China has begun building solar and wind farms as fast as it can. The wealthy oil emirates are installing PV factories and solar farms on an accelerating scale because it makes no sense to burn oil for electricity when it can be sold for more than $100 a barrel. And in a world in which fresh water is becoming as scarce as easy oil, solar thermal has a huge role to play in future desalinization plants.

In the United States, utility companies are now aware that distributed generation is poised to kill their business model. Where it’s feasible, they’re working to secure centralized renewable power that can be sold on the traditional model, like large hydropower has always been sold. And they’ve begun fighting back against net-metering and renewable portfolio standards. The battles will be fought state by state, and will be won by the renewable energy community with help from local activists. Recent battles in Arizona and Georgia show that voters on both sides of the red-blue line like the idea of personal energy independence. Future fracking wars in other parts of the country are likely to create new allies for renewable energy.
In Germany, the threat to electric utility finances has already produced incentives for owners of small solar systems to consume their own power on site, if necessary by using battery storage. In parts of the United States, utilities don’t want to net-meter battery-backed systems. They’re afraid they’ll wind up buying back power they’ve already sold. It’s a specious argument in a time-of-use rate structure: Who’s mad enough to buy electricity at 35 cents per kilowatt-hour and sell it at 8 cents per kilowatt-hour?

The issue may be resolved through confrontation with some very large utility customers — universities, hospitals, factories — who want the stability of their own storage-backed microgrids.

Meanwhile, progress is rapid on the permitting front, with some dramatic developments. Chicago Mayor Rahm Emmanuel told his audience at SPI that the city will approve solar construction permits within one day — drop off the application in the morning, pick up the permit in the afternoon. Sounds great! Chicagoans will be forgiven some skepticism about the efficiency of the inspection process.

At the federal level, we now have an RPS bill in the Senate. It’s not likely to go anywhere while the House remains in polarized disarray. The key issue for most large solar companies will be to keep the investment tax credit alive after 2016. The PPA corporations will be most heavily affected by any ramping down of the 30 percent investment tax credit — after all, they make a lot of money by bundling those tax credits the way investment banks bundle home mortgages. 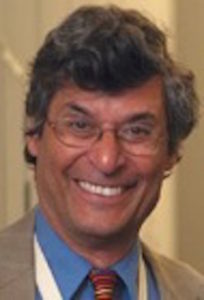 Meanwhile, thanks largely to the success of PPA companies, mainstream financing has become broadly available to solar developers at all scales. With that accomplished, survivors of the ongoing consolidation look forward to steady growth as the economy recovers.

Seth Masia (smasia@ases.org ) is the executive director of ASES and the editor of SOLAR TODAY.