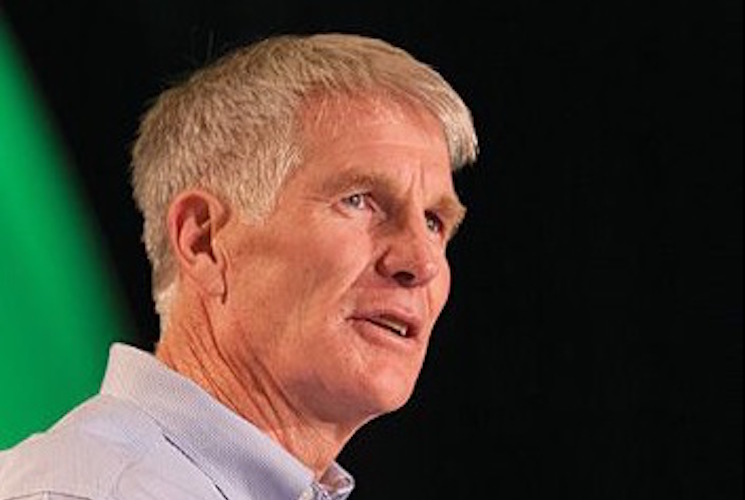 When James “Randy” Udall of Carbondale, Colo., passed away in July while hiking through the Wyoming wilderness, the renewables industry lost one of its greatest supporters, and greatest challengers.

Udall was known as a realist, recognizing the quirks of human nature behind much of the energy status quo. He might rankle clean energy supporters in refusing to condemn the oil industry out of hand for giving Americans the lifestyle we demand. But that uncompromising honesty earned him the respect of climate scientists, environmentalists and petroleum developers alike. His most recent “big tent” project involved converting waste methane to electricity with partner Tom Vessels of Vessels Coal Gas, with financing by Aspen Skiing Co. and the utility Holy Cross Energy, at a coalmine owned by David Koch.

He had a way of putting things in perspective. Instead of getting caught up in debating the net energy available from the Green River oil shale formation in Northwest Colorado, his co-founder at the Association for the Study of Peak Oil–USA (ASPO-USA) Steve Andrews recalled, Udall would note that the best parts of the shale “had less than half the energy content of dried pig shit.” Those who knew him could be sure that he had crunched the numbers to back up his statement.

Indeed, it was Udall’s gift for speaking that many remember him for.

“He had an uncanny understanding of our country’s energy history and its challenges, and he could make the most confusing energy issue seem obvious,” said the National Renewable Energy Lab’s Chuck Kutscher, a former ASES Board and conference chair. “Where others might try to explain our remaining oil supplies with so many line graphs and bar charts, Randy would simply show a photo of a six-pack with four cans already consumed and crushed.”

Udall was an inspiration to many. He wrote his first article on climate change in 1987 and urged people to tackle the challenge through their personal lifestyle choices. Conferences of ASPO-USA, which he cofound- ed, drew professionals from throughout the international energy community. His work as director of the Community for Resource Efficiency (CORE) helped bring about Colorado’s first solar energy incentive pro- gram, the world’s stiffest carbon tax and some of the most progressive green power purchasing programs in the country. During his tenure, the nonprofit also helped pass the world’s first renewable energy mitigation pro- gram (REMP), in the Aspen area. The REMP has raised more than $12 million to retrofit public buildings with renewable energy through a surcharge for residents who exceed a strict energy budget.

“I can’t even think of words to describe our loss of our philosopher-poet-humanist leader,” said Dan Bihn, energy marketing and communications expert. “More than being the most recognizable face of the solar/ renewable energy movement, he was our most articulate heart and soul.”

Ron Larson added, “He was Colorado’s best renewable energy spokesperson because he allocated enough time to it.” The former ASES Board chair and retiree from NREL recounted Udall’s activism as an early board member of ASES’ Colorado chapter and beyond.

Larson voiced a theme of the many tributes to Udall: “Although we will miss Randy, we can and must now work harder to ensure his renewable energy dreams are fulfilled.”

Tributes from Sally Odland, Steve Andrews and John Theobald, all of whom worked with Udall to build ASPO-USA, and from Aspen Skiing Co.’s Auden Schendler, contributed to this article.