Fossils vs. Clean Energy: The Standoff That Never Ends 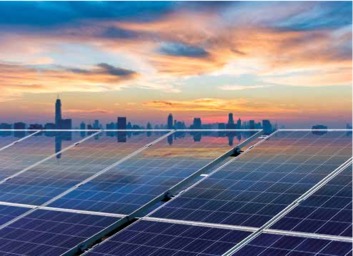 As climate change bears down on planet Earth, people wearing masks and trying to social distance will have compounding threats to deal with. This year’s hurricane season is forecast to be among the worst yet with 24 named storms expected – about double a typical season, say researchers at Colorado State University.

Calls for a green economic recovery from the coronavirus pandemic have been widespread, but so far fossil fuels have been among the biggest recipients of aid, with clean energy left behind. Amazingly, none of the money given to oil and gas companies has helped workers who have lost their jobs.

The only help clean energy companies have gotten: flexibility on paying taxes for renewable energy projects from the US Treasury and IRS. On the other hand, oil and gas companies have been able to claim losses retroactive to 2018, received funds they can use to pay off debt, and whittled royalty payments to US taxpayers down to almost nothing for drilling on public lands. But while fossil drillers pay as little as 0.5% royalties, solar and wind companies that build on public land saw their two-year rent holiday ended … and demands for payment retroactively!

Even worse, oil and gas lobbyists succeeded in voiding pesky rules that require them to monitor and test wells if it’s too much of a burden during the pandemic. This has worked out well for bankrupt fracking companies: they just leave their wells spewing methane into the atmosphere, while executives get paid huge bonuses. Who pays the tens of millions of dollars to close two million uncapped wells and clean up the mess? US taxpayers, says the New York Times. Nine states are suing the Environmental Protection Agency (EPA) for that.

Of 100 environmental rollbacks as of May 29, 2020, here are just some that favor fossil fuels:

While the Trump Administration has already given the fossil industry much of its wish list, lobbyists are planning much more if he is re-elected, says E&E News.

Their priorities include cutting renewable energy standards, winding down renewable energy incentives, waiving shipping rules for liquefied natural gas, much more drilling on public lands and offshore waters, and an all-out assault on environmental regulations. While Trump’s EPA has already stacked the deck by changing the way it calculates the cost-benefits of environmental rules, they want the focus to be on cost. They want an analysis on what the government spends on climate change as well as go back to court to determine if the government even has the right to regulate anything related to it.

Under cover of the coronavirus pandemic, the Trump administration is working on it. No other administration has tried to change the very mission of federal agencies that oversee our public lands.

When Congress sets land aside for forests, wilderness and grasslands, they are protecting the most biodiverse, important natural areas in the US – 193 million acres so far. No more. Oil, logging, mining, and grazing are the new priorities for the U.S. Forest Service!

In a one-two punch, they recently gutted the 50-year-old National Environmental Policy Act (NEPA), which requires environmental reviews of major projects, followed by public input. A raft of non-profits are going to court to reinstate NEPA.

It’s not just about our public lands. Destroying NEPA means companies will be free to put pipelines through our backyards or incinerators near our schools.

Invest in a Green Economy to Rebuild after COVID

Meanwhile, countless reports show that the way to revive our economy is through an aggressive national commitment to turning our nation Green. It would by far produce the most jobs…and well-paying, healthy jobs.

For example, Mobilizing for a Zero Carbon America shows that 25 million good-paying jobs would be created in electrifying our economy over the next 15 years. “For a world looking to bounce back from a pandemic, there is no other project that would create this many jobs,” say the authors.

Another report, Build Back Better, Faster: How a Federal Stimulus Focusing on Clean Energy Can Create Millions of Jobs and Restart America’s Economy, focuses on investments in energy efficiency, renewable energy and grid modernization, which alone would create 860,000 jobs.

“A return to ‘business as usual’ would not just be a monumental failure of imagination, but lock in the inequities laid bare by the pandemic and the inevitability of more devastating crises due to the climate breakdown,” says the group C40, in their report C40 Mayors Agenda for a Green and Just Recovery.

Their plan includes investing in clean energy and job training to help people transition from polluting industries to sustainable ones. It emphasizes improving public services like mass transit, creating “15-minute cities” where people can meet much of their needs in a short walk or bike ride from home, and investing in parks, green roofs, and infrastructure that reduces the risks of extreme heat, drought and flooding.